Always Take The Weather With You

I’m beginning to suspect we may have magical powers. Every time we return to Scotland to conduct our annual basking shark survey the weather is, well, perfect.

It’s as if we brought the sunshine with us from Grenada, although, happily, without the trade winds. I think we should apply for a post as rain dancers in reverse—think of what that would do for the tourist economy!

Sailing with a purpose

Regular readers will know that that I’ve been engaged in marine conservation survey work for many years, and indeed had the great good fortune to meet Lou on one of my surveys. However, after nearly twenty years working at it my body told me it was time to slow down and go long distance cruising for a while. But, like an addiction, it keeps calling me back to continue our work, and hang the aches and pains.

It’s a risky business, though, as choosing the dates is tempting fate, a bit like playing ‘pin the tail on the donkey’ with a very uncertain outcome. Who knows what the weather might bring?

Being the west coast of Scotland it could be diabolical, with solid gales and sheets of rain for the whole spell. Instead we’ve had several years when the sun has shone (well, mostly) and the winds have been light, perfect for the line transect surveys and photo-identification of individuals that we conduct on behalf of the Shark Foundation as we seek to establish how the sharks use the area.

Perfect conditions mean long days, though, with early starts and late arrivals in the remote anchorages—you’ve got to seize the moment. But equally it also means that many of the most exquisite anchorages are tenable, so we make sure we have a magnificent backdrop as we ease off at the end of the day. 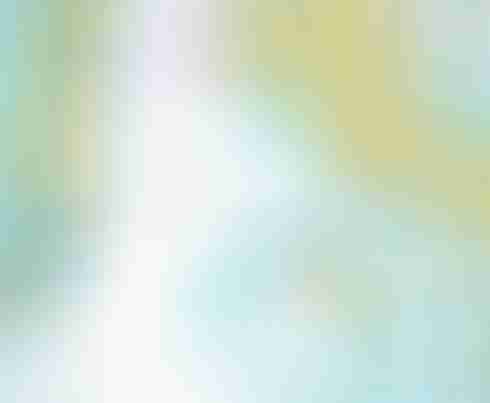 Some of the best ones need the tides to be right to suit entry and exit, such as the lovely little lagoon at Soay, that sits beneath the magnificent Cuillins of Skye. 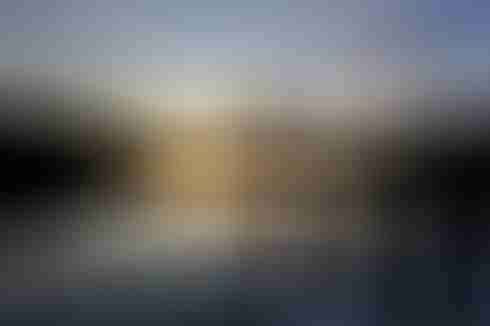 The crew watch the sunset from Soay Harbour

This is not just an anchorage for us, but almost a place of pilgrimage, as this was the island where the late author Gavin Maxwell had his shark factory, to process the sharks that he and his crew had killed.

Fortunately for the sharks, Maxwell was far from successful in his efforts to make his fortune, but he did record the story in a wonderful book Harpoon at a Venture, just re-published in a new edition with many additional photographs—required reading for all those who relish wild places and the usual tales of quixotic endeavor and wild characters that such places attract with their magnetic call of the wild.

It’s not just sharks that we’re looking for, although that is our primary goal. We also record and photograph whales and dolphins to help our friends and colleagues at the Sea Watch Foundation and the Hebridean Whale and Dolphin Trust.

Every year Sea Watch runs Britain’s National Whale and Dolphin Watch, a week where members of the public are asked to record and report their sightings from all around the UK, giving a snapshot of what’s out there. As this week coincides with our survey, we always join in, especially as the scientist in charge, Dr. Peter Evans, is an old friend who got me started in this madness many years ago.

In the summer of 1992 I found myself bumping across a very lumpy Little Minch in the ancient sailing trawler chartered for his survey on my first voyage as skipper. I was beginning to doubt his (and my own) sanity as the wind howled and the rain came down in torrents, and the volunteer crew slumped into seasickness and apathy.

I couldn’t for the life of me imagine we’d see anything at all in such conditions, and had all but given up when he came bowling down the deck with a grin a mile wide and shouted “Orcas—no doubt about it!” And there they were, approaching the boat, a huge bull with a 2 m (6.5 ft) high dorsal fin and a younger animal.

Now there’s something very purposeful about orcas, and I have to admit I felt a little apprehensive at their approach, but they altered course as they neared us and passed down our beam at around 50 m (55 yards) away. And I saw that the big bull had a distinctive notch at the base of his dorsal fin—I’d just met the legendary John Coe.

First sighted and named in the 1980s, he was already a fully grown dominant male, and was a regular feature of the west coast scene. Since then he has been recorded regularly in many places around Ireland and Wales as well, so he’s a real traveller.

And this year, for the first time since that day, I saw him again, out in the Minch west of Canna, in company with three others of his kind, his sabre like fin now leaning over slightly, both of us worn down with the passing of time but still out here living the life. It was like meeting an old friend after a long separation, and a moment to be savoured.

Travelling back and forth across the Minch and the Sea of the Hebrides can be a lonely experience if you’re not interested in nature. But there is so much life out there if you look, which is why we are always so lucky with our sightings, as we watch systematically.

And it’s not just the larger, more charismatic species we see, as there is always a rich mandala of birds on display. This year the bird life out there was extraordinary, benefiting from the rich plankton soup that was flooding into these waters.

I have a particular soft spot for the stubby little fulmars that wheel around us, and who have often kept us company in the wildest conditions, providing a welcome diversion in sometimes trying times. Masters of the air, they glide around the boat making sudden instinctive swoops that never fail to please. 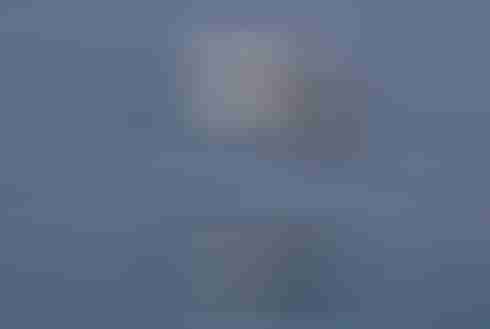 And it wasn’t just the birds profiting from the plankton, as basking sharks finally turned up in substantial numbers at last. After a slow start in our first week, the perfect weather conditions called them in. We found a big shoal, north of the island of Coll, one of the hotspot areas our previous research identified.

We always know when a big shoal is in the vicinity by the number of sharks we record breaching clear of the water; the more breaches, the bigger the shoal, we believe. The following morning we tracked down the shoal again, and recorded fourteen breaches, a record for us, amongst fifty sharks recorded, a number that equaled our second best day out here. Seemingly everywhere we looked we could see sharks, an extraordinary experience, especially when you consider that the biggest sharks can be over 11 m (36 ft) long! 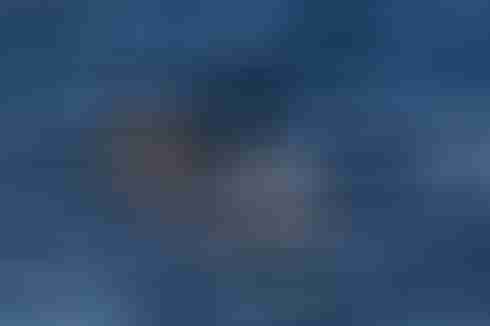 Hope for the future?

In a world where sometimes it seems that everything is going to hell, it can be hard to be optimistic. Knowledge isn’t always a benefit, often it can be a burden, and when you know the facts about the problems the marine world faces—overfishing, pollution, rising temperatures, to mention a few—that knowledge can be deeply depressing.

But after so many years conducting this type of work, I’ve learned to celebrate the little victories and embrace all that we see, perhaps as a shield against too much negativity. So you can imagine, I’m sure, how buoyed up we were to hear during this year’s survey that one of our favourite areas, the Small Isles, was to be designated a Marine Protected Area.

I and many, many others have long argued for this, and it was a delicious moment, and a source of quiet satisfaction for me on behalf of the hundreds of volunteers who have helped us towards that end over the years. Hopefully that will help to ensure that future generations will also be able to enjoy all that we have been lucky enough to see in our time spent in this lovely place.

And almost in affirmation of that hope, the next day we encountered a pod of twenty Risso’s dolphins, complete with many mother and calf pairs, some of which (like the one above) have been recorded and named before.

Risso’s are my favourite dolphins—slow, graceful, dignified and shy, with the older animals turning an almost ghostly white—they are wonderful to watch. Generally averse to the presence of boats, they require very careful, sensitive boat handling to avoid scaring them off, so we were on our best behavior.

To our amazement the pod approached us and then slipped around our stern, giving us the ultimate opportunity to absorb their presence. With so many youngsters amongst them we all felt a powerful, positive sense that things aren’t all bad out here, that nature is resilient, and that all of our puny efforts as marine conservationists might just have a purpose. And that might be our ultimate, extraordinary reward.