Watch Out For Whales, Part II 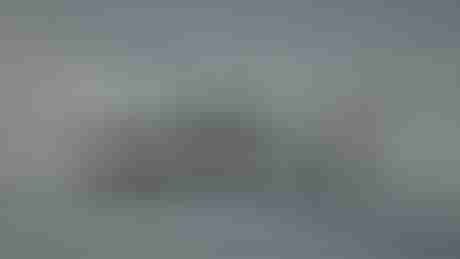 Watching whales is a great cruising experience—but not too close, please!

Collisions with whales and dolphins are becoming an increasing concern for offshore cruisers, as I outlined in a previous post. But up until recently there has been no serious attempt made to quantify the level of actual collision events, or to plot their geographical distribution. Obviously, having some idea of where and when collisions might take place would be really useful information for any crew intending to sail through areas where whales are prevalent, especially as the consequences of a collision with a whale can have dire consequences for both yacht and whale.

Thankfully, a recently published scientific paper  by Fabian Ritter has made a good start in correcting that deficiency. Through an intensive internet search, and subsequently via a co-operative link involving an online questionnaire with destination voyaging website Noonsite, he has been able to piece together a picture of the current situation with regards to whale collisions with yachts worldwide. The paper is well argued and accessible, and makes for interesting reading for anyone with an interest in whales and dolphins, or planning to sail through waters they are known to frequent.

What Is The Scale Of The Problem?

The numbers are sobering, with a total of 111 collisions and 57 near misses recorded between 1996 to 2010, with 75% of all incidents between 2002 to 2010 suggesting an increasing trend. The North Atlantic topped the regional list for incidents with 41.8%, followed by the South Pacific with 16.4%. There were several reports of crew members being hurt in collisions as well as damage to the yacht involved. In 42.9% of the cases where damage was reported, sailing could only be continued with some restriction, whilst seven strikes (11.1%) resulted in a total loss of the vessel—ouch!

Not that it was all one sided—in 18.3% of the cases blood was seen in the water after the collision, and in a couple of cases the whale was either definitely dead or considered certain to die. And previously published research suggests that this is likely to be an underestimate, due to the difficulty in ascertaining the severity of injury to the animal in the aftermath of a collision.

Is It All Our Fault?

It is not the case that all of the incidents involved a vessel simply ramming a snoozing whale—in some cases surfacing animals hit the underside of vessels, which might support the generally held idea that running an engine or generator in the presence of whales may help avoid such incidents. And there were several reports of animals displaying inquisitive or aggressive behaviour, including physical contact with vessels of varying degrees of severity, perhaps the most extreme of which can be seen in this video clip from South Africa.

The study identifies a number of factors that may play a part in causing a collision, and unsurprisingly speed is top of the list. As many of the reports came from the racing and regatta world, maybe it’s the case that with fast moving boats the likelihood of the boat or the whale avoiding a collision due to higher speed may be a factor, slower cruising boats may allow whales more time to get out of the way, or have more time to alter course around animals in their path.

What Can Be Done To Minimise The Risks?

Keeping a good look out must help, and should certainly be considered in areas known to be hotspots for whales, as in 48.6% of collisions the animals were not seen beforehand. Many whale species gather in loose aggregations, so seeing one whale may be a sign that there are others around. Obviously, this is a lot easier with a large crew, and it’s also the case that many collisions (17.1%) took place during the hours of darkness where a careful watch might not make much difference. And understanding ways that might help you avoid a collision when in the company of whales, as I outlined in my previous post, should be required knowledge for any offshore sailing crew, especially those about to cross the North Atlantic in the annual migration—like us.

Russell Leaper, a whale researcher with the International Fund for Animal Welfare, and himself a keen sailor has been co-ordinating data collection on collision incidents for the IWC. He commented that ‘ we have received no reports of  apparently pre-meditated aggressive attacks from whales and most reports of aggressive behaviour towards yachts are likely to be whales that were startled and then thrash around’. He also added that ‘we still don’t really know if making noise like switching on the engine reduces risk but if you know that whales are around the safest thing is to slow down and keep a good lookout. If you do see a whale in the distance remember there may be others much closer.’