Coming To a Remote Spot Near You…

In my experience long distance cruisers are great lovers of the marine environment, whether it be clean seas, marine wildlife or their favourite wild places. If that is indeed true, we’d be the last people to want to cause harm to pristine places, either deliberately or unwittingly. And yet, as I recently learned, the latter may indeed be the case, even though we have no idea at all that we may be doing it. And it’s all down to the critters that hitch a ride with us on our hulls—Invasive Non-Native Species, INNS for short.

But foreign creatures have always hitched a ride on ships, haven’t they?

Indeed they have, from ocean going timbers of old to the ballast water ships take in on one side of the world and discharge in another.  There are many well-known cases; one that I know only too well being that of the (originally) US-based slipper limpet that is choking the native oyster beds in our home port of Falmouth, Cornwall.

In the US a sea squirt that is common in British waters called Ciona intestinalis is proving to be a real pest. It’s a universal problem that urgently needs addressing.

Surely climate change will also have an effect?

Although it’s likely that with rising sea water temperatures the numbers of invasive species will naturally increase, this should take place over a far longer time frame than is currently being witnessed, due to the natural processes and distances involved, which normally allow adaptation and predation to take place along the way, diminishing the threat.

So the focus is now falling on smaller craft that either carry such immigrants on a local basis, or even from further afield—like ocean going yachts. In order to get a handle on the scale of the problem, I turned to one of Britain’s experts in this field, my old friend Sarah Brown, herself an active sailor.

Is this a serious problem?

Definitely – many of these species will have endured a long sea journey, often in hostile conditions and so are real survivors, well able to adapt to local conditions and out-compete local species. It’s also important to recognize that there is a big difference between a non-native species and an invasive non-native species—the local environment can often adapt and accommodate the former, whereas the latter will tend to take over. And where a habitat is already degraded from other problems such as pollution, INNS are well placed to exploit any weaknesses and can become a real threat.

In what way are yachts implicated in all this?

Although the major threat for bulk transmission remains from commercial vessels, big and small, these craft tend to make journeys from port to port, and only stop for short periods. Yachts tend to moor up in ports or marinas for weeks or months, and may then visit pristine remote areas, and stay there for longer periods allowing INNS to settle.

There has been a lot of research in this field, including one well-respected study that identified recreational vessels from the south coast of the UK as having an average of four different INNS on their hulls. Further north the average number dropped, an effect either due to temperature or boat movements. And yet these were relatively clean hulls to the naked eye. This suggests that yachts certainly have the potential to move INNS species about, without even being aware of it.

OK, are there active measures we can take?

Yes—check, clean and dry is the best course of action. Check your hull for fouling and clean it off before you leave an area, preferably ashore where the run-off can be cleared away to landfill.

If you can’t do that, then try to scrub off in deep water where there is a smaller chance of any INNS species getting a foothold. Clean your anchor, dinghy and kit to remove any plant and animal matter, and wash it down with clean water if possible. Hot water (over 40° C) will kill most things, so if you can pressure wash with hot water that is good too. And if it’s all that’s available, do your best with local seawater. 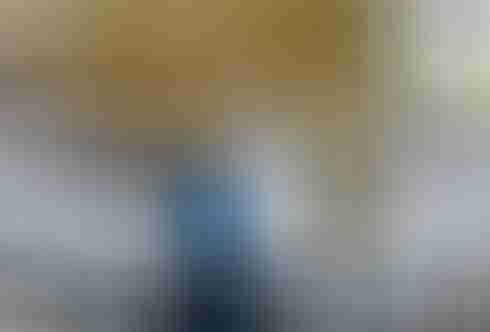 Cleaning the hull – Many marinas have facilities to gather and dispose of waste water.

Dry all you can. Very few species can handle desiccation. Obviously this is easier in warmer climates, but it can be effective anywhere.  And remember, too, that most marine species can’t cope with fresh water, so periodically going into a canal, estuary or river can be helpful.

Could you foresee the threat of INNS resulting in yachts facing restricted access to Marine Conservation Zones or Marine National Parks?

This might happen if there was evidence that showed that yachts were a key vector for invasive species. In fact, some Governments have already discussed such measures. For example, in New Zealand you must have your boat inspected, and in the event that it is carrying INNS it can be impounded. And in the UK we already have legislation to do something similar, although these powers have yet to be used.

It used to be such a simple life!

But it ain’t any more. Not that I’m making light of what is clearly a serious matter, and Lou and I would be the last people to ignore anything that could reduce our impact on the marine environment. So we’ll take on board this advice, and do our best to comply.

Partly this is because the further we travel, the more threats to the ocean we see—overfishing, industrial scale fish farming, oil and gas installations, nuclear power plants and people, people, people! We want to see pristine, unspoiled places and waters, but they’re becoming harder to find all the time—and that’s a great shame.  So whatever small contribution we can make, we will, and let’s hope it makes a difference. Otherwise we may all face further restrictions to our cruising plans—and I’m sure we’d none of us want to see that happen.