Topics > Destinations > The Tropics > Southern Transatlantic > We Can Cope With This

We Can Cope With This 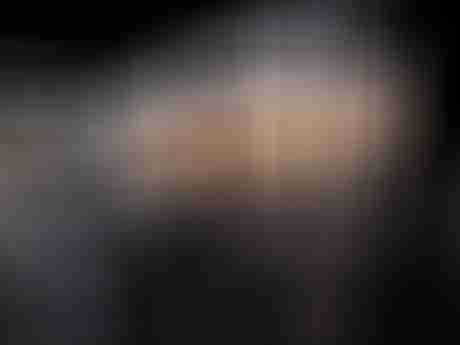 Leaving Morocco was a bittersweet experience in many ways, as we had really appreciated our stay in the country. Not just the charming, hospitable people, but also the fascinating culture and magnificent scenery that we experienced on our treks inland. But the anticipation of getting back under way was powerful, too, and that gradually got the upper hand.

The passage from Agadir to the Canaries is generally a close reach, making for fast and furious conditions when the northerlies are fresh. And with the usual Atlantic swell from the northwest, it can be a rolly voyage if the winds are light. Due to the usual unavoidable delays that tend to affect all cruisers, we had to opt for a ‘least worst’ forecast, with light winds predicted for the first half of the voyage, with a sizeable swell on the beam—not ideal. But with the longer term synopsis predicting the wind would swing into the west, it was time to go.

So we set up Pèlerin for light conditions and headed out. Neither of us likes to start the engine unless we really have to, so we have invested a lot of time and effort in improving her light airs capability so that we can sail as much as possible. And we switched on the AIS and warmed up the radar to cope with the shipping and often poor visibility in the offing at Agadir.

All Set Up and Ready To Go

And we needn’t have bothered with any of it. The visibility stayed crystal clear the whole way and we saw one ship. The light weather genoa stayed in its bag and the spinnaker sheets and blocks might as well have stayed below in the dry, too, as the wind began to build as soon as we had cleared the land at Cap Ghir, and peaked at a steady 20 knots true during the first night.

Two reefs in the main and yankee, with the wind just forward of the beam we were blasting along, and with the centreboard partly raised our Windpilot self-steering gear was handling her perfectly. The swell was easily manageable and no solid lumps of water made their way aboard, just the odd thump of a wave under the bilge to remind us that there was any sea running at all.

An inky, starlit night became a bright sunny day, with puffs of cumulus above an indigo sea, broken only by the shocking white of the odd breaking crest. The wind eased a little through the day, allowing the sea to settle down, and life for the watchkeeper was easy with nothing in sight to disturb the peace. For the many of you who have experience of this type of sailing, I’m sure you’ll agree that this is as good as it gets, and for those of you who aspire to the same—you’re going to love it!

The only tactical decision necessary was just how far above the direct track to sail. With wind, swell and the Canaries Current pushing us south, and with the wind predicted to back slightly, my instinct was to follow the maxim drummed into me from my English Channel days to ‘always arrive to windward of your destination’. Tired and soaked through after an uncomfortable Channel crossing, and with your favourite bistro/pub/chip shop closing in a few hours’ time, the last thing in the world you want is for the wind to head you in the final hours—the collective groan can be heard ashore. So I always like to keep her head up until the result is beyond doubt, which can exasperate others, less used to sailing in such contrary waters.

So we bickered amiably about when we could free her off and ease up a little, Lou pointing out not unreasonably that this was NOT the English Channel so the same rules need not apply, whilst I repeated (like a parrot) my immutable law of the heading wind. In the end a compromise of sorts was forged, that on seeing the first lights on Lanzarote we’d bear away.

As it was we were way ahead of our scheduled arrival time, and so needed to slow down to arrive in daylight, as night entries into unknown places, unless it’s absolutely necessary, are not our cup of tea. So with lights in sight, we dropped the main, eased the sheets and slipped down the coast of the island, enjoying a peaceful, smooth ride, both of us cheerfully convinced that it was our personal judgement that had brought about such a satisfactory conclusion.

Once in and settled down, we agreed that this had been a great sail—one of the best yet. Not in the sense that we had learned much physically, as nowadays we are able to enjoy a smooth, polished patina of familiarity with Pèlerin. But in terms of our own voyage, perhaps a lot. We are learning to take our time, cope with changing conditions, not to over-analyse, and to just enjoy each passage in its own right—and perhaps these are lessons that are as valuable as any in this wonderful cruising life.