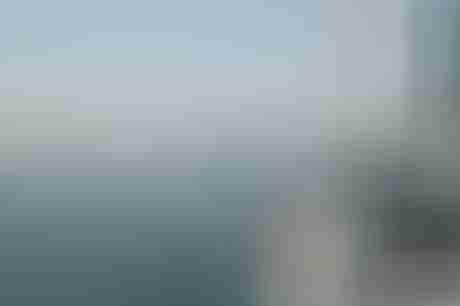 Our crossing from Spain to Morocco was pleasantly uneventful, but we arrived far later than planned as the wind fell light during the night, and we prefer to sail whenever possible, rather than reach for the starter button. What that did mean, though, was that we spent much of the day hove-to off Rabat, waiting for the tide to rise.

Until a few years ago the river Bouregreg that separates the ancient cities of Salé and Rabat was a no-go entry for yachts after decades of silting, but was dredged comprehensively as part of a major re-development of the water. Two pairs of breakwaters were restored to provide additional shelter for the entrance, and to break the Atlantic swell that can reach titanic proportions here in winter.

Chart information is scanty, though, and if there is any swell the RCC North Africa Pilot recommends waiting until high water before attempting entry or departure. It also recommends calling the marina in advance to inform them of your arrival, whereupon they will send out their duty RIB to pilot you in. This all sounded (a) slightly alarming, and (b) highly entertaining, and even (c) too good to be true, so we thought the best thing to do was to follow the guidelines and see what happened.

A quick VHF call to the marina brought a swift reply, with the advice that we should not attempt the entrance until high water early that evening, so we settled down to wait. As we could see breaking waves on the shore even from a few miles out this wasn’t a hard decision to make. And as the time of high water approached we set off for the entrance and met the RIB.

As is so often the case from seaward, the swell was deceptive, but really presented no problem as it had gone down considerably during the day. But it was easy to see that it could be very different with a swell over, say, 2m which would stand up as it met the shallow water in the entrance. And it was obvious from the RIB’s track that the river already had formed a distinct deep water channel off the main curve of the entrance, which wouldn’t in any way have been obvious to the naked eye. As this is the first time we’ve ever handed over any sort of command of our boat it was very much a case of so far, so good.

But as we entered the river proper, the second good reason for the RIB pilotage became much clearer, as the river was just packed with boats, swimmers, and even the odd animal, all celebrating a music festival on the banks on the Rabat side. Our eyes were swiveling wildly in every direction trying to take in the traffic, as the guys in the RIB cleared the way for us, whilst we did our best to respond to the many cries of ‘Vive Maroc!’ and ‘bienvenue’ from every direction. Ah, at last—Africa!