Whilst the rest of Northern Europe has been enduring yet another ghastly summer with high winds and inundations, the Western Isles of Scotland have had a memorably warm and sunny season, with long spells of light winds. And as a result we’ve used our new asymmetric spinnaker on a regular basis. 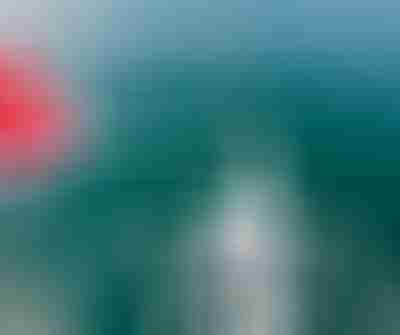 You either love or hate spinnakers. After years of racing I’m as familiar as most sailors with them, and have endured my fair share of wild broaches whilst under them, so I’m under no illusions that they can bite back when used in the wrong circumstances. But when conditions are right, they are invaluable, and some of the most memorable days I’ve enjoyed out on the water have been under spinnaker.

When we were planning Pèlerin I was very much in favour of carrying a standard symmetrical spinnaker for running, plus an asymmetrical for reaching. On our old boat we carried a narrow shouldered radial head cruising spinnaker, which I loved for its stability and ease of handling, especially once we replaced the original snuffer with an excellent Hood one. Once it was up it could be sheeted off and pretty much left at that, which made it ideal for short handed cruising. But Lou viewed the thing with apprehension, balking at the paraphernalia of spinnaker handling—uphauls, guys, poles and so on—and ultimately believed that the act of hoisting a spinnaker brought either unexpected wind shifts or expected expletives! And whilst snuffers are a huge improvement over what went before them, they can still snarl up when most needed, which didn’t endear them to her either.

We looked at the German made Parasailor, about which we’d heard many good things, but were put off by a very high price tag, so we eventually agreed upon an asymmetrical chute as a starting point. We ordered a standard factory made removable bowsprit to get the kite out into clear air ahead of the boat. Like all things OVNI, it’s simple, strong and effective.

At the last London Boat Show we went shopping for a suitable sail, and finally opted for an asymmetrical cruising chute from a well-established British firm, Crusader Sails, mounted on one of their own furling gears. This simple unit is based on the Code 0 type furlers used on racing yachts, with a top swivel, Spectra luff rope and an endless line furling drum at deck level. The sail is hoisted wrapped around the luff rope, and then unfurled by pulling on the line in one direction, preferably with assistance from the sheet. To assist in making a neat furl, a light line is attached between the central point of the luff of the sail and the luff rope to start the furl from the middle of the sail, and to furl the furling line is pulled in the other direction as the sail is blanketed and the sheet is eased.

The furling line can be led all the way aft if preferred, but we opted to have ours shorter so that the sail can be set from the foredeck. In my view this has two advantages when two-handed sailing: The first being that the whole furling/unfurling process can be watched from deck to masthead as it happens, so that any snags can easily be observed, and the risk of a snarl-up reduced. The second is that tension needs to be kept on the furling line, especially when furling the sail, to stop the line slipping, and this seems more easily achieved when you are close to the drum. It does take a little getting used to, but once you’ve got the knack of it, it’s by far the easiest way of handling a sail like this that I’ve yet encountered, at least for an asymmetrical sail. An additional advantage is that the sail and the furling gear can be stowed in a tight coil that takes up very little space.

The sail itself is a beauty, remarkably stable, and sets over a wider effective wind angle than expected—a true cruising sail in that it can be sheeted home and doesn’t need endless trimming. As a result it has seen plenty of use whenever the wind has been favourable.

We still only use spinnakers in light to moderate winds, which greatly reduces the risk of getting into a mess with one. But this new system certainly fits in with our sailing philosophy that “if a job’s easy—you’ll do it”, and has added another dimension to our cruising. And, if further evidence were needed as to why it might be worthwhile reconsidering your current setup, consider that now it is more likely to be Lou suggesting we hoist the chute.