Topics > Rigging/Sails > The New Mast, Why?

The New Mast, Why?

Without doubt the biggest, most expensive and most stressful part of our latest refit to Morgan’s Cloud was the replacement of her mast.

First off, why were we replacing the mast at all? Simply put, to buy peace of mind. We had seen several signs that all was not well aloft including, most ominously, cracks in the tube at the deck and just above the staysail stay tang. We had caught and fixed each problem during our frequent mast inspections, but clearly the mast was coming to the end of its life.

Not that surprising considering that since we bought Morgan’s Cloud, our 56-foot aluminum custom cutter and home, in 1991, we had put 90,000 miles on her, many of them hard sailing in the high latitudes. Add to that the 30,000 miles that the previous owners racked up, including a Cape Horn rounding, and we were talking some serious wear and tear. Would the old mast, repaired as it was, have continued to stay up? Who knows, but the real issue was that we had lost faith in it and were not willing to continue to look up with FUD (fear, uncertainty and doubt) every time it blew hard.

Our first plan was to simply buy a new aluminum mast and reuse the fairly new standing rigging from the old spar. But then I talked to our long time sailmaker and friend, Richard Hallett, who counseled me in his usual gentle fashion, “John, don’t be an idiot and buy another aluminum mast. One day you will want to sell your boat and that will be a lot easier with a carbon mast. In the meantime you guys will have a better boat that is more fun to sail.”

Up to that moment I had frankly thought that carbon fibre masts were for obscenely rich people who can’t find enough to spend their money on. But Richard is very experienced and no fool, so Phyllis and I agreed to at least consider carbon. Although, since we would be spending money from the sale of our house, capital that took much of a working lifetime to accumulate, and every dollar we spent on the boat would come out of our future cruising kitty, never mind our old age, carbon would have to walk on water to get the nod.

Since the major selling point of carbon is that it is lighter than aluminum, as we started evaluating the choice between aluminum and carbon, our first question was “how heavy is the old mast, really?” Quickly followed by “how the heck do we weigh a 74-foot mast that it takes a boom truck to lift?”

Our answer to the second question was to rent an industrial floor scale, normally used to weigh blueberries during harvest, and then precariously balance the spar on the scale using a fork lift—a method that also determined the center of gravity. The answer to our first question was 1320 pounds, stripped of all standing and running rigging. Now we had a real baseline to work from. 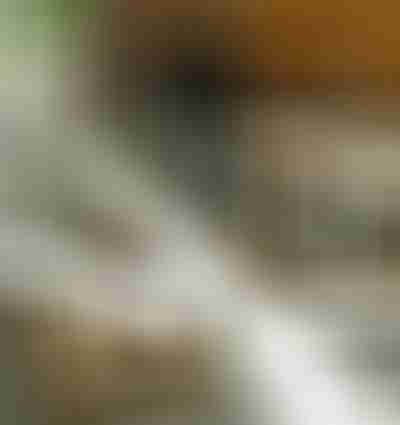 Tim and Charlie, of Billings Diesel and Marine, look perplexed at the latest insanity dreamed up by one of their more eccentric customers

A new spar in carbon was projected to be about 500 pounds lighter than our old mast, but what would that mean in real world benefits? An engineer worked out that it is equivalent to 1800 pounds on the rail.

Now we were getting somewhere. I have raced enough to appreciate the incredible difference in performance that moving nine 200 pound deck apes onto the rail makes whenever the wind is forward of the beam.

Better still, by fitting a carbon mast we would get this stability benefit while actually making the boat lighter, not heavier; never mind not having to provision with a ton of bananas and beer to feed such a crew. And, even though our boat’s primary mission is cruising not racing, both Phyllis and I dislike going to windward enough that we are all for any improvement in performance that will reduce the time doing it and also make it less uncomfortable by reducing the heel angle and pitching. So, the first big plus for carbon.

Subscribe
Join Us To Comment ("About" on menu)
4 Comments
Oldest
Newest
Inline Feedbacks
View all comments
≡ Menu
This is a guest wpDiscuz
This site uses cookies: Find out more.