On the face of it, one of the main attractions of the OVNI range is their shoal draft and beachability. We’ve all seen the photos: parked on some deserted islet with an impossibly azure sea far in the background. The theory looks enticing, but how far does it reflect reality?

Undoubtedly, it can be done, and indeed these boats are designed to dry out, but how often will they do just that? 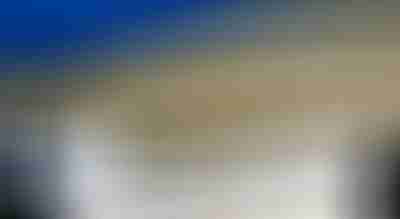 Well, undoubtedly it depends on where you are—it’s probably not a great feature in an area of deep water and few beaches. And maybe that’s part of the reason we haven’t dried out in anger yet—we simply haven’t been in the right place. The one time that we really could have used that ability this season was when our feathering prop got damaged in Ireland. But with little forward drive and no astern, and confronted with a sea of the softest mud with not a hard patch in it, that was not an option.

But we have thought about it and planned for it. And probably after we’ve dried out a few times we’ll feel much more confident, but at the moment some doubts persist. The first being that (ideally) we’d want to know the state of the bottom where we were going to dry out, just to be certain that there are no dangers or obstacles lurking there. The second would be the need for calm conditions and little traffic—no bouncing 12 tonnes up and down on a hard packed bottom if the wind comes onshore, or some maniac in a speedboat is charging around making a wake. But we did see another OVNI on the beach this summer changing his anodes, and as they had probably saved the best part of £500 by not hauling out at a yard, we’ll definitely be doing so—it’s only a case of where and when.

But being able to take the ground isn’t the only advantage—the OVNIs have true shoal draft, and that can be a real benefit. Our old boat drew 7ft, and so when the wind got up we would generally get in as close to shore as we dared to anchor to gain the maximum shelter from the windward shore, but often times we would still be well out and in the full strength of the wind. On Pelerin, with our plate and rudder up, we have been able to get far closer in, which has not only given us much better protection from the wind and sea (and thus more comfort), but also being inshore of other boats diminishes the risk of being dragged down on to. It also means a more horizontal pull on our anchor cable, which is all to the good.

Having a lifting keel encourages exploration, too. When in water where we think we might touch the bottom, we simply put the keel lever on the hydraulic pump in the ‘up’ position, then if the board does touch, it just lifts, which takes a lot of the jitters out of creek crawling. And on two occasions we were able to get into shelter in advance of bad weather by being able to reduce our draft to the minimum, where before we’d have been waiting for the tide to rise for several hours to get in, by which stage it might have become impossible.

And on the night when the visitors’ mooring we had been directed on to dragged due to some unforeseen problem at seabed level, the lifting keel really proved its worth. As is the law of Murphy this happened in the remote arm of a river at 0400 just as the rain had set in and the wind was beginning to rise, and the first we knew was the bump of contact with the boat astern of us. There was no time to waste, so we soon had the engine fired up, got ourselves clear of the other boat and dropped the mooring. The river was full of moored boats, so we motored quietly round in circles while we gathered our wits and switched all of our navigation gear on, which is when the plotter failed—Murphy again. The one possible option to anchor looked to be a bight outside the moorings that we’d looked at on arrival but discounted as being too shallow at low tide. So, feeling our way in with the plate ‘in neutral’, we went in as far as we could, dropped our hook, pumped up the plate and rudder and, happily, settled down to a quiet night. At low water in the morning we had around 1ft of water under us, and more swinging room than we had expected. So next time, we’ll trust our own gear, make more use of our shoal draft and stay autonomous—as we should have done in the first place.