Well, now that we’ve had a chance to sail our new home a little, we can give our first impressions on the OVNI as a yacht in her own right, as well as on some of the equipment we have added.

So far our view is overwhelmingly positive. She sails well and is easy to handle with a very comfortable, soft motion. We are still learning how to get the best out of her, but with lots of practice and tweaking it’s coming. Upwind she is reasonably fast, but there is no point in expecting her to sail too close to the wind—any attempt to pinch and the speed drops off dramatically. It is far better to sail her a little bit free and keep the speed, and thus VMG, up. Our choice of a true cutter rig with a yankee instead of a genoa works well and we only lose a little speed in very light airs. But the ease of handling and far more effective sail shape when partially rolled is a big advantage. The strongest breeze we’ve had her out in going upwind has been up to 30 knots, when she handled very well indeed under staysail and triple reefed main.

Off the wind she excels, and is both fast and amazingly stable. As soon as the wind is abaft the beam we’re raising the centreplate, until it’s fully up when running, and by then she is steadily reeling off 8 knots plus. But the best part is how easily this is achieved—she is not at all hard work and doesn’t need driving to maintain a high average speed, the two of us being able to handle her with ease. We’re sure she will prove a relaxing and comfortable passagemaker, well able to keep up high average daily runs.

We have opted for single line reefing led aft, despite some reservations on my part but, with practice, and after swopping most of the blocks for much better Harken gear, we’re finding it a good choice. The only bugbear is with the stackpack mainsail cover, which makes it impossible to see whether the blocks are fully home, or whether there is a bight of cloth trapped awkwardly, which sometimes means going on deck to check, which to some degree negates the whole point of single line reefing. We’re marking all of the lines at the clutches and at the mast so that we have a better idea of what is going on. On the whole I’d prefer a simple lazyjack system so you can see the reef as it is being made and have a separate mainsail cover for use in port.

The deck layout works well and everything falls easily to hand, with the winches in particular being exactly where they should be, close to the helm. The mainsheet set-up is not my favourite, being on a track mounted ahead of the sprayhood, but it works OK. The addition of the Wichard Gyb’Easy has been a great success, slowing the boom effectively on its “slackest” setting, working as a preventer on its tightest—we really like it. 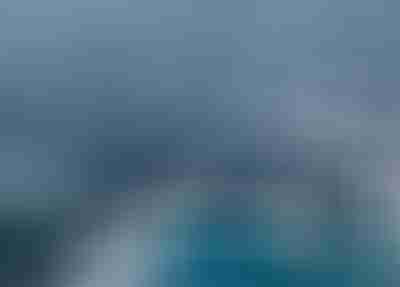 The Windpilot self steering is the simplest and easiest of these gears that I’ve used (I’ve owned boats with an Aries and a Monitor and liked them both); it was steering the boat smoothly and effectively within five minutes of connecting it and it certainly suits the boat. It performs well even in light airs and seems to need far less tweaking than other gears, although some of this may be due to the stability of the boat.

The only area which is taking some time to get used to is handling her under power at close quarters. She has quite high freeboard and with her small plate can be a handful in a crosswind and, compared with most modern fin and spade rudder boats, she has a large turning circle. There is very little propwalk owing to the prop shaft being slightly offset where it is welded to the skeg to facilitate the removal of the shaft, although the fitting of the Kiwiprop has improved matters. Going astern takes me back to long keelers, where the direction she chooses is sometimes a bit of a lottery. In all cases, the answer is to keep some way on and hold your nerve and, as Louise has more of that than me, she does the vast majority of the boat handling these days. We’re getting the hang of her, but today’s tight marinas still fill me with dread.

The overall impression is one of immense strength, which is very reassuring. Down below in a seaway is uncannily quiet, partially due to the insulation (a must in our view) but also because there are no creaks and groans. And there is nothing better than to have confidence in your boat when the going gets rough and we already have that in spades. So far, so good!

Next: Keeping The Water Out—Details

Previous: What Has Worked So Far—Domestically