Having sailed our boat a little, we’ve now embarked upon the finishing-off process. In some cases that means fixing the obvious deficiencies, in others identifying potential problems before they become apparent, and then (hopefully) coming up with the right solutions.

John and Phyllis’s adage of keep the rudder on, the mast up and the water out, is a good one. Well, we’ve always been confident of the first two due to the build quality and strong rig of the OVNI, but the latter has raised some challenges. Nothing desperate that could sink the boat (!), but water has a habit of finding its way in via unexpected places, as we know from bitter experience, and in a modern, shallow-bilged boat, even a few gallons is to be avoided. That amount in really rough conditions can easily find its way to sensitive electrical systems and cause failure, so we’ve taken a serious approach to eliminating any potential source of water ingress.

One of the first things we tackled was putting effective seals around all of the cockpit and stern lockers. This may seem obvious, but the boat had no seals as standard; a somewhat puzzling deficiency on a boat likely to be used offshore. We experimented with a couple of different mouldings before finding one that was perfect for our needs. We then sourced some much more robust and effective locker lid clamps that hold the lids down tight on the seals. As we have no watertight bulkhead aft, any water that could get into the cockpit lockers would find its way to the bilges pretty soon, so we’re glad we’ve cured that. 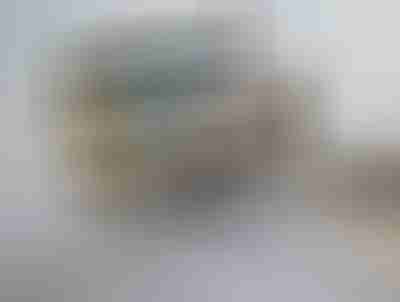 A common complaint on the OVNI is the positioning of the engine vents on the stern, where any solid water striking the transom could easily find its way below via the ducting into the engine compartment. So we had a cowl made that shields them effectively to deflect any water away from them in all but the worst conditions. And for the really rough stuff we incorporated a slot in the base where a blanking plate can be inserted and fixed in place with an attached marine screw to keep all water from getting to the vents. The engine is still able to draw sufficient air from the casing and bilges to run fine with it in place, but obviously we’ll limit that to emergencies.

The plumbing installation is good in terms of keeping water out of the engine, with a good anti-siphon device on the inlet, and a good swan neck on the exhaust, but we’re currently trying to source a shut-off valve for the exhaust system that we can mount in a way that it can be easily accessed (a real challenge) or perhaps operated remotely using a cable. So far we haven’t found what we want, but we’re still looking.

When we had Pelerin built we specified welded aluminum wave breaks around the two forward hatches, to divert solid water away from the seals. We’ve yet to test these out in earnest, but from previous experience they should do a great job, and eliminate the common problem of leaking seals when solid water goes over the deck. What we didn’t do was have similar wave breaks made for the saloon roof, but we may make some in wood in the future if we think they may be necessary.

The factory made dorade vents on the coachroof are really good, and we have blanking caps for all of them, so they are as good as they can be. As is the swan necked wiring conduit for all of the cables exiting the mast. Both benefit from being part of the welded structure of the deck, and thus far less likely to leak in any case; another plus for aluminum construction. And we still haven’t drilled a single hole in the deck, though we have had to be fairly inventive in some cases.

We’re aiming for the skipper’s nirvana if at all possible: bilges that you dust from time to time rather than pump dry, and in this case, every little bit helps!

Previous: What Has Worked So Far—On The Water