If there is one simple word that springs to mind amongst the uninitiated in relation to aluminum boats it has to be corrosion. If we had a pound for every time someone warns me against bringing spare change aboard and then dropping it we wouldn’t have to worry about a cruising budget—we’d have money in the bank.

Just as all construction materials have their benefits, so do they have their weaknesses, and we were well aware of the potential risks with aluminum. But the French (and others) have been building alloy yachts for decades now, and most of them are still afloat, so there can’t be that much wrong with them. In any case, we none of us stop to question the wisdom of using aluminum for spars, do we, so why worry unduly about a hull and deck?

Many people who see an OVNI out of the water expect to see them covered in anodes, and are amazed to see how few there are. Instead the hull receives two good coats of epoxy paint to act as a barrier layer, which has to be replaced every five years to ensure its integrity. Anodes are placed in areas where there is a risk of dissimilar metals reacting with one another, such as the rudder (stainless pivot pins) and propeller. And that’s it, largely because dissimilar metals have been kept to a minimum.

For example, all seacocks fitted to OVNIs are plastic, thus avoiding a major galvanic threat. In keeping with this policy, when we fitted our Echopilot forward looking sounder, life was made easier by the manufacturer offering a transducer housing machined from solid aluminum billet. Part of the answer with aluminum is undoubtedly in planning to avoid problems from the outset.

Above the waterline the hull is unpainted almost up to deck level, only receiving a light coat of Owatrol before delivery, after which it’s up to you whether you keep replacing this coating—we have already decided not to, preferring to allow the aluminum to oxidise and fend for itself—we want to avoid unnecessary maintenance wherever possible, and in the event of a scrape, the 5083 H111 marine grade alloy used in the construction will self anodize rather than allow corrosion to attack the aluminum under a damaged surface coating.

The topsides band, deck, coachroof and cockpit area are all painted with two pack epoxy paint, a hard and durable finish, but as with even the toughest coatings the risk of chipping the paint is ever present, and so as with steel boats it is best to keep paint and brush handy, ready to deal with any chips as they occur. The days when metal boats were all sharp edges with accompanying paint vulnerability are over, too, so lessons have been well learned over the years.

In keeping with our aim of avoiding drilling holes (and so giving corrosion a place to start) in the deck, we are working out the best ways of attaching all mobile deck gear, such as spinnaker sheet and guy blocks, using simple Spectra (Dyneema) strops. So far we haven’t had to drill one additional hole in the deck, another step in keeping water out of the boat at all costs. All fittings in stainless steel (such as stanchions) are isolated in plastic sockets to avoid corrosion, and all bolts are isolated with nylon washers, and liberal use of Tef-Gel to avoid seizures between dissimilar metals is essential to allow future maintenance. 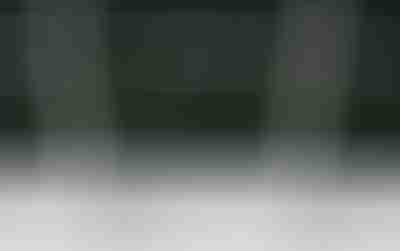 Internally, the inside of the hull receives a coating of epoxy paint, but this is really more cosmetic than a barrier coat. One of the supposed benefits of solid metal hulls is how dry they can be—the old joke about “dusting out the bilges” may prove to have some truth in it after all! The whole of the hull and deck below the waterline have been insulated, so it’s difficult to check behind the insulation (though not impossible), but from inspecting the hull during construction we know that there are limber gaps and holes on all fore and aft stringers to avoid water gathering, and causing problems.

Finally, it is possible to inspect nearly the entire internal hull surface below the waterline by lifting the cabin sole, even if you do have to be a contortionist to get into some corners. As a result we’ve been getting acquainted with some of the far flung corners of the bilges well in advance, looking out for potential water traps. We’ve also taken to thoroughly vacuum cleaning after all work internally, and clearing up carefully, checking we’ve left nothing lying around that might cause problems some time in the future. And perhaps that’s a large part of the message here—in keeping potential problems at bay, an aluminum boat needs care and attention—just like any other material in fact. It’s simply a question of getting your head around the likely threats, and staying on top of them. And then there are the electrical circuits—but that’s for next time.

Next: Electrical Systems And Aluminum Boats

hi, do you by chance have any name of that two component epoxy paint you used for painting the alloy hull?