When we were planning our new boat, one of the first aspects we discussed was our preferences for power generation, and our desire to have as much “free” energy input as possible. There were three reasons for this: our desire to avoid the complexity of a diesel generator; our own commitment to renewable power after so many years of both working in the environmental field; and a chance to agree on something—it’s always a good idea to establish some common ground first!

Top of the list was a wind generator. Having owned one of these devices on a previous boat, my views on them are straightforward. None of them are the quietest things to live with, so if you must have one, then its output must justify the discomfort factor. So we opted for a Superwind, and having lived aboard for the last few weeks it is a revelation. Not only is it quiet (enough not to annoy the neighbours), but with a maximum 350 watt output when there is enough breeze, is well worth having. Being German, it is nicely engineered and built, and looks like it should be a real asset in the long term.

We also wanted plenty of solar, so we have two long slim panels with a combined output of 90 watts on the OVNI arch at our stern. Following good advice we had these mounted so that they can articulate. Two more semi flexible panels with a combined output of 96 watts are about to go on the coachroof ahead of the mainsheet where they will not be subjected to too much foot traffic, and hopefully will not suffer too much from shading by the boom. Finally, we have a very nice 80 watt solid panel which can be articulated on the guardwires for maximum output when in port or at anchor. All of the panels were carefully selected for reliability and sustained output, as opposed to peak, so we feel that we should be able to make a solid contribution to our daily needs in this way. 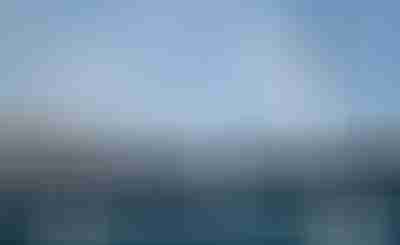 The aim has been to achieve a balance between wind and solar. In the higher latitudes we tend to frequent, wind will generally have the upper hand, but solar can still contribute due to the long hours of daylight, and, very occasionally, when the sun shines. The best we can hope for is that each technology works at its best for some of the time.

Our engine is fitted with a high output alternator, rated at 105 amps, and we are going to see how we get along with this unit without any “smart” type regulator for this season. With a battery capacity in excess of 600 amp hours we may have to consider fitting a second alternator in any case, so once we have tried it out over an extended spell living aboard, we’ll know more. We really want to avoid running our engine at anchor, which is not only unpleasant to live with, but is death to a diesel engine in any case. If all else fails, we have a neat little Honda petrol generator that we’ll use.

We are planning on buying a towed generator for longer passages, as these units are reckoned to offer the most amps per buck, normally around 1 amp output per knot of boatspeed. Being simple, robust units, we have high hopes of running the engine as little as possible on passage, as long as fish don’t go for the spinners too often.

Finally, we have tried as far as possible to audit our requirements, and reduce our daily power consumption. We are slowly going through the boat checking what lights in the interior can be fitted with LEDs and which not. We have a masthead combined tricolour and anchor LED unit to conserve energy when sailing or overnight, but have not bothered with our running lights, as we’ll be under power then, so little will be saved. And we have no freezer unit, simply an efficient coolbox, so that’s another significant drain we don’t have to worry about.

We are aware that none of this has come cheap. If we added it all up it, including installation, would amount to perhaps two thirds of the cost (and installation) of a genset. But we think that if you have a genset, then the next thing will be that you will have more need of it—your power requirements will increase in line. Then there are the spares, and so forth—and don’t even mention reliability. And we accept that we may have to live more frugally than some others out there, but feel it is all relative, and that living simply is a tiny price to pay for the huge privilege of going long-distance cruising.