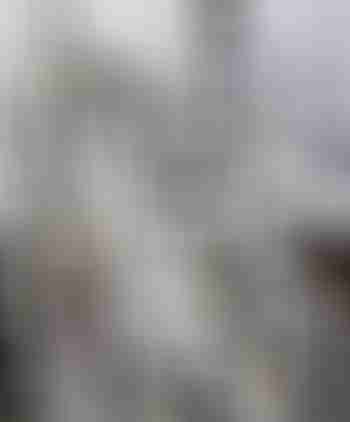 There is no question that pulling the rig of a 56-foot boat apart in the fall, and then reassembling it in the spring, is a royal pain in the ass, particularly when you have gone through the process as many times as we have.

But that’s the price we pay for snugging the boat up in a shed for half the year while we do other things.

That said, there are a few laying-up/commissioning tasks that we actually enjoy. One of them is taking the boom off and moving it to its winter storage position on deck in the fall, and then putting it back in the spring.

There is something very satisfying about moving heavy objects pretty much effortlessly—not sure how much the boom weighs but it’s well over 500 pounds—using only winches, halyards, snatch blocks, and guys, as mariners have done for centuries.

Adding to the fun factor is that each year we figure out better ways to rig up before the lift that make things go ever more smoothly.

This year’s improvement was rigging one of the aft guys to an old surplus winch we have mounted on our wharf—we normally use it to pull the boat in against the offshore lines.

And somehow, this year I found the task even more enjoyable and satisfying than usual. I think that’s because I spent much of the late winter and spring installing and debugging:

(I will probably write about most of this new gear, once we have some experience with it.) 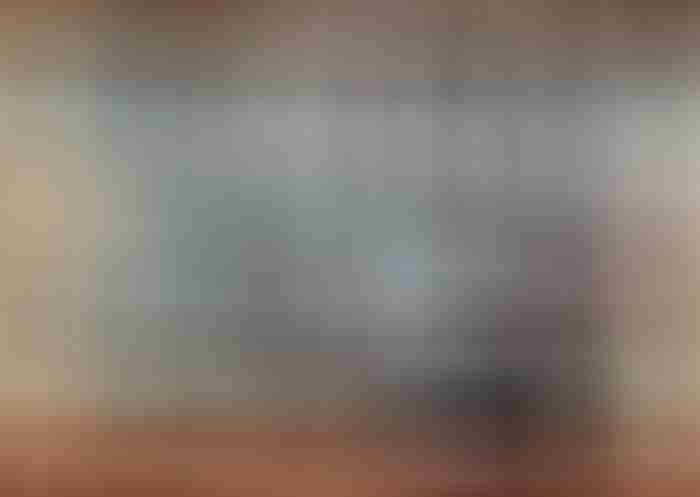 And, in the process, updating our NMEA 0183 network. A process made a lot easier by this dandy centralized patch panel that Phyllis built 18 years ago. (Still a lot to like about 0183.)

All that messing about with electrickery, as AAC European Correspondent Colin Speedie is wont to say, is probably why getting back to basic seamanship skills felt extra good, even though, being an electronics technician by trade, I’m comfortable with that stuff.

It also struck me that the seamanship skills Phyllis and I have learned, and continue to practice, by moving that boom around, and other similar tasks, are way more likely to get us out of deep yoghurt if something vital breaks on us at sea than all that cool technology ever will—moving heavy weights in this way has a lot in common with jury rigging.

Just for fun, I made a short video of the boom-move process. The footage came from our wharf camera and I took the stills with my phone to remind me of how we rigged up, not with publication in mind, so the quality kind of sucks, but I think you will get the idea.

One more thing: You will note that Phyllis and I are very careful never to be  in a place where the boom could fall or roll onto us.

Well done, you two. I built a wooden gantry with a chain fall inside our pilothouse to properly position a 320 kilo engine in our boat…the process was tight, but necessary in order to get all the measurements for the stringers and the Aquadrive lined up. It’s basically the same principle and while I always enjoyed raising and lowering such a mass basically one-handed from down in the engine bay, I never got beneath the thing once.

Yes, moving engines around can be fun too. We carry a 2 ton chain fall in our spares in case of having to do something like hat in the field. Also useful for jury rigging.

I’m of two minds about this, considering the “mission-critical” aspect, but do you ever rig the boom with the topping lift as a hoist to get medium-weight items aboard? I’ve done this with tenders, for instance, sometimes with a tackle off the boom end. Limit to date: about 75 kilos, but arguably the boom and running rigging would barely notice that.

No, never used the boom as a hoist. We have always found that a halyard and a tag line will do he job more simply.

Hi John,
I worked setting chokers under a high lead logging rig in Oregon before I had developed the mental capacity to know better. But at that age I had the foot speed to run like hell when the whistle punk hit the button to signal that my load was going to move!

The most fun pick in my yachtbuilding career was a 75 foot boat that I’d moved into a temporary shop on machinery rollers. As the major refit neared it’s end I’d carefully concocted a launch plan that involved moving it out of the shop and down a lightly used street a hundred yards or so, then dropping it into the adjoining ship canal using a big mobile crane. I’ve found in these situations that if you leave enough time for the lawyers to mobilize, problems start to multiply so it’s best to just do it and then throw sand in the gears. So as I started to roll the boat out of the shop I walked over to the athletic club next door to tell them that the street would be temporarily blocked for a few minutes. Bad timing! A “Fun Run” with 10,000 contestants was on it’s way to the Athletic Club at that very moment! Leaving me two hours to locate a boat transporter big enough to move the boat to the biggest Travelift in the area, set the truck and trailer up in an alleyway underneath the largest draw bridge in Seattle, reset the crane, and then pick the boat up over the roof to the level of the bridge and swing it down onto the truck. Of course the sight of a large yacht at eye level brought every car within a mile to a dead stop. Amazing how fast you can get all the hold-down straps on and get out of dodge before the police figure out what happened!

I agree, John. Everybody should perform a cluster**** like that regularly just to keep in practice!

Now there’s a fun mental picture…for those of us not responsible for the fall out.

You guys are great. Our 41 foot, home built, traditionally rigged, Alden II schooner has not a lot in common with your metal space ship but your approach to your boat teaches and inspires us. I really agree that learning to move your own stuff ( spars, motors, etc.) is great preparation/practice for problems at sea when you may have to do it in a heaving deck on the first watch of a new day. Bob and Wendy

grt article as usual, but taking exception to ur flip ref to ‘debugging’ ur new electronics…why is this necessary? today’s new gear ought to operate correctly immediately upon connecting…instead most of us automatically expect it won’t, and automatically accept debugging as natural incl the mfrs so they don’t work to mitigate this…like dr visits…most of us expect to always wait despite our appts so is considered natural incl dr who then nvr does anything to correct…we customers (patients) are entitled to mch btr, and we should insist on this instead of lamely accepting it…also mfrs (drs) should be perceptive enuf to make this happen wthout us drawing pics about it for them

Of course we boaters also bear some responsibility since we tend to buy the coolest new thing, rather than buying proven reliability.

Another very insightful article John, thanks. Seeing that photo looking down at all that lovely Treadmaster like non skid you have on Morgans Cloud prompts me to ask if you could share your thoughts and experiences on this way of providing non skid aluminium decks.

As you may recall we are currently building the hull for what could be called a “SuperSized” version of the LRC58 power boats which we refer to as the eXtreme eXpedition Passage Maker or XPM which Dennis has done a brilliant job of designing for us. Right now my intent is to go with a similar system as you have on Morgans Cloud with a glued down non skid material but I am considering several others as well and would really value knowing a bit more about your experiences with this glued on non skid method?

If we go this route on the new boat, based on our experience with our previous all steel boat we will source some non skid material which is as close to white as possible in colour and then have an eXtreme amount of insulation on the undersides of the deck to reduce solar heat gain and yield bare foot friendly decks in tropical climates which we tend to spend a lot of our time anchored in.

I’m sure the critical point is the same as with putting ANY coating onto aluminium whether it is paint or other materials, to prevent the ingress and entrapment of any water between the AL and the covering, and that the primary way to do so is to be meticulous in the preparation of the surfaces and the adhesive application and then maintain a totally sealed edge over time. But I would be most appreciative of your summary from all the years you have had this non skid on your AL decks. If you were to be “crazy” enough to build or have built for you a new aluminium boat would you go with this glued on non skid method or have you come across an alternative you prefer?

Thanks for your thoughts and recommendations whenever you have time.

First off, try putting treadmaster into the site search box (top right). You will get several articles we have written on treadmaster. Then if you have further questions, please comment on one of those posts and I respond. This way we won’t be duplicating stuff we have already written.

Thanks John. Feeling a bit sheepish that I didn’t do a search first myself, just didn’t recall reading anything about this in posts over the past years. I’m sure I’ll get some typically good feedback from your previous posts and many thanks to you for them.