Coming Alongside (Docking) Made Easy Chapter 6 of 12

Coming Alongside (Docking)—Manoeuvring in Close Quarters 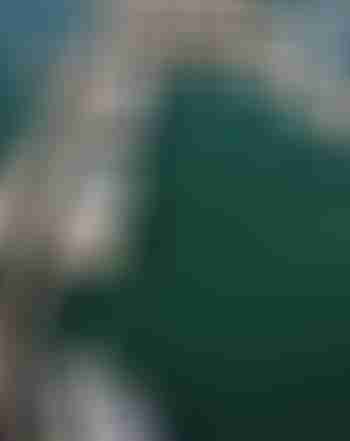 Turning around in a small space like this does not have to be a problem.

Up to now in this Online Book, I have covered setting up to come alongside, and using a magic springline that makes the actual docking easy, but what about getting the boat close enough to the dock to get a crew member and a line ashore without hitting anything?

That's what I'm going to tackle in this and the next few chapters, but first let me tell you a story.

We were in a commercial harbour in Newfoundland and, as so often happens when cruising "The Rock", the harbourmaster had found us a great berth, in this case alongside a massive floating dock in the most sheltered corner of the harbour.

The next day another sailboat came in and tied to a high and rough concrete dock in a much more exposed area.

I wondered over to say "hi" and pointed out that there was a much better berth just behind us, and further in, on the floating dock. I also offered to catch their lines when they moved. The skipper of the other sailboat looked at me like I was an idiot and said,

Thanks, but we have a full keel.

It took me a moment of confused thought (do hope I didn't have my mouth open) before I realized that what he was really saying is that he could not safely manoeuvre his boat into that snug berth.

The interesting thing is that this clearly experienced skipper (I could tell by looking at the boat) assumed that any damned fool would understand that a full keel meant that getting in and out of this berth was impossible.

The point of the story being that this, and many other boat handling myths, have become common wisdom.

And that's sad, because if we learn to reliably get our boats in and out of tight spots we will have a far more relaxed cruising life, since the snuggest and most sheltered berths are nearly always the most challenging to get in and out of.

So let's bust those defeatist myths.

To do that it's vital to clearly understand how our boats respond to various power and steering settings. Yeah, I know, you're thinking "here comes the boring theory, just tell me how to do it".

Sorry, no can do. Most all of the coming alongside approaches that I see that don't end well (including some of my own), are a result of not applying the fundamentals properly, so we need to cover a bit of theory if we are all going to become fellow members of the docking perverts' club¹.

The good news is that there's really only one base skill we need to learn to make getting alongside easy in most any circumstances:

Turning the boat with little or no forward motion.

One more thing, throughout these chapters I will be focusing on single-screw boats without bow thrusters, since if we solve boat handling for that configuration, those with twin engines and/or bow thrusters will be able to take this information and add in the additional benefits that said gear provides.

OK, enough blather, on to the meat of it.