Our last news letter was written from Isafjørdur on the northwest coast of Iceland where we were getting ready to cross Denmark Strait to Greenland. This comes to you from the Bras d’Or Lakes, Cape Breton, Nova Scotia. The intervening 2000 miles and seven weeks have been intense, rewarding, and yes, stressful too.

Ammassalik, on the east coast of Greenland, 350 miles north of Cape Farewell, and our goal for the trip to Greenland, was still closed by pack ice when the three of us—Phyllis and I were joined by Ted, a friend who we met in Greenland in 2000 where he was hiking—were ready to leave Iceland. Rather than wasting the short Greenland cruising season waiting for the ice to clear we decided to sail for Skjoldungen Island 150 miles south of Ammassalik, explore there and then go north if the ice allowed. 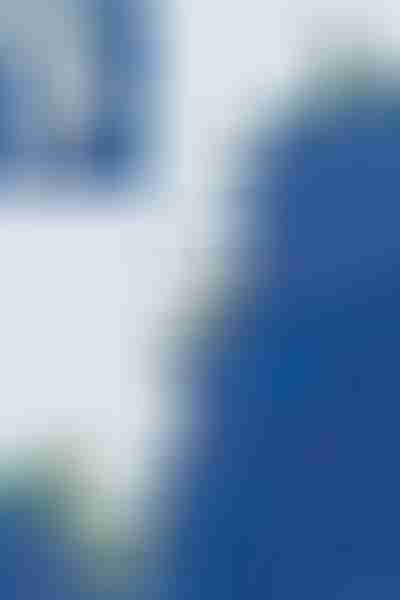 The watch words on the 550 mile passage across Denmark Strait were “save fuel” since there are no towns (or people for that matter) for replenishment from Cape Farewell to Ammassalik. So we sailed at every opportunity even though it meant a slower trip and sailing to windward into fog and rain for the first 24 hours. However, the effort paid off as we arrived at Graah’s Havn—a small harbour just north of Skjoldungen, where the Danish naval officer, Willem Graah, wintered over in 1929/30 during his epic voyage of exploration in Greenlandic skin boats along the coast—with almost full fuel tanks after a four day passage.

A foray ashore at Graah’s Havn, during which we found and photographed the remains of what we believe to be Graah’s winter house, was interrupted by glacier ice flowing into the narrow cove entrance threatening to trap us, perhaps long enough to emulate Graah, spurring a quick return to the boat and departure. 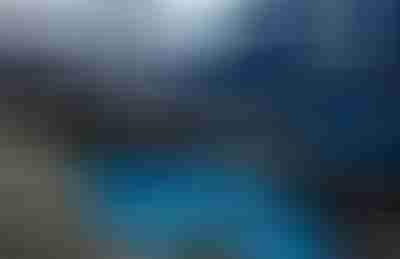 We spent the next week exploring the spectacular mountainous coast in the Skjoldungen area including a circumnavigation of that island through the 60 miles of channels that separate it from the mainland; the only place that we have ever seen that surpasses even Prins Christians Sund, near Cape Farewell, for spectacular scenery: As little as half a mile wide with mountains towering 6000′ vertically from the fjords, separated by huge glaciers. One glacier spilled from a hanging valley several hundred feet seemingly right above our heads and regularly disgorged many ton pieces of ice that crashed to the foreshore, a mere quarter mile from Morgan’s Cloud‘s bow. 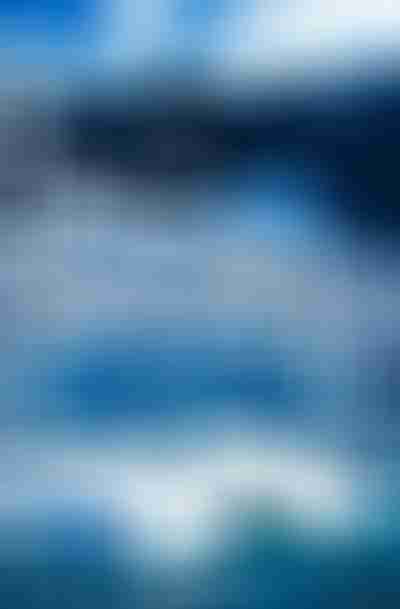 The pack ice starting to clear at Ammassalik spurred a move north to Nansen Bukte, where the famous Norwegian explorer landed in 1888 to start his historic transit of the Greenland ice cap. Here we found a new harbour, not mentioned even in the Danish sailing directions, where we spent a single night, but not a quiet one since the presence of ice necessitated a watch—like almost every night on this coast—and the off-watch below was awoken by the buffeting of 30 to 40 knot katabatic gusts roaring off the ice cap, which in that area comes right down to the sea—the reason Nansen chose to land there.

The next day was decision time: Although the distance to Ammassalik was only 100 miles, a satellite radar problem at the ice center in Greenland meant that we were getting no ice maps and that, coupled with a gale forecast to track up Denmark Strait, dictated a return south to our favorite hidey-hole on the east Greenland coast, Caroline Amalies Havn. Once again we failed to reach Ammassalik and, ironically, the ice chart that came in the next day showed that the approaches were clear. However, the bright side was that we had extra time and fuel to explore the remote and uninhabited east coast, and after all, several hundred tourists visit the Ammassalik area each day, so we can always join them someday on a plane from Iceland!

We spent the next week slowly moving south exploring intricate fjords and finding several new anchorages, although none were very secure and all required an ice watch. Consequently we were all tired when we reached the uncharted and ice free bowl anchorage at Lindenow Fjord that we privately call Morgan’s Cloud Havn because, as far as we know, we were the first yacht to use it during our first trip to east Greenland in 1997. Here we achieved a long held aim of climbing the 3000′ peak next to the anchorage, thanks to Ted’s expertise in mountain activities like crossing snow fields. Climbing mountains is old hat to Ted, but to me the feeling of achievement and euphoria as we reached the top and looked out over Lindenow Fjord and west across the ice cap will always be a highlight of our northern cruises. At the top we built a cairn and left a note. Was it a first assent? Probably not, it’s not that hard, more a tough walk than a climb, but on the other hand there was no cairn or other evidence of people—so maybe, just maybe.

After a quick stop at the Prins Christians Sund radio relay station, with the attendant riotous party that has become a tradition on our Greenland cruises, and a refueling stop at Nanortalik on the south west coast, we were positioned and ready to take the only promising weather window in sight for the passage to Labrador. This window necessitated leaving Greenland in a full gale, but we were rewarded by fair winds most of the way, arriving on the Labrador coast in just over three days.

This year our exploration of the east Greenland coast was aided by a significant increase in water temperature and accompanying decrease in glacier ice from what we experienced in 2000 and 1997. Though good for us, this climatic difference is worrying from a global warming perspective. Most of the glaciers we visited in 2000 have retreated significantly in the intervening three years. We also found large (one was two miles long) tabular bergs—flat bergs broken off ice shelves only produced in, as far as we know, Antarctica and Ellesmere Island. When we reported these sightings to Ice Command Greenland they acknowledged they had also seen them for the first time this year and had no idea where they came from. A sobering thought.

Since arriving in Labrador we have slowed down, spending several days in each port while we wait for the prevailing southwest winds, much of them gale force, to abate before making a hop south on our way to Maine to lay the boat up for some much needed maintenance after our four year northern cruise.

For more shots of Greenland, visit our Picture gallery.