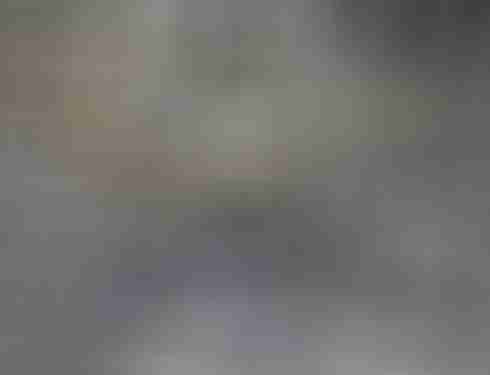 Those of you who follow this site may have read my two previous posts on the subject of polar bears (here and here). Taking a risk that I’m beating a dead horse (as one of our commentors said, “Let’s beat a dead horse because details are so important…and it’s fun”), I’m going to detail how our thinking has evolved on the issue of polar bear “management” over the last number of years.

When John and I first started going north to Labrador, Baffin and Greenland on Morgan’s Cloud, the ice was still in good shape. Polar bears followed the ice as it retreated north in the spring and the few bears that missed the ice and ended up stranded on land were usually shot very quickly by Inuit hunters.

Yes, we carried deterrents and firearms for protection but we never saw a polar bear during our numerous visits north. So we didn’t hesitate to go ashore and carried the guns unloaded as we were more frightened of shooting ourselves by tripping with a loaded gun than running into a bear.

And our experience wasn’t unusual—most summer visitors to Labrador and southern Greenland would be one of a privileged few if they were to see a bear.

Our first polar bear sighting in the wild was in Svalbard in 2002 and that was of its back end as it swam to shore and ran away from the boat. But it was there that we met Louis Nielsen, a trapper who has lived off the land in Svalbard for over 30 years, and he told us that we needed to take polar bears very seriously. He said an unloaded gun is just a stick. He also said that polar bears are fearless and completely unpredictable, even bears that he has interacted with for many decades. (Note that Louis has never had to shoot a bear in all his years of making a living off the land, though he’s come close.)

Even after our discussion with Louis we didn’t feel that the chances of meeting a bear were high enough to forego shore excursions, so the only changes we made in our polar bear “management” strategy were to increase our vigilance, have deterrents on hand at all times, and carry our guns loaded (chamber empty) with the safety on when hiking.

But that all changed in 2011 during our voyage to Baffin and down the Labrador coast. Not only did we see bears on several occasions but other sailors we met mentioned seeing 15 or more.

The increasing number of bears on land in the summer was confirmed by the manager of the Torngat Mountains National Park and the manager at Hebron (an historic site just north of Nain). Added to this, the manager of the Park reported that bears were catching seals from the land and looked to be in relatively good shape.

So all this got me wondering what is actually happening with bears in the north. And, on a very personal basis, if the chances of meeting a bear are so much more likely than before, what does this mean for our approach to shore excursions?

And so I underwent a self-study course on polar bears.

What The Scientists Say

I started with the book Never Look a Polar Bear in the Eye. An amusing read, it tells the story of dyed-in-the-wool conservationist Zac Unger who goes to Churchill, Manitoba to see polar bears before they are exterminated by climate change.

After getting nowhere with the “big name” scientists who espouse the certain demise of the polar bear, he ends up spending time with an “outlier” scientist who suggests that the polar bear may be able to adapt to climate change by eating while stranded on land.

The next books I read, Polar Bears: The Natural History of a Threatened Species by Ian Stirling and Polar Bears: A Complete Guide to Their Biology and Behaviour by Andrew E. Derocher (both scientists belong to the “big name” group that refused to hang out with Zac), are not only intensely interesting, they’re incredibly beautiful books with a wealth of photographs and a ton of information.

Their take is that polar bears are under great threat from climate change, especially the West Hudson Bay group (centred in the Churchill, Manitoba area), as they require seals to provide enough fat to justify the energy expenditure that moving their huge bodies around requires (eggs and birds and berries just don’t cut it), and there aren’t any seals in that area during the ice-free period.

Ring seals, who stay with the ice, provide the vast majority of the polar bear’s food intake as their numbers are large enough to support the present population of bears—worldwide considered to be about 20,000 to 25,000. Young and very old walrus (healthy adult walrus can fight off a bear), beluga whales (the only whale small enough for a bear to manage), larger whale carcasses, other breeds of seals—none of these exist in the numbers and close proximity to each other that ring seals do.

Polar bears need to eat enough over the winter to last them through the fasting period, which can be as long as 8 months (and growing). And this is where climate change is so dangerous—that the length of time that there is viable ice for the bears to hunt from is shrinking and the condition of the ice is deteriorating.

But what about the interesting thing we saw in Labrador, that the bears there are hunting seals (other species than ring seals) during the former fasting time? And we have recently learned that Inuit in Labrador have on occasion observed polar bears hunting caribou. Which does seem to support the suggestion by the “outlier” scientist that bears may be able to adapt by hunting on land.

One thing which became very clear in the research I did is that scientists have, because of ease of access, focused mainly on the West Hudson Bay polar bear population and there is no saying whether findings for that population are true for all Arctic populations (scientists refer to 19 relatively discrete subpopulations of polar bears in the Arctic).

So the bears in Labrador may very well have adapted to hunt on land where the bears in West Hudson Bay have not, probably because there is nothing to hunt in the summer in their area.

What This Means For Visitors

And what does that mean for our shore excursions? Well, it means we will have to be exceptionally careful about where we go ashore—places where there are good sight lines, where there are no signs of bears, and where we can protect ourselves in case of an attack. Think about it: bears are hunting seals along the shore, you pull up to the shore in your gray dinghy…

But what about within the Torngat Mountains National Park (Labrador) and Auyuittuq National Park (Baffin Island), where Parks Canada is encouraging visitors while at the same time outlawing guns for everyone except Inuit hunters and bear monitors?

(Sadly, as I was writing this post, a hiker was attacked by a bear and severely injured while hiking in Torngat Park—he was in his tent and with a group, both situations which, according to the Park’s bear safety brochure*, are supposed to provide protection from bear attacks. Note that his group chose not to hire a bear monitor.)

Well, if I was on a land-based hiking trip, I would definitely hire a properly trained and equipped bear monitor (note: rusty 22s don’t cut it).

However, visiting the north by boat is a different kettle of fish (sorry!). Since mariners can access these Parks at a number of places, not just through Base Camp or a community, this may rule out even getting access to a monitor. And even if a monitor is available, what are the logistics of having another person aboard, a stranger who is unfamiliar with yachts, etc.?

Personally, I don’t think taking a polar bear monitor aboard a normal sized yacht is a viable option. So that means going ashore while within Park boundaries is not prudent, and John and I will follow this protocol happily, since, with this many bears around, we aren’t comfortable going ashore anyway. As John has been known to say, there’s no good outcome in case of an attack: either we kill the bear, which sucks, or we miss the bear, which sucks.

But what if we have to put in a shorefast for safety? Or if something happens to the boat and we have to take shelter ashore? Probably in these cases force majeure would take effect if we did have to protect ourselves from an attack.

What About Parks Canada?

I believe that Parks Canada needs to make up its mind how it wants to market the Parks, before there’s another tragedy. Either they:

A rewrite of the Park’s polar bear safety brochure would not go amiss either: I find it hard to see how a tent is going to offer protection from an animal that is used to punching through the roof of a snow den to get at ring seal pups.

Though this third discussion of polar bear “management” might have seemed like beating a dead horse to some of you, for me it provided an opportunity to learn about an incredibly beautiful, interesting, and highly adaptable animal that survives in an incredibly hostile and fascinating part of the world. All in all, a wonderful project.

Now, on to my next self-study project—French. À la prochaine!

*Update April 2017: this brochure seems to have disappeared from Parks Canada’s website. Readers are now referred to a different government website, which makes no mention of polar bears.

Polar Bears: A Guide to Safety

Wild Ones: A Sometimes Dismaying, Weirdly Reassuring Story About Looking at People Looking at Animals in America by Jon Mooallem is a fascinating look at species conservation.

Some We Love, Some We Hate, and Some We Eat by Hal Herzog is a very interesting analysis of why we are so conflicted in our relationships with animals. The title says it all!