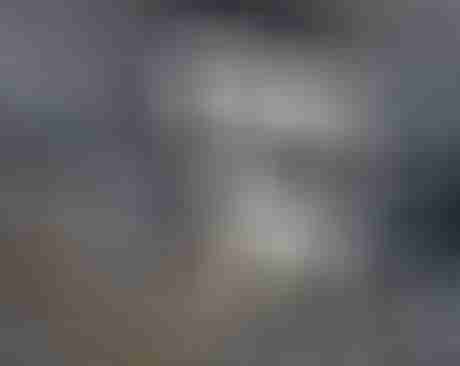 John and I just returned from a challenging Arctic cruise, one of many we’ve undertaken over the last 20 years. On all our previous voyages, we’ve only ever seen the back end of one bear running away from us…we were on the boat, steaming out of an anchorage in Northern Spitsbergen.

However, this summer’s voyage changed all that: we saw a mother and two cubs in Baffin Island and a lone bear in Labrador, and we didn’t stop much as we were in a hurry to get south after an intense summer in West Greenland. Other sailors who spent longer in Labrador reported seeing as many as 10 and even 15 bears.

So what has changed? According to Judy Rowell, manager of the Torngat Mountains National Park, polar bears in Northern Labrador (most of which is contained in the Park) seem to be flourishing and successfully hunting from land. Which is very good news, since the loss of any species in our world is a tragedy, and the reduction in sea ice initially looked like it could mean the end of the polar bear (and it still could be the end of other populations, such as the one based out of Churchill, Manitoba, for one example).

A while ago I wrote a post questioning Parks Canada’s policy of not allowing Park visitors to carry firearms for polar bear protection. A number of you wrote comments to that post expressing concern about the threat to polar bears from the reduction in sea ice. So we wanted to pass on the good news about the bears’ adaptation to changing conditions.

But the increased number of bears in Northern Labrador in the summer is only heightening the problem I talked about in that post. Before, when the threat of meeting a bear was relatively low, we felt that going ashore with adequate protection—deterrents and, for use as a last resort, a firearm—was a reasonable action both from the standpoint of risk to us and risk to the bear. However, due to the increased number of bears and the fact that they are now in full hunting mode when ashore, we no longer feel that going ashore in this area is a reasonable action for us, and so this summer we didn’t go ashore in Northern Labrador at all.

There is, however, no guarantee that we will be able to avoid going ashore in a future visit, even if it is just to put in a shorefast in case of ice (to pull ourselves into shallower water), a small anchorage, or severe weather. In these situations going ashore would be unavoidable and the risk of meeting a polar bear would be a very real possibility.

So dealing with the issue of encouraging people to visit the Park who are not allowed to adequately protect themselves from a polar bear attack remains a concern. (To the Inuit’s credit they have agreed that a bear shot in self-defense will be taken off their annual hunting quota, thereby having no effect on the total bear population.)

Tell us—and Parks Canada, they read my last post and the comments with interest—what you think. Please leave a comment, but to avoid duplication, please read the original post and comments, before you do.