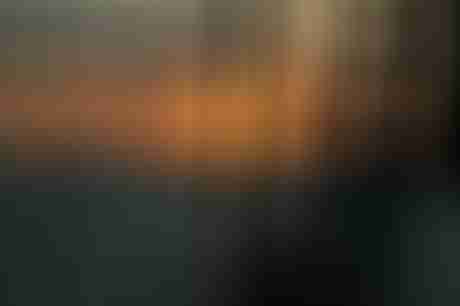 It’s a funny thing, sleep, isn’t it—too much of it can make us sluggish, not enough and we can come close to collapse. Preparing for a passage, it’s vital to get enough rest in advance, but we find that’s one of the most difficult things to achieve. Resting well in the days before departure should be the best approach, but there always seems to be a list of things that have to be done to keep us busy until the last moment. And on the night before, even early to bed after a light supper doesn’t guarantee a good night’s sleep. At 0100 you’re wide awake, with your mind going at ninety miles an hour.

As a young guy I sailed with many ex-Navy men who employed the standard Royal Navy approach to preparing for sea, i.e. the traditional ‘run ashore’ the night before. I can’t claim to remember too much about some of those events, except that the ensuing passages were an exercise in endurance, in fighting to stay awake—not recommended! Far better to set off with a clear head and a settled stomach, if you’re to enjoy the voyage, and to be of any use.Over the years I’ve tried all sorts, and the best I’ve come up with is to start the preparation early, relax (if possible) the day before departure, eat sensibly, and get to bed on time. I think it helps, but I can’t be sure. We did just that a few days ago as we prepared for the crossing from Cadiz in Spain to Rabat, Morocco, and we both woke up dead on cue at 0100, and then struggled to get back to sleep all night.

What Keeps Us Awake?

The cause (at least for us) seems to be a mixture of anxiety and anticipation. The nagging reminder of all the possible things that could go wrong is always present in these waking moments, despite the fact that I’ve done the same thing a thousand times before, we have a great, bomb-proof boat under us, and I have a sailing partner I can trust. But as the old Spanish proverb says ‘ the fisherman that doesn’t fear the sea will soon be drowned’, and so the anxiety has its uses—the sudden recollection of the one thing that you have forgotten to check, or in keeping the dangerous element of complacency at bay. The anticipation is far more welcome, the delicious thought of a good sail with a new country and culture at the other end of it. But at the same time, when you need your rest, neither cause is exactly helpful.

When Your Guard Is Down

I’m sure we’ve all seen incidents on boats that could have had serious consequences that occurred simply through the watch being fatigued. There’s a real need to ensure that you’re on the ball at all times when in charge of a watch, especially when tired, and to have the drive to do whatever is necessary, even when your exhausted mind says rest. Perhaps the most obvious example that comes to mind is reefing when going downwind. When the boat is trucking along, and the breeze is gently rising, it can be terribly easy to just let her run because it requires no effort to do so—or leave it to the next watch! But the maxim that the time to reef is the moment you think of it remains a good one, so we have a standard system of apparent wind speed figures at which we reef—and no fudging or questions asked. These are conservative figures and apply principally for night watches, and so far, so good—we’ve avoided being over-pressed and at risk. And as an added bonus, with the boat sailing comfortably we can rest all the better.

Can We Train For It?

As John and Phyllis have remarked before, short overnight hops can be more tiring than longer passages, as it takes time to get over the initial nerves and settle into a new sleep rhythm related to the watch system, and that is simply impossible on an overnighter. I find that I catnap on the first night, sleep better on the second and by the third I can’t even remember turning in, and I know many others who behave in the same manner. Until recently I’d yet to hear of any simple way you can train your body to shorten that cycle or even cope with it, but then I read how long distance single-handed racers undergo special sleep training regimes to prepare them for long spells in high stress situations with little sleep. In advance of her record-breaking solo voyages around the globe, Ellen MacArthur trained with a neurobiologist to cope with only 4-5.5 hours sleep per day by taking short power naps, but that seems on the face of it like overkill for our circumstances. The key seems to be to find your inner sleep rhythm, which sounds a bit New Age to me, but who knows? Maybe there’s something in it for long passages—and by now I’m ready to give anything a try.

So here’s a general plea to all of you out there—have you discovered a magic formula to deal with this? If so, please do tell, because I’m sure we’d all love to hear it.

And our passage after all of the anxiety? Great thanks, good breeze, a little bit of ship dodging, lots of dolphins and only reefed once. And the anticipation? Well after two good nights’ sleep it’s coming back!