We received an e-mail a few weeks ago from our friend Bob Tetrault who has been following our heavy weather series. Bob went to Maine Maritime, has a master’s ticket, and has fished the Gulf of Maine and Georges Bank in all kinds of weather. He currently owns three boats that fish the Gulf of Maine.

His e-mail is primarily about his experiences dragging up abandoned sea anchors but it is also full of other interesting nuggets of information and is a fascinating look at how the professionals deal with heavy weather. 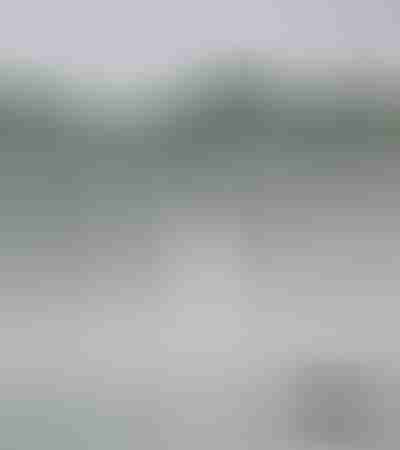 The sea anchor we carry on Sea Return was purchased new, a 24′ Paratech. It has never been out of the bag. When I was fishing and towing [sea anchors] up they were usually military parachutes without much warp which leads me to believe they were cheap and cut free rather than retrieved.

Even now it’s not unusual to see a posting on a bulletin board at our ice plant advertising a sea anchor for sale. They are usually in good shape, just snarled and a little dirty from being towed from the bottom. The last one I saw was a Paratech style with no warp, just the swivel.

When fishing well offshore and caught in a bomb or weather that was much more than predicted, we would haul our gear (net) while we still could, remove the otter boards, and put the net back off the stern. We would then cover the engine room vents with custom made tarpaulins and put the checker boards in the stern ramp so they couldn’t wash out, leave the deck lights on and turn in. One crew member would always be on watch. If we started taking green water over the stern he would start up and work ahead slowly and the wash would keep the seas from breaking in on us.

This is the same theory as the slick created by a boat properly heaved-to.

Once I had to rig a pennant from the bow and winch the warps to the bow [so as] to lay bow-to, which was really about fifty degrees [to the wind] with the wheel house windage working against the significant drag of the fishing net. [Generally] we didn’t [like] to do this because bringing the two warps to a point on the bow had the potential for the net to snarl, but it was certainly safer [than being stern-to]. The resultant slick did the job. We would move very little, maybe a knot in >50 knots of wind. We don’t carry anemometers so everything was an estimate, but be assured foam was blowing off the wave tops.

This would be in effect the same as the Pardey bridle or our own use of a Galerider.

I never once felt my crew and I were in danger while laying-to as I describe. The power of the sea commands a lot of respect; it can be awesome as you know.

As an aside, sometimes we would collect a deck full of puffins. They would gather at the stern under the deck lights, presumably because it was calmer and some fish scraps would wash off the deck. Anyway the seas would wash them one at a time up over the checkers until we had dozens crouched down in the corners under the bulwarks. Getting them back in the water was always a big chore because they couldn’t stand and got pretty excited when man was present, so we would wash them one at a time out the scuppers with the deck hose.

All this reminds me that I need to discover what works best for Sea Return. You really need bad weather to experiment and I always find some excuse not to test my plan.

This great post on handling a fishing boat in heavy weather, once more confirms my view point and John’s of NOT using a Para-Tech solid sea anchor on a mono hull but using the small BUORD, which is much more like the fish net used above with flow through to relieve the strains, OR, if it will work for you, a big Galerider off the bow.

Experimentation on your boat in increasingly bad conditions is the way to approach this most important aspect of sailing. Practice until something works while keeping you safe behind the slick. Understand exactly what you are trying to accomplish. Then cruising will become much more fun and relaxing because you “know”…instead of winging it.