Back in the day, many offshore voyaging pioneers like the Pyes, Smeatons, and Hiscocks cooked on Primus stoves: Peculiar machines that relied on hand pumped air pressure to force kerosene (paraffin) into a burner that was preheated with metholated spirit (industrial alcohol). Tales abounded of flare-ups, singed eyebrows and sea-cooks totally traumatized by the unpredictable behaviour of these machines.

Polaris, the sailboat we looked after for a month in Greenland, is fitted with a three burner kerosene stove from Switzerland-based Bertschi. The fundamental technology is the same as the Primus, but the pressure is provided by an electric pump (with manual backup) and the burners preheated by electric elements (you could still use alcohol if these failed). However, even with this automation, cooking on this machine requires strong nerves, chanting incantations in an obscure Swiss mountain dialect, and the sacrifice of small animals. 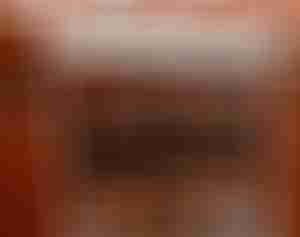 The stove does include a small oven, but this requires substantial reconfiguration of the stove to use and there is no grill. Other problems are the smell of burning kerosene, which can turn even the strongest stomach, particularly at sea, and the risk of some quite spectacular, but probably not actually dangerous, flare-ups if the burner is not heated enough before turning on the valve.

When you add to all that the difficulty of controlling the temperature of the elements and the truly eye-popping cost of the machine, you could be forgiven for wondering what the point of going this route is? Well, kerosene has three big advantages over propane as a cooking fuel:

Will we be fitting Morgan’s Cloud with a Swiss kerosene stove? No, but we can see the point, given the mission that Polaris was built for.

By the way, as we discovered when I was cooking Christmas dinner, an incompletely combusting kerosene burner can produce carbon monoxide just the same as a poorly adjusted propane stove. All boats should be fitted with a CO detector like both Polaris and Morgan’s Cloud are.

Next: Cooking And Heating With Kerosene (Paraffin)