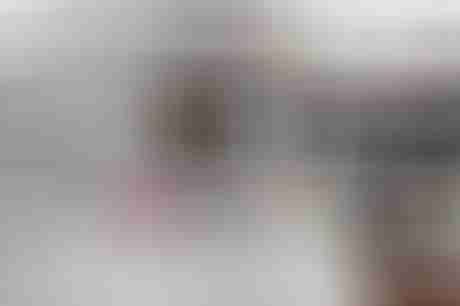 I wrote the first tank gotcha post back in 2011 when we tried to fill our aluminum propane tanks, only to be told that they needed re-certification as they were over 10 years old. Since at the time I couldn’t find anyone to do the re-certification, we had to buy new tanks.

Imagine my dismay when I found that the replacement tanks we got were already long dated—by 6, 5 and 4 years—meaning we only had 4 years before the oldest “new” tank would need re-certification.

Well, that day arrived this spring and so I once again began looking for a place to get the tanks re-certified. Which wasn’t really all that hard—I just went to a company that specializes in propane services. (Why didn’t I think of that last time?)

Anyway, it turns out that finding a recertification guy (RG) is actually the easy part. The hard part is that getting the bronze valve out of the aluminum tank is, at best, a 50-50 proposition, with stripping the threads, thereby rendering the tank useless, the negative outcome. And replacing the valve is exactly what is required by law, at least in Canada, to get a tank re-certified.

So what happened, you ask? Yup, you got it, the threads stripped and we are now on the hook for a new tank after only 4 years of use from the old “new” one. Which is not even slightly financially or environmentally funny or friendly. We asked RG if he could source it but, sadly, his suppliers don’t carry the type we need (sigh).

Now, interestingly, RG told us that manufacturers actually pre-date stamp the tanks by 6 months to ensure that the tanks aren’t long dated before they reach the buyer. And, if they are long dated, they are usually sold at a discount. Which makes me wonder how we got a tank that was already 6 years old? It also makes me wonder why we were charged full price? Do you think that maybe marine suppliers are getting the tanks at a discount because they are long dated and selling them on to ignorant mariners for the full price?

Whatever the answer to that last question, we have no choice but to source these tanks through a marine supplier; however, this time, older and wiser, we are going to have a chat about date stamps before we order the tanks—and then refuse to accept them if they are long dated.

We suggest you do the same.