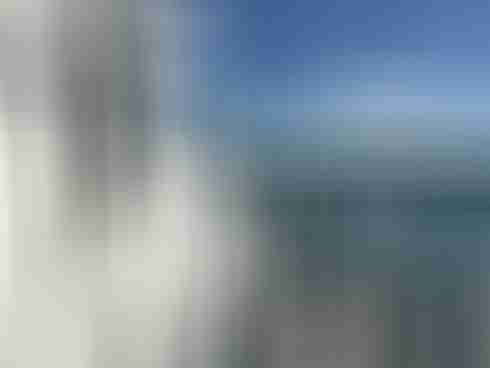 I haven’t had a rant for a while. So here goes.

What is it with recreational trawlers and the lack of wing controls?

The first thing our friend Bob, a commercial mariner and fisherman, did when he and his wife Brenda bought their Nordhavn 55, BJoyce, was to upgrade her controls so he can adjust rudder, engine, and thrusters from the side of the boat outside the wheelhouse where he can see everything properly while he docks and most, importantly, where he can see where crew members or dock hands are at all times.

Bottomline, trying to dock a big motorboat with a 300 hp engine, capable of exerting enough force at idle revs to rip someone’s leg off, from inside a wheelhouse with blind spots everywhere, is just plain dangerous. Yet we see it done every day, usually with much shouting and angst.

Flying Bridge Is Not a Substitute

A flying bridge sometimes helps, but on trawlers that are often quite beamy with controls in the middle of the boat, the skipper tending them still can’t see a crew member on the dock without leaving the controls.

We saw this graphically demonstrated on a 50 foot trawler we went out on when the skipper, under the impression that his crew was back aboard after untying the spring used to swing the bow out, put the boat in gear. She was still on the dock and reaching for said spring. Luckily, she realized what was happening and jumped clear, but things could have ended with a very nasty injury.

Sure the headsets that we see motorboat crews using these days can help, but there is no substitute for actually seeing what’s going on. All it takes is one verbal miscommunication and disaster can strike.

The other huge benefit of wing controls is that the skipper can easily throw a line to someone on the wharf without having to leave the controls. Way better than popping in and out of the wheelhouse like some demented gopher or, worse still, risking life and limb scrambling up and down a near vertical ladder to the flying bridge.

This is Not Smart

This really is a stupid situation. How often do you see a large beamy commercial vessel being handled by a professional mariner without wing controls? Not often.

But the recreational trawler industry is willing to put a huge powerful boat in the hands of an amateur and then not even give said amateur a safe control station to dock her from. For shame!

OK, got that off my chest.

A big thank you to Bob and Brenda for staging and taking the above photograph, required for this post, since some dummy forgot to take it while he was on their boat.

Next: Offshore Motorboats and an Ideal Geezer Boat