There is nothing quite like the final moment of departure at the start of a long cruise or voyage. A strong mixture of anticipation and apprehension, it generally follows a stressful period, with all of the usual last minute glitches and hassles, however careful your planning and preparation. Then there are the goodbyes to friends and loved ones which can tend to cast a sombre mood over the proceedings, with thoughts of the many months it may be before we see them again. 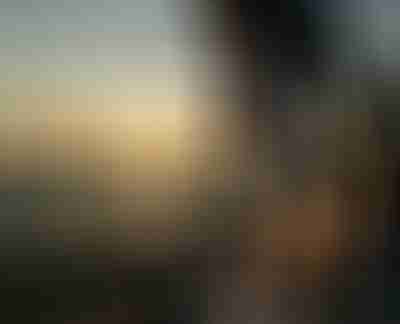 Far better we feel to make a short trip before setting off on the long haul, just to settle into the rhythm a little, especially if it puts you in a better position to step off from. And off Cornwall we have the perfect place in the Isles of Scilly.

A tiny group of 48 islands and rocks lying just over 20 miles from Lands End, the islands have a number of advantages for the sailor. Whether bound north or south they give a little additional westing, always useful with our prevailing winds, and they also allow a clean departure, in that there are no tidal gates to dictate the time of raising anchor. Finally, they are beautiful, remote and oceanic—and whilst the swell and the surrounding sea leave you in no doubt that you are out in the Atlantic, in the right weather they are the perfect place to unwind.

So we were delighted to have a settled forecast with light easterly winds that would allow us to make a brief stop-off in the islands on our way north. We left Falmouth on a glorious day, making most of the distance under our new asymmetric spinnaker, feeling the tensions slowly slip away before making our first arrival in the loveliest of all the anchorages at St. Helens Pool in the north of the islands. There we sat and watched the sun go down in the peace and quiet of an island evening with only two other yachts for company—a magical first night.

I have made the crossing between Cornwall and Ireland on many occasions, generally heading to Scotland via the Irish Sea. But on all occasions it was for work, with the associated deadlines, and we either didn’t have the time, or didn’t have the forecast to go around the West of Ireland. Besides, there is little pleasure in blasting around such a magnificent cruising ground. It’s far better to take your time to explore and enjoy the flavour of the place and the people, and not just to rush by. Much better to slow down and cover a smaller area in more depth, we feel.

So with this in mind we decided to make the crossing out to the southwest corner of Ireland, for a short cruise before departing for Scotland. The only time I had been to the area previously was during a Fastnet Race, when we rounded the rock on a sunlit day in a big ocean swell. Just off on our starboard side lay Cape Clear, and beyond it the hills and islands of Ireland, and it looked just fabulous. I remember thinking that it would be far better to turn to starboard and head in to Baltimore or Schull and see the place, than turn to port round the Rock and head back to Plymouth—I knew that moment that my racing days were over. Ever since then it has been an ambition to go back and put that error right, and so we felt that it would therefore make a really fitting addition to our cruising itinerary to make this our first real landfall of the season.

And what a crossing it was, with hardly any traffic, and a moonlit, then starlit night. The wind came and went from the east, but we were able to keep sailing in generally the right direction, before sighting Galley Head and entering the lovely little harbour at Glandore the following day, and then sleep.

So far, so very good. The stop-off in the Isles of Scilly had allowed us to draw breath and relax for the crossing, and the crossing had resulted in an arrival in a beautiful part of the world, with so much to look forward to in visiting this part of Ireland. Cruising isn’t racing, and in getting the initial departure and arrival right we can help to establish the mood of a cruise, and slow ourselves down to the right pace to savour every moment of it.