Though John and I always feel totally disconnected with our destination after flying somewhere, when sailing from place to place on Morgan’s Cloud we feel like active participants in the small bit of the world surrounding us. 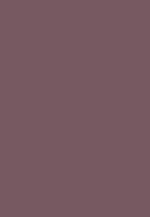 The slower pace and lack of hustle and bustle out at sea allows us to see and smell more acutely and think much more clearly. After a few days at sea in our own little universe (Morgan’s Cloud and the surrounding waters), we start to live in the present instead of anticipating our arrival at our destination or thinking about where we just were. Zen Buddhism talks about ‘living in the moment’ and we both find this easiest to practice at sea.

As John often says, “Sailing in your own boat isn’t just a way to get from Point A to Point B—the journey is the reward”.