Leaving Rio wasn’t difficult for us. After just a few days in the city we were longing for the peace and quiet of rural Brazil once more, far from the noise and security concerns of the big city. Besides, we had an overdue appointment to keep with one of the country’s great natural wonders, the Mata Atlantica.

When you ask people what they know about Brazil, their reply generally starts with the Amazon. Given the scale of the Amazon basin, and the amount of newsprint it generates, that’s hardly surprising. Far fewer mention (or have even heard of) the Mata Atlantica, a range of natural habitats that stretches from Brazil down to Argentina, from the coast to the Pantanal inland, and includes coastal rain forest through to wetland and savannah. And part of the reason that it remains so unknown is that there is so little of it left.

The Mata Atlantica originally extended over 1,230,000 km2, but has now been reduced to less than 100,000 km2. This represents less than 7% of the original area, and 80% of that which remains is in parcels of less than ½ km2 —tiny fragments of a once vast, glittering mosaic. The reasons are prosaic and the path well trodden: 70% of Brazil’s population lives on the coast, so urbanization, logging, clearance of land for crops, and grazing lead the list of the usual destructive culprits.

And, as may be imagined, the impact of this fragmentation is even more pronounced for wildlife: 60% of Brazil’s endangered species reside in the Mata Atlantica, their numbers drastically thinned by habitat loss and hunting—where roads for logging go in, bush meat hunters are right there to use them. It’s not a very encouraging story. 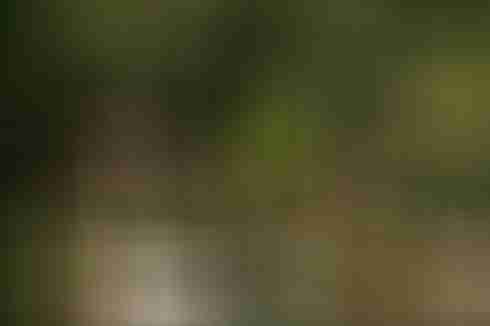 But, as always, neither is it an entirely bleak picture. Some highly endangered species, such as the pretty little golden lion tamarins, are slowly recovering through active conservation programs, and positive efforts are being made to protect what little is left of their habitat.

Some of the best preserved original Atlantic Moist Forest is to be found just to the west of Rio, in Brazil’s best known cruising area, the Baia de Ilha Grande. A huge area of mountainous islands, bays and tiny villages, with no cars and very little in the way of amenities, best visited by boat. We’d been looking forward to this part of our voyage for years—and we weren’t to be disappointed.

Scotland Without the Midges?

After the generally low lying and featureless coastline we’d seen so far, our spirits rose at the sight of the hills in the distance—real hills, not just bumps on the horizon; a sight that made us feel more than slightly homesick. Motoring over a smooth steady swell we could have been approaching Skye, albeit the temperature would have pointed out our error.

And the grandeur of the scene became heightened as we finally approached our first anchorage at Abraao on Ilha Grande, as the hills rose steeply above the tiny toytown village and the model yachts anchored off the village.

The island is big enough to close off any Atlantic swell, which makes for peaceful nights, and as there is generally very little wind, the anchorages (of which there are hundreds) are calm by day and night, which is just as well, because most of them are open to at least one wind direction. But hills being hills, they tend to attract cloud and rainfall, and during the first few nights we were treated to some spectacular thunderstorms with squally winds to match.

Normally this wouldn’t bother us too much, but with the combination of so many boats at anchor, hardly an anchor light on display, and some pretty dubious anchoring techniques, we ended up clearing out of one spot in the middle of the night simply to stay clear of the mayhem as the wind boxed the compass.

There Are Some Magical Spots

Our favourite anchorage was the completely sheltered Saco de Ceu, just to the North of Abraao, one of those places that were sometimes called ‘God’s pocket’ by mariners of old due to their safe haven status, surrounded by spectacular hills covered with the dense Mata Atlantica forest, wonderful bird life, and small welcoming pousadas. We spent several days here just absorbing the peace and quiet.

We visited quite a number of anchorages as we slowly made our way through the bay, each with its own unique memory: stars mirrored in the still waters, howler monkeys, hummingbirds, all surrounded by forest and hills. There are supposed to be 365 islands in the Bay, and the choice is yours to sample them all and find the one that suits you best. You could spend months here and still have plenty of new anchorages and experiences to savour. 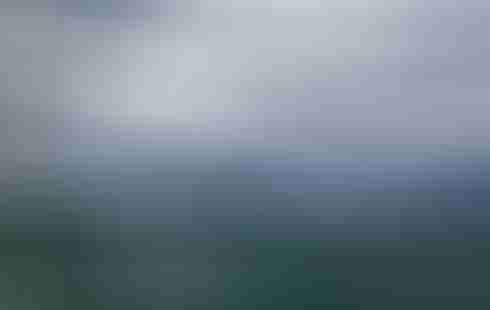 Finally, we had to move on to one of Brazil’s best-loved destinations, the ancient town of Paraty tucked away in the western end of the Bay. Dating back to 1667, Paraty has preserved as closely as possible its original Portuguese heritage, and so draws visitors from all over the world to walk its cobbled streets.

There are several marinas at Paraty, making it one of the hubs of Brazilian cruising, and we had booked Pèlerin in at the most sailing orientated of them all, the Marina do Engenho. Developed and owned by Brazil’s most famous high latitude sailor Amyr Klink, and run by the great Luiz Pizao, Marina do Engenho has become famous in the cruising world for its sensible prices and the support and warmth of welcome from Luiz and his team.

Sheltered it may be, but Paraty isn’t immune to the thundery weather generated by the heat, moisture and hills that surround it, and as we made our approach we were treated to a final blast of wind and rain, right on the nose—as usual. But once finally installed we set about putting Pèlerin to bed for our return to the world of work and insanity for a few months. 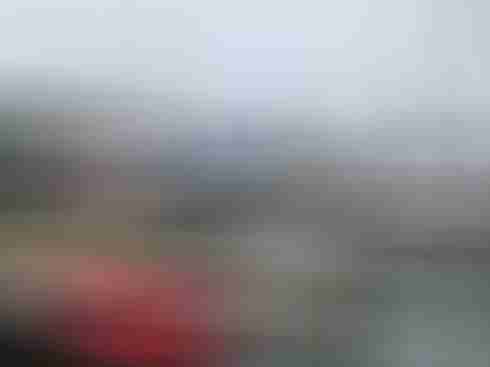 Even though the marina is outside the town, we were still able to visit the old town and see the sights. It seems that nearly every week there is a festival, and during our stay there was a major religious festival taking place, complete with marching bands, fireworks and gatherings in the ancient church in the centre. Despite the number of visitors to the town, Paraty never felt spoiled, and during the daytime it was always possible to find a quiet corner to simply contemplate the past—a suitable place to decompress after months and many thousands of miles on the move.

Leaving our home in such a distant place wasn’t easy, even though we knew she would be in good hands. Far rather, though, in peaceful, ancient Paraty, than one of the major cities we had visited along the way.