Topics > Destinations > The Tropics > Brazil > The Stars May Be Out…

The Stars May Be Out… 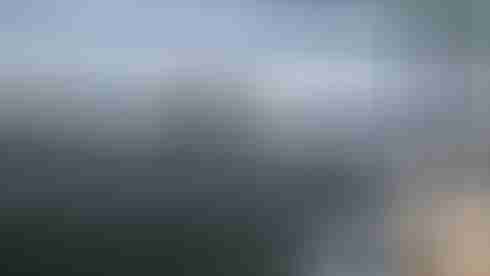 Entering Rio – what a backdrop

Land people sometimes ask what we cruisers do out there in the dark in the middle of the ocean. You don’t keep going all night, do you? Yes, we keep sailing. Don’t you just go to bed? No, we have to keep a watch out at all times. What for—surely there’s nothing out there? Well not a thousand miles from land there isn’t,  it’s true. Just you, the stars and the parallel inner voyage that sometimes seems more vivid and enjoyable than the practical one that you’re living.

But inshore, that’s different—there’s little time for quiet reverie amidst all the shipping, fishing vessels, oil rigs, flashing buoys of indeterminate provenance and so on. No wonder it’s so tiring compared with ocean passage making. And Brazil has got it all, especially on the stretch that takes you from the Abrolhos to Vitoria and on to Rio de Janeiro.

Firstly there’s an active fishing fleet, working from the many shallow rivers and ports strung along the coast. For the greater part, these fishing vessels are relatively small (generally less than 30ft) and are constructed of wood. Most of them being painted in bright primary colours, they are relatively easy to spot by day, but at night it gets more complicated.

Sailing along in the dark with everything poled out and strapped down, a glance around the horizon will often reveal not a glimmer, until the moment you’re about to put your feet up when a single white light will appear. As the boat’s head swings and you try and get a fix on that light, so another one appears, then another, until it’s like fairyland out there and your peaceful watch is ruined. 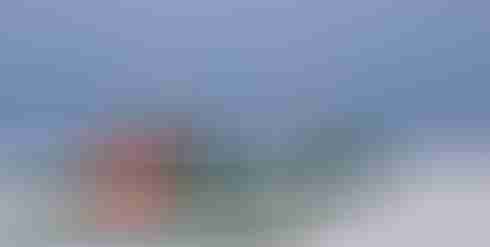 You can’t miss them by day!

Apparently, the local fishermen shut down their lights to avoid attracting flying fish, only turning them on when another vessel approaches. And radar is no help either, as wooden vessels of their size just don’t register on our small radar sets. Conducive to rest it isn’t, especially if the breeze is up as it tends to be on this stretch; the local sailors don’t call Vitoria ‘Ventoria’ for no reason. Even with our hull being pretty foul we were regularly clocking 9 knots with the help of the Brazil current on this leg.

This is also a stretch with many large ports, handling and exporting the timber and mineral wealth of Brazil’s hinterland, such as Ubu, Tubarao and Vitoria itself. On the approaches to Vitoria we sailed through a fleet of well over 40 large VLCCs awaiting berths in Tubarao, and at all times we could see vessels arriving and departing via the dredged channel (which we had to cross) on our AIS—thank heavens for AIS!

Then you’re into oilrig country, with its attendant guard zones, tugs and supply vessels, before rounding the local Cape Horn—Cabo Frio—and making for Rio de Janeiro. Cabo Frio has a bad reputation, not only due to strong, shifting winds, but also because of the largest concentration of small inshore fishing boats along this whole stretch of the coast, so we weren’t looking forward to it.

Our original intention had been to duck in to the small harbour just inside the Cape for the night to avoid the worst of this madness, but a shatteringly loud firework display in the form of a thunderstorm convinced us otherwise. It also had the added benefit of persuading our fishing friends to stay in the bar, so we were able to round the headland in fine style.

This last stretch of the coastline has the reputation as something of a windhole, and so it proved—we went from 25 knots over the stern to less than 5 knots in the space of a few miles, and so settled down to join the procession of shipping plugging along under power on their way to and from the great city, which finally rose out of the water at first light. 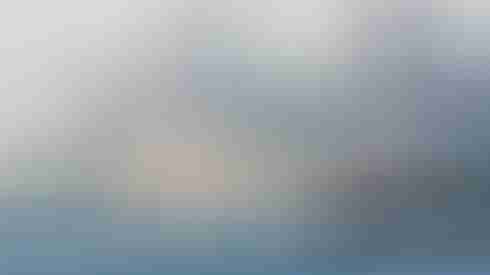 The mountains dominate Ipanema and Copacabana.

As I’ve mentioned before, Lou and I are emphatically not city people. But even the most jaded country lover couldn’t fail to be impressed by the spectacular entrance to Rio. Set amongst forest clad peaks that dwarf the skyscrapers of Ipanema and Copacabana (those songs!) the colossal figure of Christ the Redeemer gazes benignly down on the Sugarloaf and the puny efforts of man—an extraordinary and awe inspiring backdrop. 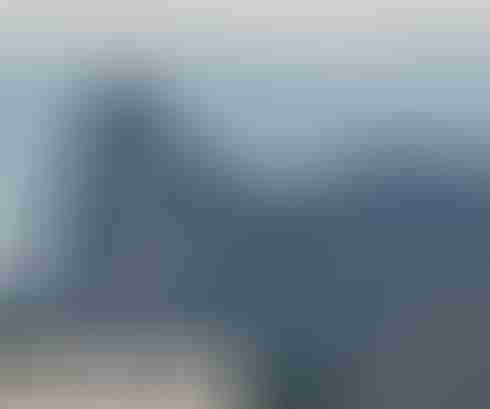 Christ the Redeemer looks down on the city. 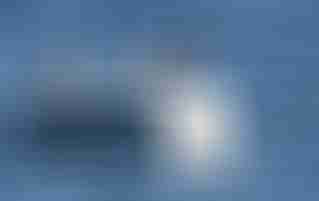 Surfing terns – a new use for floating debris

Which is only marred by the state of the water, no longer ocean blue but the colour (and texture?) of Brown Windsor Soup, scattered with croutons of rubbish, necessitating a ‘plastic watch’ all the way in to Marina Gloria in the heart of the city.

As we struggled to get someone, anyone, please, to answer our VHF requests for a berth, and fended off landing jets with the boathook, tempers were fraying, to say the least, especially after two action packed nights with virtually no sleep. Just as we were on the point of giving up, a voice broke through in perfect English, and a kind voice from the illustrious Iate Clube de Rio de Janeiro translated our request to the marina, fixed us up with a berth, and wished us “the warmest of welcomes to Rio de Janeiro”.

It’s an often overlooked (or underreported) fact of life in the world of long distance cruising that one of the toughest challenges we face is that of constantly coping with a different, difficult language and the massive cultural difference that exists from the world we know. At first it all seems wonderful and exotic, but after months out of your comfort zone, natural resilience can become overstretched and at times it can all seem just too much. But in a moment that can change, and whilst the lows can be lower, so the highs can be higher.

Thanks to that one simple, generous, intervention by a complete stranger as we sought rest and peace after a wearying journey, we suddenly became aware that the sun was out and that life was good. Sometimes it doesn’t take much to make your day.

Subscribe
Join Us To Comment ("About" on menu)
14 Comments
Oldest
Newest
Inline Feedbacks
View all comments
≡ Menu
This is a guest wpDiscuz
This site uses cookies: Find out more.