Nigel Calder’s Integrel, Part 1—What You Need To Know

Nigel Calder's newest machine, that claims to revolutionize electrical systems on boats, has generated (ouch) a huge amount of excitement. For those of you who have not heard about it, a quick view of the above video will bring you up to speed.

So is this thing a good product that we should buy? Let's dig in and find out.

To do that, we need to understand two things that are fundamentally wrong with cruising boat systems, which Nigel is trying to fix:

I'm guessing that we ended up with 12 volts on boats because that's what was used on cars. And that was fine back in the day before we put a bunch of stuff on our cruising boats that requires a bunch of power (measured in watts) to run.

We have two chapters (see Further Reading) that explain the relationship between watts, volts and amps, so I'm not going to do that all again here, but the key issue is that as volts get lower we must increase amps in order to deliver the same number of watts (power) to run a machine.

And as we increase amps the wires that carry them must get bigger. This is why we all have these huge expensive battery cables in our boats. And if that wasn't bad enough, another problem with moving a bunch of amps around is that if there is even the slightest resistance in the circuit—a small wire, a slightly dirty contact, or the connections and relatively small wires inside an alternator—stuff gets hot.

And not only will that heat reduce the life of machines like alternators or, in extreme cases, even cause a fire, producing heat wastes energy that could otherwise be used to power our stuff. 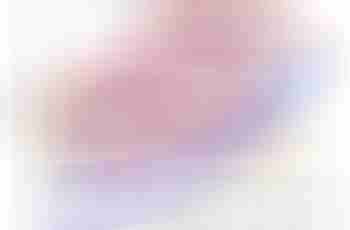 This graphic is oversimplified, but it will do for our purposes. See Further Reading for an in-depth explanation as well as other ways to harvest this "wasted power".

Again, we have in-depth chapters that explain this, but the quick overview is that the available power of a marine diesel engine is only fully used by a propeller at wide-open throttle. So at the typical speed that most of us cruise at, there is wasted power that Nigel is looking to harvest.

And, in addition, when we run in neutral to charge, most engines are producing far more power, even at low RPM, than the typical cruising boat alternator can turn into electricity. So once again, Nigel's goal is to grab more, or even all, of that wasted power.

OK, now that we understand the problems with present systems, let's look at what Nigel and team have cooked up to fix them.

Nigel's machine uses software in a black box to vary the output of his alternator replacement depending on the RPM of the engine and whether or not it's in gear. This is how he harvests that wasted power.

This is also great because Nigel's machine will automatically back off its demands on the engine at times when we need all the power for propulsion, or the Integrel generator itself is getting too hot.

And there's one more benefit being claimed for this machine: No need for a separate generator. By making their alternator replacement 48 volt and more efficient, Nigel can produce a heck of a lot more power (5-9 kW) than most any generally available DC alternator can (1-3 kW), and therefore pretty much any reasonable AC load can be run off this thing. (We will have a deeper look at the generator replacement claim later, after we understand the basic system.)

Well, that's all pretty exciting. Let's all buy one, shall we?

Wait...AAC is the home of rational thinking voyagers who dig deep into reality before we spend our hard-earned cruising money, not newest-thing-motivated-fan-boys.

So what are the drawbacks with this machine? Three things worry me:

Subscribe
Join Us To Comment ("About" on menu)
65 Comments
Oldest
Newest
Inline Feedbacks
View all comments
≡ Menu
This is a guest wpDiscuz
This site uses cookies: Find out more.