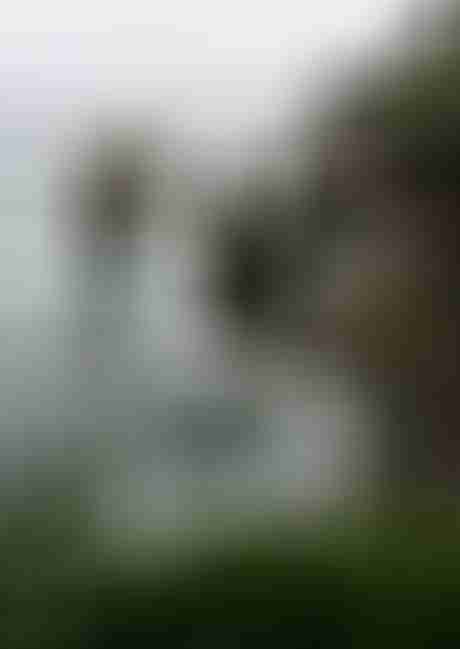 Sea stacks on the Skerwink Trail, taken a short while before the accident.

Like most voyaging couples, I suspect, Phyllis and I have long feared one of us getting seriously injured as the ultimate risk, short of death, facing us. This fear has always been especially prevalent during our Arctic voyages; who knew that it would be realized so close to home.

As many of you know, I fell and broke my leg while hiking in Newfoundland. And while we were traveling by car at the time, most of what happened in the next few hours would have been the same if the accident had occurred while we were cruising Newfoundland on Morgan’s Cloud. We did some things right, some wrong, and learned a huge amount. I will try and share some of these lessons over a series of posts though it may take me awhile since this short post took four days to write, typing with one finger on an iPad in short bursts through a fog of pain killers.

Phyllis and I were hiking a short, but spectacularly beautiful, trail around a headland in Newfoundland. The weather was relatively warm and settled though the trail was very wet in shaded areas. We would classify the trail as easy on our scale, which admittedly has been calibrated by many years of hiking and near-climbing in the North.

While descending a short flight of “wilderness stairs” constructed from on-site sourced tree trunks and branches, my feet slipped out from under me and I fell several feet landing with my full weight on an about four-inch diameter trunk set vertically into the ground to anchor one end of the stair-tread, thereby crushing and breaking my femur just below my hip joint.

Phyllis called for help on our cell phone and within 30 minutes two young men, both wilderness first aid trained, had arrived, quickly followed by members of the local volunteer fire department, an EMT, and a member of the local RCMP detachment. After assessing my condition, the EMT and RCMP member called for a helicopter evacuation. This was rejected higher up the chain of command, a decision that is currently under review.

The rescue team then finished the excellent stabilizing job that Phyllis had done and strapped me on to a back board before carrying me over two kilometers of rough terrain to a beach where I was loaded onto a fishing speedboat for a short trip across the bay to a waiting ambulance.

This whole process took about four and a half hours. It took a further hour in the ambulance to reach the regional hospital and the warm embrace of my first dose of analgesics. So, while this was may not have been a wilderness accident in the strict sense of that term, the time to hospital was well into the duration that could be expected in a real wilderness emergency.

It will be hard for anyone not on-scene to imagine what an incredible feat evacuating me through the tangled mess of scrub spruce and slippery uncertain footing was. One mistake or moment’s inattention could have had fatal consequences for me. I owe those men and one woman a huge amount and quite possibly everything I will ever have: In the bush a femur break is one of three frequent killers (the other two are head injury and heart attack).

In the next chapter, we will look at some things we did right.

Subscribe
Join Us To Comment ("About" on menu)
19 Comments
Oldest
Newest
Inline Feedbacks
View all comments
≡ Menu
This is a guest wpDiscuz
This site uses cookies: Find out more.