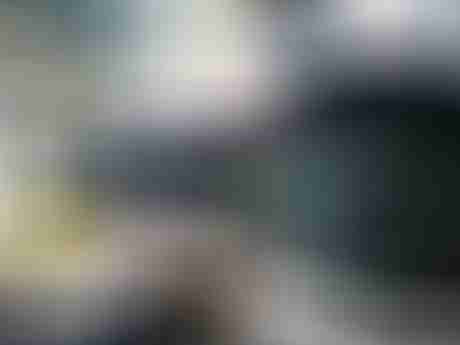 For some, when the wind gets up it’s not good news!

We’ve discussed the thorny question of seasickness before here at Attainable Adventure Cruising, and all correspondents agreed that it is one of the most debilitating things that can happen to anyone at sea. As they say of seasickness sufferers, ‘first you don’t want to die, then you think you might die, then finally you want to die’. And having once had to tie a puking, weeping crew member to a cleat for fear that they would actively pursue the third option, I can see where they’re coming from.

Numerous cures have been put forward, and some work for some people some of the time. You need to find out what works for you, and most people find some respite through medication. But for the hard core of really badly afflicted people, up until now there has seemed to be no cure.

But help may be at hand, through two developments in France. The first, Boarding Ring, consists of a pair of glasses with tubes of coloured liquid instead of frames, which are thought to send messages to the inner ear, balancing the information passed via the eye and the ear. These are available either as glasses, or as clip on units that can be attached to your own glasses, and to me at least they look pretty strange, although if you are amongst the 95% of sufferers who’ve tried them who claim benefits from wearing them, I don’t suppose you’d care.

The second is termed opto-kinetic re-education, and stems from work carried out during astronaut training and in the treatment of people with balance problems. Developed over 15 years by Dr Lois Bonne at the Clermont-Tonnerre Military Hospital in Brest, the treatment consists of 10 sessions of 20 minutes apiece over a period of 3 months. During treatment the patient undergoes a range of presentations involving vision and motion that mimic being at sea to the point of being seasick, with the aim of enabling the brain to cope better with that same mental information when aboard a boat. The aim is not an instant cure, but to enable the individual to resist and cope with seasickness, which in turn should allow them to remain involved and active, in itself a good way to keep mal de mer at bay. The centre claims that around 75% of patients benefit from the treatment with an improved resistance to seasickness.

Does It Actually Work?

Dr Bonne has treated many sufferers from all over Europe, and a couple of years ago a professional skipper friend of mine traveled with his partner and a couple of her friends for treatment at the Hospital. Due to the cost and time involved (they are all based in the Mediterranean) they couldn’t stay for the normal three months, and so opted for a dramatically shortened course of treatment. One of them who has suffered from chronic seasickness for years saw no benefit, but some of the others felt that it had made a significant difference to their ability to resist seasickness and keep going. So, a partial success, at least, and if the treatment had been carried out over its normal 3 months, perhaps even the chronic sufferer might have benefited too?

My friend, like most pro skippers has a cast-iron stomach (if you haven’t, why on earth would you take on such a job?) and had no need of a cure. But when he entered the treatment room even he felt decidedly poorly, so clearly something powerful is at work here. And if the brain can be trained to cope, then what a relief that would bring to the many poor souls who love going to sea, but know that it might well end in tears. Having watched so many such poor souls suffering over the years, I know that if it were me, I’d be willing to try anything…or just take up golf, or billiards, or anything but go to sea!

Subscribe
Join Us To Comment ("About" on menu)
42 Comments
Oldest
Newest
Inline Feedbacks
View all comments
≡ Menu
This is a guest wpDiscuz
This site uses cookies: Find out more.