In our informal survey our readers overwhelmingly voted for Stugeron as their remedy of choice for seasickness. The following comment from Attainable Adventure Cruising correspondent, Colin Speedie, is representative and especially useful in that he has had a lot of victims…err crew, to experiment on:

I’ve been very lucky so far and never once felt ill, but it’ll get me one day. However, I do have the distinction of having made many, many people seasick, and have been thrown up on at least three times for my pains, so I can claim a little experience. On all of my research cruises (over 1000 participants) we sent all volunteers a fact sheet on what to bring, etc. For seasickness we recommended Stugeron, BUT, 2 to be taken the day before joining us, then 1 from then on. Stugeron is systemic, and of all the treatments has fewest side effects, and seems to work for most people. The only side effect is drowsiness at first, so by taking them the day before, you get that over before boarding. I’ve had people who have (in the past) been chronically seasick and this worked for them wonderfully well.

I have a criticism of Stugeron, that probably also applies to other drugs too, and that is that it delays, or perhaps even completely obstructs, the onset of the immunity to seasickness that comes to many of us after 24 to 48 hours at sea.

The one time I tried Stugeron, although I did not vomit, I felt slightly unwell for the first three days of the voyage. I then discontinued it and was seasick within a few hours on day four—the first and last time that I have ever been sick after day two of a passage.

In contrast to that experience, on our recent fairly rough five day crossing from Bermuda to Maine, where all I used was my trusty wrist bands, I was mildly sick on day one, but by day two and for the rest of the trip I felt fine and alert despite the rough motion caused by pounding to windward into 15 to 25 knots of wind and a confused cold eddy-induced sea. 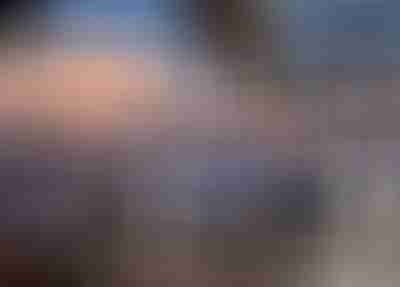 It is hard to appreciate an evening like this, our third night out from Bermuda, when dull and drowsy from drugs. Of course I might not notice the subtle shades of colour in the sky when puking my guts out either.

For me at least, taking drugs to prevent the first day’s misery is just not worth the sacrifice of the vitality and alertness I feel for the rest of the trip by being completely free of pharmaceuticals.

Having said that, I’m most definitely not advocating going to sea with no anti-seasickness drugs in the medical kit. Such a course would be seriously negligent given that there are people that simply don’t get better and can even progress to dangerous dehydration if not treated effectively.

One further note: it has been reported that Stugeron can, in rare cases, cause serious and irreversible side effects, particularly in older people. We understand that this is why it is not available without prescription in the USA.

In all respect I think you reaction to Stugeron is very unique. I always take it only in first 24 or 48 hours and recommend it for the crew maximum for first 3 days. I don’t remember anyone becoming seasick because they stop using it after few days.
However they may become seasick because the motion of the boat change significantly.

The drowsiness is the problem for some people, but fortunately not for me.

There is possibility no remedy for everyone but Stugeron do work for many people, and I think it is worth a try.

I agree completely, and, as I say in the post, Stugeron was the favourite of many of our readers. Having said that, I do think that many people would find a benefit from going to see drug free, although many do, like me, have to pay a price for that—being sick for a day or so.

In the end, it is up to each of us, but I don’t like the idea often stated these days that the only way to go to sea is with the use of pharmaceuticals.

True that Stugeron is quite effective when taken soon enough as you stated. In Europe, at least in Austria an Germany there is also a combination of Stugeron an Dimenhydrinat which seems even more effective.
A different approach, which saved my “sailing-career” is avoiding food containing large amounts of histamine. I tried this in the Mediterranean, which you may not classify as “offshore”, but crossing the Adriatic or sail the Aegean in permanent 25-35 kn of “Meltemi” can bring you to major depression if you are prone to seasickness. Unfortunately avoiding histamine includes some of the very basic supply, esp. In Europe: Prosciutto, Salami, real Italian Parmesan, as most other matured cheese, nuts, canned food, virtually anything that needs maturing and so- saddest of all: red wine! But it’s worth a try nevertheless. Because as they say: When seasick, first you’re afraid to die, then you’re afraid not to die.
Sincerely
Peter

Re
at least in Austria an Germany there is also a combination of Stugeron an Dimenhydrinat which seems even more effective.

Hi Peter,
what is the brand name of that?

Would note some people are more likely troubled by irregular high frequency motion (think fast multi) and some by low frequency ( ship or heavy displacement full keeled vessel). The Navy and NASA have done interesting work on this. It’s worth knowing what’s your poison and that of passage crew even if you and they are not much prone to seasickness. That knowledge may effect your choice of vessel and choice of point of sail. As an example for the low frequency crowd just going to a beat for awhile with it’s slamming may be curative when they leave the corkscrewing of a far reach if sailing a moderate to heavy boat.
Try to take the lowest dose of stugeron possible for the shortest time. The risk of drug induced Parkinsonism is real. Its unfortunate it remains unattainable in the US probably for that reason.

So true. For example, rolling, while running off, does not bother me at all, but pitching while going to windward and it’s puke time. And I agree about limiting the drugs. A lot of this stuff is way more dangerous than the companies that sell it admit. The patches being another case in point.

Sadly, Stugeron MAKES me feel sick. Took a while to work that out! Especially since it works so well for most people. It takes rough stuff to make me sick, but sadly, that never changes. My dad was the same, despite being a ship’s engineer for years! I personally think in my / our case it could be to do with the stiff joints in our neck/spine (mild ankylosing spondyilitis) and therefore being unable to level the head smoothly or successfully. I would LOVE a real cure.

Wow, that’s a drag. I have known several people over the years who just don’t get better, no matter how long they are at sea, and it’s a truly horrible thing.

Have you tried the pressure bands? They certainly are not a cure, but they do take the edge off for me, which is nice since, like you, I really don’t feel well at all on any of the drugs.

One other thought, I have had some luck with taking Gravol just before I go off watch. For me it’s a pretty strong sleeping pill as well as anti-nausea, and I will usually wake up at the end of my off watch feeling better. Of course I only do this if I’m pretty sure I won’t be needed for 3-4 hours.