Despite the solid win for Stugeron in our informal survey, I have had better luck with Gravol, which is available over the counter in most countries including Bermuda, Canada and the UK, but not the USA. I suspect that this exception is more to do with drug company marketing issues rather than regulatory ones since the active ingredient in Gravol is Dimenhydrinate, the same as that in Dramamine, which is available in the USA without prescription. 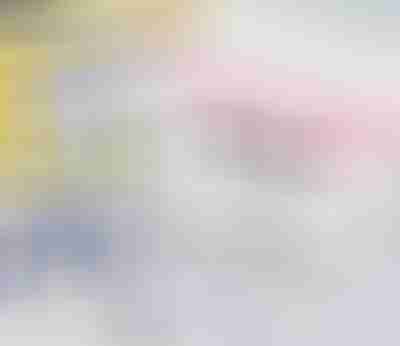 Our reasons for preferring Gravol are as follows:

Of course Gravol is, like all drugs, not without side effects, the most common being extreme drowsiness and dry mouth. The former can be bad enough, particularly with suppository use, to render a crew member non-functional. The good news is that, as we understand it, Dimenhydrinate is one of the safest of all the drugs for seasickness available.

Next: Don’t Pass The Bucket, Please!

I would not sail without Promethazine [i.m injection] ampoules.
They are very useful when someone feels sick /vomiting, as tablets will not be absorbed by the stomach then. 12.5mg works for me, drowsiness is manageable but is usually significant at bigger doses. [Probably good for the severely affected.]
Clearly one needs to be able to give an injection to use this.
This has been the preferred drug for astronauts, an activity which apparently makes almost everyone sick.
That said ,there is no perfect drug – Stugeron makes me nauseated on land.

That makes sense. I used to sail with an orthopaedic surgeon and Promethazine was his preferred drug to treat anyone who was dangerously seasick. I also agree that there is no one solution and that each of us needs to find the drug that works best for us.

My wife and I always pack Zofran oral dissolving tablets, also sold as Ondansetron. We are both ER physicians so it makes it easier. It is a very mild medication, no drowsiness side effects like antihistamines cause ie Dramamine. You can pretty much clear up nausea in anyone child or adult safely with one or two doses. In additions, Promethazine aka Phenergan is a drug we almost never use anymore because of the side effects, drowsiness, dystonia, and even seizures. If possible I would suggest you giving Zofran (Ondansetron) a try after a discussion with your physician.

That sounds good. And thanks for the warning on Promethazine. I’m assuming that Zofran is prescription only?

John in the USA its RX only. Coen, below, makes some very salient points, there is no good data on motion-induced nausea and vomiting and Zofran. It was developed to treat toxin-induced (stomach bug or chemotherapy caused) nausea and vomiting. I, my wife and daughters have used it exclusively and successfully for motion sickness but that should not be interpreted as a panacea for all. My only hesitance with Phenergan (which I sure have used a ton of in the past) are the side effects.

I used to be an ER physician myself and tried ondansetron on a number of occasions. Used to do a lot of kayak fishing of the Western Australian coast. My experience with this was dismal, I suspected that my seasickness may have been worse. What literature I could find at the time seemed to indicate that it wasn’t effective for motion sickness. I haven’t looked into this recently, though. It is such an individual thing that it may very well be helpful for some

There is no ” I used to be” for ER Docs you’re one forever!
I do not like Phenergan as it has too many bad side effects. I am sure you have had patients just like I have had, who got it IM and went bonkers with dystonia, akathisia and worse. Recently we were in a moderate swell off the east of the Bahamas on a Morgan 41 classic. It was increasingly swelly and pretty soon all of us were feeling green. 4 out of 5 of us took Ondansetron, the 5th person puked for a few hours and got better. I agree Phenergan aka Promethazine is a much better anti-emetic, I just am hesitant to use it on a boat at sea. We had good results with Zofran but there are limited studies on it, and so far those limited studies do not show benefit. It could have just been a placebo effect for us, but it worked. I only recommend it as something to try prior to the IM Phenergan.

I agree on the phenergan and used that once many years ago. It took me 2 days to get over the drowsiness. So far I have not found anything that really helps me, except being on deck at the wheel, so if ondansetron works for you thank your lucky stars and keep using it. So far at least it appears to be very safe with few significant side effects. I don’t think we will find a single solution that works for everyone

Bonine (meclizine) works very well for me with no side effects! Sold over the counter in the US for motion sickness.When things get really rolly I will get sick and stay sick as long as things stay rolly if I don’t take it.Dramamine does not work for me and just puts me to sleep.

Thanks for the report. Bonine does not work at all for me at all. I guess that’s the key point in all of this: each of us needs to find out what works for us, there is no universal cure.