Despite my somewhat opinionated tone in many of the articles on this site, there are very few things I feel that I’m really the absolute ultimate authority on. The exception is seasickness. Thirty-five years of blowing my dinner during the first 24 hours of almost every offshore passage gives me the right, I feel, to set up as an authority—sort of the king of puke, if you like. 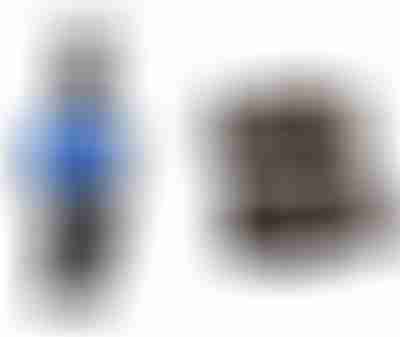 Over the years I have tried just about every remedy for mal de mer from ginger to scopolamine. As far as the drugs are concerned, I have come to the conclusion that, at least for me, the remedy is worse than the illness due to the side effects. In fact, after a recent experience where I watched a normally competent crew member turn into a non-responsive and potentially dangerous zombie, we have banned the scopolamine (Transderm) patch from Morgan’s Cloud. (We do still carry Gravol in both pill and suppository form.)

I have had some success with wrist pressure point bands. They certainly don’t stop the problem completely, but they do take the edge off my nausea, hasten my recovery, and all without side effects. So, when I heard about the ReliefBand I reasoned that something that zapped the same point as the bands might work even better.

My real-world testing took place our first night out on a recent passage from Beaufort, North Carolina, to Bermuda, as Morgan’s Cloud gleefully close reached at over eight knots in 18 to 22 knots of true wind and a short, confused Gulfstream sea—perfect conditions for scientific study.

I donned the ReliefBand well before I felt sick, following the instructions carefully, which state that you must keep the band in contact with your wrist in such a way that you constantly feel the tingle of the shocks.

First off, I found that it was extremely difficult to keep the electrodes in the proscribed position on my wrist when active. Worse still, even when I was not active and had full contact all the time, I found that the ReliefBand had no effect, even though I could feel it merrily zapping me as I hung over the rail calling for my old buddy Ralf a record three times in an hour. Not only did the ReliefBand not help, I think, based on years of experience monitoring myself in these circumstances, that I was sicker than without it.

After three hours—never let it be said that we at Attainable Adventure Cruising don’t go the extra mile (or hurl) for you, our readers—I removed the ReliefBand, donned my trusty wrist bands and immediately felt better.