I’ve only ever seen one sailing magazine article by the great writer and sailor Jonathan Raban, but the first sentence of that article may explain why: “Marina is a word like rubella—it sounds far nicer than the thing it describes.” And for many marinas, maybe that’s the truth. Practical, convenient, yes, but it would be hard to describe what in many cases is just a boat park, in other than utilitarian terms.

But there are good ones springing up in out of the way places, and many of them perform a valuable function, offering secure berthing and providing access to facilities such as fuel and shops. In many cases, too, they can provide an economic lifeline to isolated communities, especially where traditional sources of income such as fishing or forestry are in decline. And they do offer a chance to draw breath after long spells sailing independently. 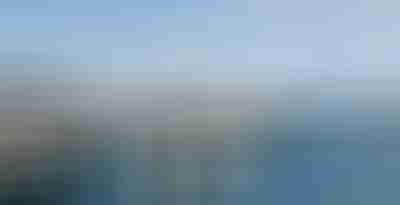 The marina at Glenarm, Ireland

A good case in point can be found at Glenarm in the lovely Glens of Antrim in Northern Ireland. Faced with an almost disused harbour after the local limestone quarrying works closed, Larne Borough Council decided to develop a small marina with simple facilities largely for the benefit of local boat owners, but also to encourage yachts to stop over in a beautiful but little visited part of the world. It’s a basic, practical set-up, a million miles from the kind of corporate “lifestyle” places to be found nearer centres of population, and in my view is all the better for it.

Glenarm is situated roughly half way between the (relatively) major yachting facilities in Belfast Lough to the South and the gateway to the West coast of Scotland via the North Channel. Due to the distances involved it isn’t easy to make the jump from, say, Bangor, up through the North Channel between Fair Head and the Mull of Kintyre in one hop. The tides in the area can run at up to five knots in places, so shortening the hop by stopping off at Glenarm, makes it far easier to be off Kintyre at the right time, and carry the fair tide North to Gigha or Jura. And the same is true heading South, an option we took in 2009.

Leaving Jura at first light in a light southwesterly, we faced several hours of foul tide before reaching the tidal gate at Kintyre. Our aim was to be off the headland at around slack water when it should be quiet, then pick up the new flood down into the Irish Sea and Belfast Lough. All went well, and by late morning Kintyre was well behind us, but in the light conditions progress was slow, and it soon became clear that if we wanted to make Bangor before the tide was against us we’d have to make use of the motor. Both of us were tired, so rushing on didn’t appeal, and we knew Glenarm was not too far away, so we decided to head there instead.

A quick VHF call on our approach confirmed that there was space for us, accompanied by the unusual offer to come down and take our lines on arrival. And so it proved, when the Marina master was there to point us to our berth, take our lines and help us alongside. After nearly 50 nights living completely independently it felt quite good to be tied up for once, and the warmth of the welcome made it even better. The forecast for the next couple of days was not the best, with strong southerly winds, so we settled down to catch up with some rest before bashing on South.

Although the facilities were simple, all were there, and Keith the Harbour Master turned out to be a really friendly and helpful guy, as I (and others making the same journey) were to find over the next few days. Trips up to his little office to check the weather updates online were always informative, too, as you might expect from someone whose other job is as a relief coxswain of all-weather lifeboats. And the cost didn’t break the bank, either, unlike some of the big marinas. All in all, if you have to stop over in a marina, I have been in far worse than Glenarm.

Contrast this with our experience a week or so later in a huge mega-marina further South. Calling ahead before entry we were told that if we didn’t get in before 2100 the there would be no-one there to sign us in, and we’d be unable to use the facilities as a result. Why, we asked? It’s September, was the reply. Out of season, and there are no staff on duty overnight. And the cost? Nearly the same as three nights in Glenarm. It wasn’t hard to leave the next day.

Marinas might not all be as attractive as Glenarm, but if they can offer the same level of service and welcome, then they deserve to succeed. And communities as far flung as Shetland and Orkney have followed this development route and in doing so encouraged more yachts to visit, bringing much needed income with them. And if they encourage more sailors to test the waters off the beaten track, then they may well prove to be a very good thing.