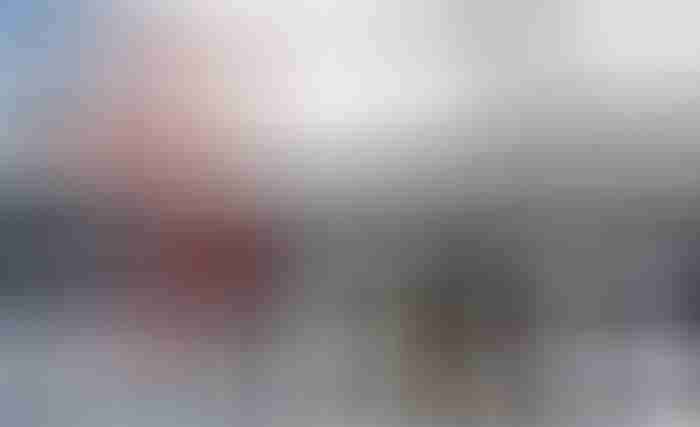 Some years ago, while preparing for one of our high latitude voyages, Phyllis and I were feeling completely and utterly overwhelmed by our task list, to the point we were starting to wonder if it was all worth it.

But rather than postponing the voyage, or changing to easier goals, we came up with a list of what really matters in offshore sailing. And using that list we got better at prioritizing, and that in turn led to many more successful voyages over the years with less stress.

In fact, the list worked so well that it became the core of our voyaging philosophy.

And other voyaging writers quoted the list, which was cool.

For many years we displayed The Big Five, as we call it, in the sidebar of this site. But last winter it went missing in our site redesign and simplification.

And then this week, a writer new to Attainable Adventure Cruising referred to The Big Five in an article that Phyllis is editing and we were reminded of one of the most useful things we have come up with in 20 years of writing about offshore voyaging.

So we thought we’d share, for those of you who may have missed The Big Five.

Everything else is small stuff.

Next: Going Cruising—Being Realistic About You, 4 Tips

Previous: 10 Tips to Help You Get Out There Cruising

Hi John,
This was the first thing that struck me when we joined up – as good now as ever. I am reminded of some research by the USAF on best practice briefing for their flight crews. They surveyed all crews and discovered some surprising things about recall. The top guns could remember 7 things accurately, every time. The average was about 5 ( these were fit young men at their mental and physical peak but under stress of flight conditions), and everyone could remember three things every time. So they limited their briefing summary to just three (it is coincidentally the same number summarised in the news of nearly every news bulletin worldwide).
With this in mind, and accepting many of us may perform only averagely when under stress at sea, if we limited you to summary of just 3 things that really matter, what would they be?
Rob

IMHO these would be the top 3 (water out, crew on boat, keel side down). If you manage these three you could handle a lost mast or rudder. No fun, but manageable.

I guess if I were forced to shorten the list to three I would go with Ernest’s list above. That said, since the big five is, I think, at it’s most useful during the preparation phase before a voyage, I prefer to keep all five. That brings me to another favourite of mine: “Adventure is the result of poor preparation”, Roald Amundsen

I think you have misspelled a name. Roald Amundsen, not Raoul. A fellow Norwegian, which is why I noticed. 🙂

He was the first man through the North West Passage, the first on the South Pole, and even if he didn’t know it, also the first man on the North Pole, since Robert Peary deliberately faked his positions and was never even close to the Pole. This was finally decided not too long ago.

Roald Amundsen was famous for his extreme methods aiming to achieve the absolutely maximum possible level of preparedness. This made him sometimes act quite ruthlessly, or even be just an asshole… but he also succeded in missions that probably nobody else at the time were able to. He was also willing to take heavy risk, but always calculated.

Hi John, Ernest,
Agreed. The list is highly useful in preparation mode and needs no shortening John, but it always seemed to be written so it could also double as a contingency plan in priority order – but I wondered if this was meant so – hence my question.
Rob

I guess I have always thought of the Big Five primarily as an aid to prioritization during preparation. Having said that, I think it might be useful to run though it in ones mind when something goes wrong at sea.

Love it to death and I constantly quote you. Like you, we’ve been doing this seriously at times since the 80’s, I would add a P.S.
“Keep the wife happy!”

this ‘sixth’ item makes me humorously realize that subconsciously, instinctivley, and constantly i make this numero uno, and i see now that my own happiness depends on how successful i am with accomplishing these six items so they always have the priority…to facilitate tracking my progress i shorten them to: wife happy, water out, crew stays, keel down, mast up, rudder on…cheers, richard in tampa bay (in late oct bound for the antilles)

Hi John,
Your line:
“Phyllis and I were feeling completely and utterly overwhelmed by our task list, to the point we were starting to wonder if it was all worth it”, certainly struck a chord with me. We do it to ourselves, and at times, don’t seem to learn that much from it. Karen and I had rushed this season, to get Te Anau back in the water (Sicily this year – from yard to water to rigged, provisioned and off in five days – we normally take a leisurely 2-3 weeks). We had a very tight schedule this season, which involved sailing to Malta for some work to be done (one week), then back up to the east coast of Sicily to collect family guests for the next three weeks of cruising, and all this intermingled with our regular ‘office work’ via internet back to Australia, which involved a number of evenings extending into the wee hours.

Come departure evening after a frantic week in Malta and with our guests arriving in Sicily in under 36 hours, Karen and I were looking for any reason not to depart just yet – we were also feeling ‘completely and utterly overwhelmed’, and we were just not ready for the passage we had ahead of us.

It did turn out well in the end – after a conference call where we started to suggest our guests find a hotel to wind down from their trip while we wind up for ours, the First Mate suddenly decided this was no good at all, and we were just going and that was that.
Funny thing – once that decision had actually been made between us, and the Skipper knew what was happening, a new energy was found, and within the next eight hours we had returned to Te Anau, dinner had been prepared and eaten, the half-finished jobs put away, the ship readied for sea, a couple of hours sleep achieved and by 03:00 we were casting off lines and departing our berth in Malta.
I was impressed by the efficiency, enthralled by our last view of Valetta as we glided out past the floodlit fortress of the Knights St John, and – later, enchanted by the perfect dawn that encouraged us on our way to Sicily.

Sailing is a funny thing, and for many like us – due to it’s very seasonal and spasmodic nature, is a time of challenge – at least for the first few days. Leaving port – especially for the first time in the season, is often an occasion of mixed emotions. Emotions are part of a great life – as are relationships. It is often a significant degree of sadness, that departing a port brings to the mix, but then – when the goodbyes are said and one’s gaze turns from shore to sea, there is the feeling of being behind the wheel again, the quiet glide out of the port or marina into the open sea, and the first lift of the keel on a gentle morning’s swell.

These are feelings of exhilaration, anticipation, and – frankly, often a little apprehension. For ones relationship with the sea must be renewed, and like all relationships, absence for any significant period does bring with the re-acquaintance, some discomfort, and a ‘we need time to get to know each other again’ feeling. But – like all solid, deep and meaningful relationships, investment of time brings rewards well beyond the expenditure, and so it is hoped with the sea each year.

The first voyage out is always for me like this, and I always hope that by the end of the day, these two old friends are once again comfortable in each other’s presence, can roll with each other’s punches, and laugh at each other’s little jokes.

Thank you John for bringing your perspective to us – I hope in turn, that mine also brings interest.

Thanks for a great story that brilliantly illustrates an important point: sometimes it is better to just go. And we too find that it takes time to get comfortable at sea again after a shore period. It’s just part of the process.

Eloquently written and actually touching the very essence of why we sail. The feeling of being overwhelmed is a real psychological phenomenon but more psychological than real. At the moment I am feeling somewhat overwhelmed with the potential construction of a boat. So I hired a professional consultant who is intimately knowledgable with the vessel in question but at arms reach and not financially tied to the manufacturer. That takes some of the stress off… like wise planning to sail off-shore… I’ve never done it but I wholly plan on hiring a professional to be the “skipper/instructor” for the first real off-shore adventure. (Probably the same fellow)… and as for getting out there before we can’t… that really takes a realistic look at our mortality. Every day each one of us is getting older. I just retired at age 60… if I don’t go soon I never will… (please don’t respond with outliers) I figure, Lord willing, I’ll have a good 15 years left and then I am pretty sure it will start to get tougher… by then though, I’ll be coastal cruising here in beautiful British Columbia!

Indeed John. We will try to remind ourselves of that again next year. One of the things I like about sailing is that it continues to stretch one. Age, can get too cosy, and while there are hopefully, always idyllic harbours to find, the challenges to get to them, keeps the brain on the right side of ‘age’. That’s my theory anyway.

Another really good point. We are back on our boat after a long break due to a health problem and sailing is pushing me to get fit again…so I can sail.

Just checking in John, that all is well with you two now (following up from the long break due to health).
I sure hope so – we are reminded more and more regularly as we age that time is so precious, and ‘doing it now’ becomes more and more important.
Hope you two are back to ‘doing it’ as you are used to.
David

How very kind of you to think of us in that way. Yes, all is much better thank you. All going well we will be out cruising again next summer and this winter is pretty active too, between AAC projects.