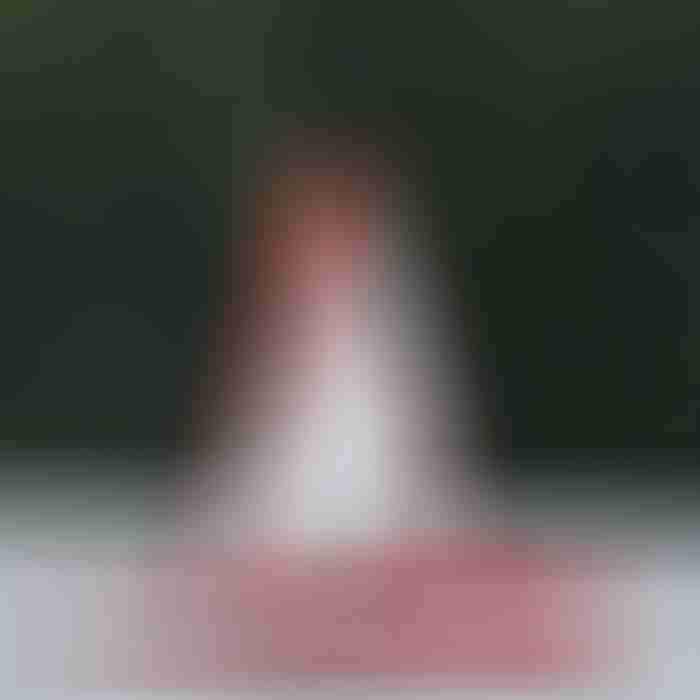 The name “Hobie” is a well-known, even revered, one in sailing circles. It’s rare to see it mentioned here at AAC, though. What place could a little plastic toy possibly have among this community’s globe-trotting yachts and their six-figure price tags?

I’ve spent time aboard a lot of boats in the last few years, but I probably have more seat time in this little thing than in any other sailboat. More than just a fun little toy, it’s changed the way I and my family live and work on the water.

A Model for Everyone

The above photo shows the Hobie Mirage Tandem Island, capable of the wind-driven performance that has traditionally been the hallmark of the Hobie brand, is the largest boat in a lineup that now includes numerous sizes and variants. A number of those boats are single-hulled plastic kayaks. Others, designed with cruising sailors in mind, have inflatable hulls that fold down to duffel-bag size.

What they share in common is the MirageDrive, a piece of engineering so clever in its sheer simplicity that one could be forgiven for laughing it off as a gimmick. The MirageDrive is, in fact, among the most efficient ways ever invented of converting muscle power to thrust in the water.

Pump the pedals back and forth, a comfortable stroke reminiscent of a gym machine, and two penguin-flipper-like fins sweep out a large arc under the hull. After three strokes, you’re doing a smooth and silent five knots, a pace that this rather out-of-shape engineer can sustain for hours.

Double the cadence to a moderate road bike pace, and the boat breaks six knots with just the slightest hint of a bow wake. If you can walk a couple of kilometres without too much trouble, you’ll be able to hold this pace for at least an hour, even in a head sea.

Crank it hard, and the MirageDrive builds both thrust and resistance in proportion to your pedalling cadence; if a brutal gym-style workout is your thing, you can come close to planing the flat-bottomed kayak hull, spray flying everywhere. 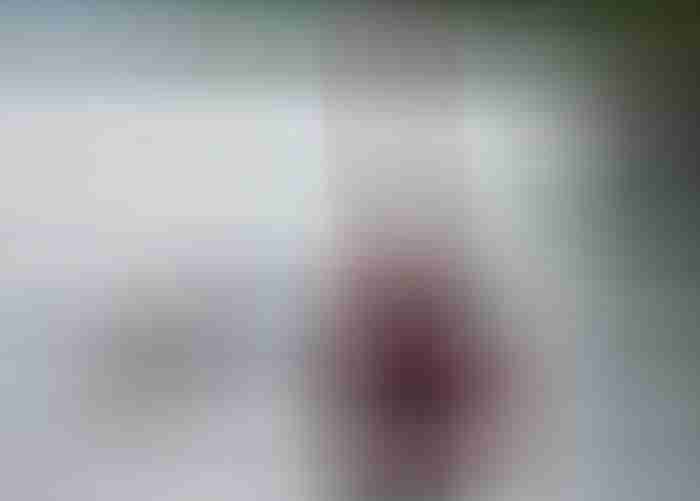 On the “Island” models, like this one, a trimaran setup, folding aluminum akas and rotomoulded amas, are standard. While they aren’t needed if you’re using the boat as a kayak, they open up a new kind of sailing you might not have experienced before. 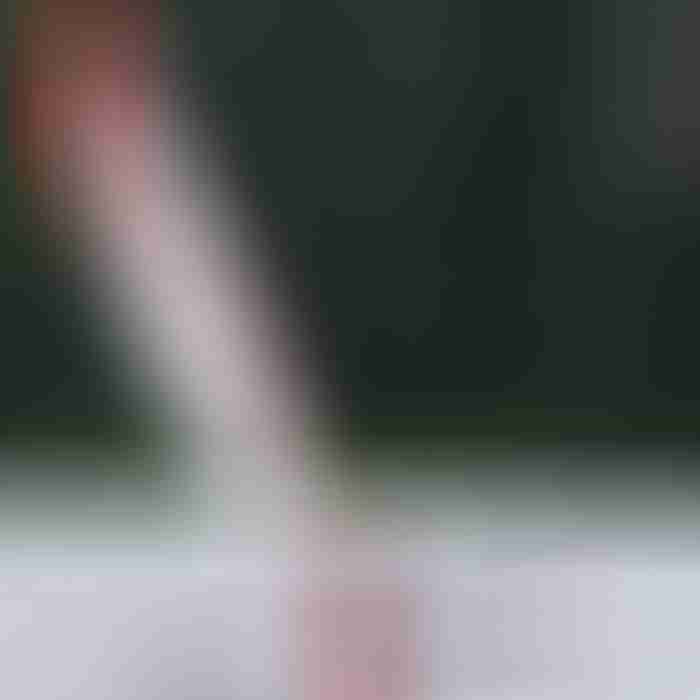 That’s an unstayed, rotating carbon spar, with a loose-footed, vertically-battened laminate sail. Release the furler and haul on the sheet (there’s only the one control line) and, if there’s any breeze at all, she takes off like a greyhound.

It’s the strangest looking sail. Low aspect ratio, no boom, no vang, ridiculous twist. If you’re used to more conventional rigs, it probably looks inefficient and sloppy. And yet it works remarkably well.

Sure, she won’t point as well as a high-aspect sloop—I’ve tacked her through as little as 100 degrees, although 110 to 120 is more typical—but who cares? If you want to go dead to windward, just give the furling line a yank to get rid of the sail and put some leg power into the MirageDrive. 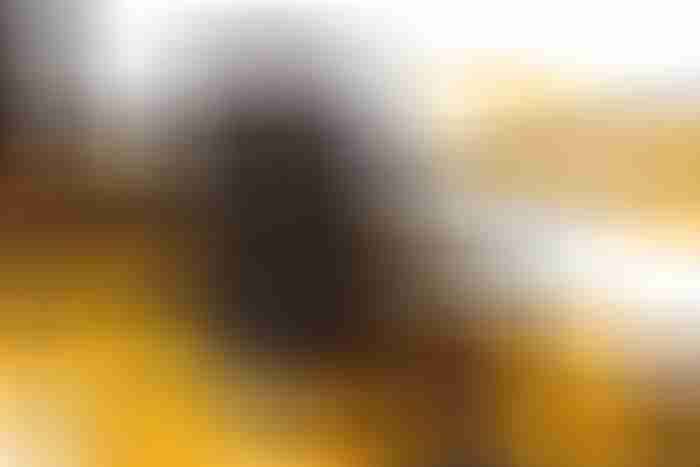 Sailing from a seated-at-the-waterline position is a totally new experience for those who are used to larger and more conventional boats. You don’t have to hike out, like on a Laser, to keep the boat upright. You aren’t scrambling around the trampoline, like you would on a Hobie Cat. You just sit there, kayak-style, working the rope-linkage tiller with your left fingers and the mainsheet with your right hand, the boat responding instantly to your touch.

Flick the rudder, centreboard and MirageDrive up—a process which takes about six seconds—and your draft is less than four inches. I’ve gunkholed this thing upstream as far as I’ve taken any canoe, to the point of having to back her out because there’s not enough water to turn end-for-end. A double-bladed kayak paddle waits on convenient clips for these occasions.

Until this boat arrived, the on-the-water workhorse of our northern fleet was an old aluminum Alcan Springbok open runabout with a ten-horse Johnson outboard. Going fishing? Take the Springbok. Sunset cruise? Springbok. Photography outing? Springbok. Sundowners at the next dock? Springbok. I know many cruisers who say the same of their Zodiac or Avon tender.

But now the Mirage is the go-to boat for all of these activities. Unlike a canoe or kayak, it’s easy on the knees and shoulders of older skippers. It won’t dunk you if you stand up to land that perfect 20-pound bass. It has enough cargo space to keep your papers, camera gear and even a few overnight bags dry. It’s fast enough, with sufficiently little pedalling effort, that none of us are really that worried about getting tired out on the wrong side of a bay when the wind changes. 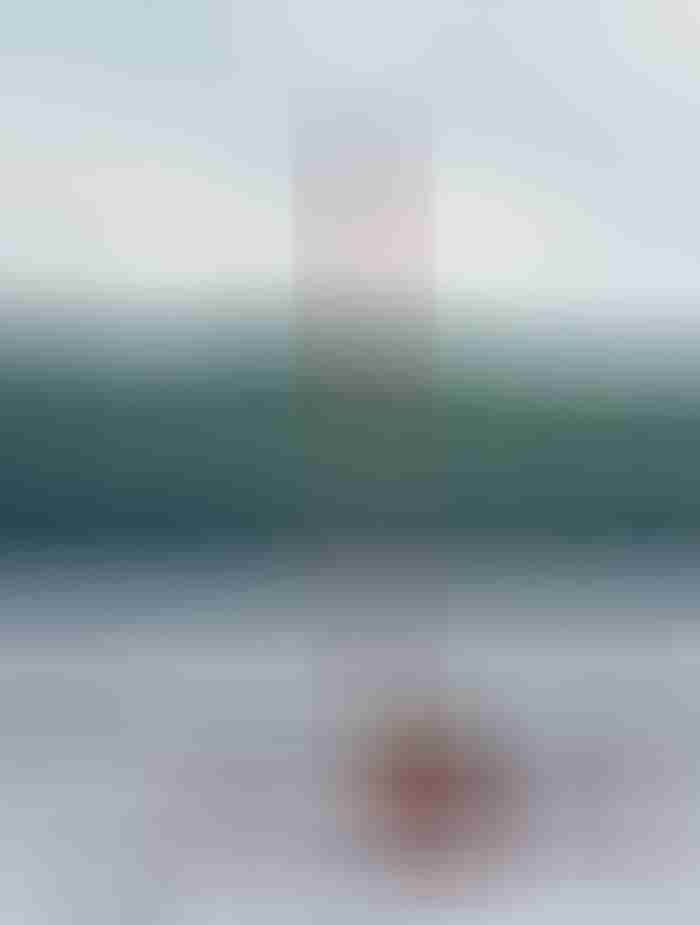 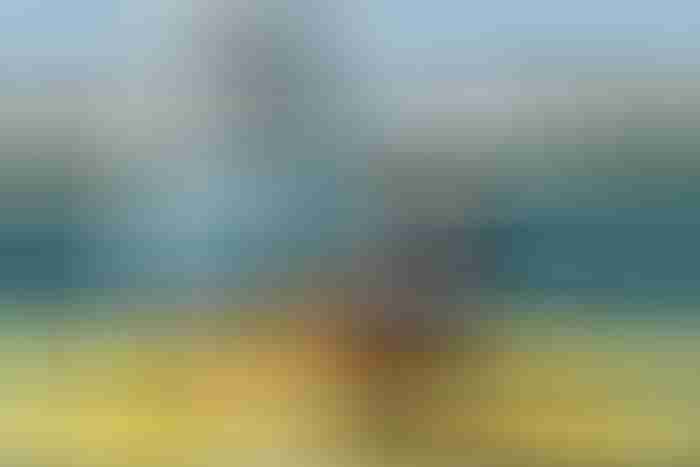 For a cruising boat, unfortunately, I can’t really recommend the Island or Tandem Island as tenders, unless you have eighteen feet of deck space in which to lash them down. They’re not large or heavy boats, but they are long and very awkward when out of the water.

The smaller rotomoulded versions, though, or the inflatables, are awfully tempting. The folding i12S, or the i14T for couples, have the remarkable MirageDrive, are stable enough to ferry gas cans to the mothership or to fly a small sail, and fits in a three-foot lazarette when not in use. As a fun, keep-you-fit alternative to fighting with a finicky outboard every time you need to go ashore, one (or two) of these would be awfully hard to beat. 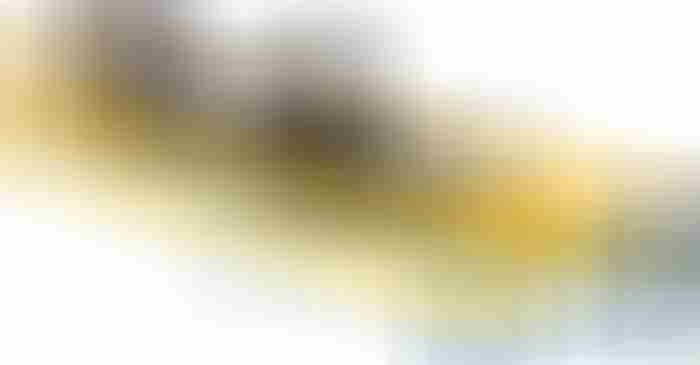 Have you found a fun alternative or addition to the common outboard dinghy as a tender? Please leave a comment.

Matt received no special treatment or consideration from Hobie, and the boat pictured above was purchased in Ontario, Canada in 2013 for standard show-sale price. Attainable Adventure Cruising Limited have not received any benefits or payments from Hobie.

Hi Matt, They look like boats which can deliver a lot of fun. I don’t think any boat (maybe Hobies) have delivered more fun to more people than the Sailfish/Sunfish designs of my youth.
Thanks, Dick Stevenson, s/v Alchemy

I originally learned to sail on a Sunfish, many years ago. Ours was lots of fun, although always a bit sluggish – they were supposed to be 120 lb, but ours was closer to 210 lb having absorbed far too much water into its “closed”-cell foam….

Thank you Matt.
An interesting post and a little boat I’d have known nothing about otherwise.
Thanks.

I’ve used several versions of the Hobie Mirage boats, including a smaller trimaran. I can definitely support Matt’s positive view on both the pedal drive and the functionality of the whole Mirage model concept. It’s all very simple and meant to work without any fuzz. Anybody who is able to walk can just sit down in one of these an be fully operative right away. Zero learning curve. Sailing them is almost as simple.

As a speed addict with many decades of multihull racing, my guts struggle with the soft rigs on the Mirages, but that’s actually my wrong. They are the right design choice and do exactly what they should do.

If you should be tempted to get one of these, I do have an advice though. The pedal drive has several versions, where the length of the fins is the difference. Choose the longest ones you can get. They are much more efficient and lets you get the power into the water way better. They are not harder work to use, rather the opposite, as you get the same speed at a lower cadence, but if you push more, you will be able to work harder.

Good point on the fins, Stein. The longer ones are indeed a lot better.

It took me a while to get used to the idea of a super-flexible, soft rig. It just doesn’t seem right – no boom, no vang, just a sheet and a halyard. In the end, though, the performance speaks for itself.

A friend of mine owns a relatively rare Hobie Trifoiler which he and his daughters race (and I mean well over 20 knots) around Toronto Harbour. They seem to have massive fun.

Great post. Have you had a chance to try out those new Vantage CT seats? The website video suggested you could go a lot longer in a lot more comfort than with the earlier frameless seats. Any thoughts on the earlier seats in your boat, and whether it would be worth $900 USD to upgrade? Probably depends on state on one’s back (and wallet), and how long one typically sits at a stretch. If you added the optional tarps and moved around a bit, the technical improvements to the seat might not matter much. Thanks again for this great informative post.

I haven’t tried the new seats yet. The old frameless ones are indeed quite comfortable (for me), but may be rather less so for people with lower back issues.
If I were inclined to upgrade the seats, my first thought would be to do a home-brew beefing-up of the existing ones rather than spending $900…. but then again, I am a bit of a cheapskate!

Hi Matt
Great to see a post on the opposite side of the Dashew spectrum. LOL Here is another somewhat sportier candidate. http://www.multihulldesigns.com/designs_stock/daysail/12_tri.htm

I have no experience with tarps or other seats on the Hobie Mirage, but would guess the seats will give good value in comfort. The tarps I’d assume should be seen more as lounging area than tools for hiking out. The soft rig does work well, as mentioned, but adding righting moment will probably make it flex too much and not give as much speed increase as expected. Adding shrouds and a head stay would change that, but also compromise some of the benefits of the boat.

The Hobie TriFoiler is a very interesting boat. It was about 20 years ahead of it’s time. Now it would probably have sold a lot better. Back then most people just didn’t take it seriously. It’s actually a production version of Russel Longs “LongShot”. He had the A-Class 500 metre world speed record for å while. 43,55 knots average. The TriFoiler can’t achieve that speed, but it’s blistering fast and very easy to sail. I’ve tried it. It’s way more complex and vulnerable than the Mirage tris though. I assume the inspiration for the Mirage might partly come from the TriFoiler.

For most boaters, building your own isn’t tempting, and I might add, also not smart, for a number of reasons. Building your own tender or similar, is much more achievable than an oceangoing vessel, but will also cost way more time and money than estimated, no matter how much you estimate. 🙂 Still, it’s no catastrophe to give it up, so if a hobby building project is tempting, you might get plenty of fun and challenge with a lot of potentially useful knowledge gained.

If an actual tender is the target, a trimaran, even disassemblable or foldable, seems troublesome and too big. I’ve been thinking some about it and my ideal tender, if I can wish freely, is two mostly inflatable kayaks with a mirage drive. They can be put together as a catamaran and sailed. Daggerboard suspended from mast beam. Rudder perhaps also. Very simple but operative. Alternatively, the kayaks could be rigid, for better speed and structural stability as a cat. I haven’t designed anything yet, but might do that. 🙂