Topics > Crew > Getting On With Your Crew > Briefing New Crew 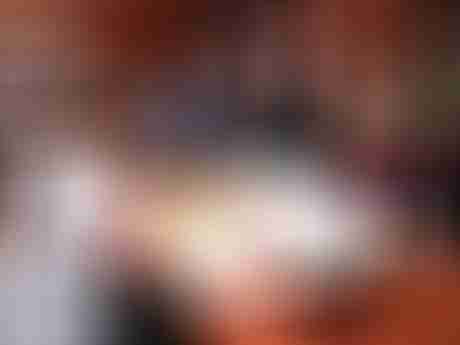 Working as a team

Once your crew are safely aboard it’s time to brief them on the boat and life on board. We always believe that this is best carried out once they have had some rest and settled in, as this allows us to go through things methodically—even a simple boat with basic safety equipment can be a lot to take in, especially when tired or jetlagged.

Basically, a pre-departure briefing can be broken down into three areas: – safety, watchkeeping and domestic.

Many skippers would argue that it helps differentiate from the outset between safety and emergency equipment, the former being what you use to avoid needing the latter. Safety is an attitude of mind, about watching out for the boat and each other at all times, and considering the possible effects of an action before doing it. The emergency equipment is the last resort—as the lifeboat crews say ‘you step up into a liferaft’.

Worst case scenarios such as fire, flooding and abandon ship should be covered in detail, so that the crew thoroughly understand what actions they might be expected to take prior to reaching for the vital emergency equipment. The second phase of this is a tour of the boat, pointing out where all of the emergency kit is stowed, together with a demonstration of how to operate each individual item. With a small crew it’s critically important that in the event of an emergency everyone knows where to go for the extinguishers, seacocks or liferaft, so ask them to go through the same tour again on their own later, rather than just rely on the initial briefing. If there is a particular logic to an action—a big, heavy valise liferaft in a locker may well require two people to retrieve and launch it, for example—then now is the time to plan for that, and, if necessary, assign the task to the most appropriate people.

The final part of this section of the briefing revolves around safe handling of the boat and her gear. If at all possible we try to follow this up with a shakedown sail before departure to blow away the cobwebs for all concerned. Throw in a good few tacks and gybes, put in and shake out a reef or two, and, most importantly, run through a man overboard drill—nothing concentrates the mind better. I like to talk all manoeuvres through with the crew, and make sure that they are clear with what’s being asked of them—much better at this stage than out there in the dark!

Assigning the watches and explaining the watchkeeping routine is crucial to a successful passage. Some people prefer to split the watch into couples on the grounds of compatibility, but this has always seemed to me to be potentially risky unless the couple concerned are obviously up to standing their watch—better to sort by experience and strength if you’re in any doubt. Explain any rules you have regarding harnesses or movements on deck, and under what circumstances to alert the off watch.

Whatever fuel is used aboard use for cooking has the potential to send you all to kingdom come, so the highest priority should be placed on explaining your systems and rules for using it. Equally, advice on the safe use of the cooker is important to reduce the risk of burns or scalds to the cook.

This is also the time to talk through water and electrical consumption, to ensure that we all live within our means. It’s easy to think that with a watermaker fitted, and decent size tanks that this is not a major issue, but I’ve seen a pipe come adrift losing half of the water capacity into a very mucky bilge, as well as several flat batteries. Everyone should understand the need to be frugal and alert to unwanted electrical items being left on. If necessary, prepare simple lists for the dawn and dusk change of watch, when lights, radar and the like may be switched on or off.

Finally, in our age of global communications, the question of access to the laptop and satellite phone for crew should be discussed. Whilst we none of us want to be burdened with the constant need to be in touch at all times when at sea, people at home nowadays want to be kept informed, so it makes sense to give each crew member some allocated access to the communications equipment. This is also a good time to outline your strategy for the coming passage with regards to potential hazards or weather—keeping your crew involved is not just courteous, but vital for morale too.

More than once I’ve sailed on boats where there was no kind of briefing at all. On a number of others it consisted of little more than the skipper pointing to the emergency equipment (what there was of it). Many old school skippers seemed to be of the opinion that to discuss safety was to tempt fate, and so the less said, the better. All well and good, but I doubt that would satisfy many people today. A well thought through safety briefing is simple and straightforward, and makes a positive contribution to the success of a passage, when measured in terms of arriving safely, boat intact, crew smiling and everyone looking forward to the next time.