Insurance For The Long Haul 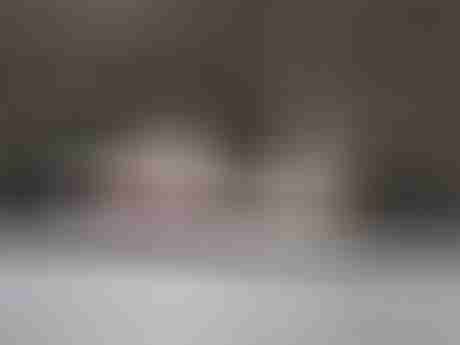 Accidents can happen, wherever you are

The legendary Bill Tilman wasn’t afraid of many things. Having survived the slaughter in the trenches of WWI, fighting with Tito’s partisans in WWII, establishing the route by which Everest was finally conquered and then late in life sailing a succession of elderly Bristol Channel pilot cutters to climb remote peaks in the polar regions, he proved that again and again. His life of adventure was a model of simplicity, frugality and self-sufficiency – ‘every herring should hang by its own tail’ was a favourite dictum. He only admitted to one fear when planning his latter day voyages to the ends of the earth, the short trip down the Lymington river through the moorings to the open seas and freedom, and claimed to have insured his boats for that stretch alone.

Few of us could emulate his exploits, and not just because Bill Tilman possessed more courage in his little finger than most of us possess in our entire bodies, but would we agree with his views of  the need for insurance? Sailing our craft anywhere these days almost certainly demands insurance, at third party level at the very least. It is now very difficult to navigate in European waters without insurance, and one of the first things that officials will want to inspect on arrival in a new port is the certificate of insurance.

To Insure Or Not?

On our voyage so far we’ve met a few crews traveling without insurance. Generally they have been in rugged steel boats, or elderly wooden craft, either too hard up to insure them, or they espouse the philosophy that self-preservation is more important, pointing to belt and braces rigging and heavy ground tackle with multiple anchors. Most have flown under the wire by anchoring everywhere, and avoiding any harbour where papers are likely to be inspected. ‘Sailing without insurance is a frame of mind’ as one German skipper put it to me.

Whilst it’s hard not to admire such nerve, and we heartily agree with the need to be ready for anything, sailing Pèlerin without insurance was never going to be an option for us. She is our home and most of everything we possess, and although the insurance premiums are hefty they are definitely a price worth paying, not just for our peace of mind concerning our investment, but also in terms of our responsibility to others in the event of an accident.

It’s also true that it is becoming harder to sail a yacht to some of the most remote places without insurance or permits. Entering the national parks in Greenland or the Antarctic now demands substantial insurance as part of a permit, not just to cover the cost of rescue, but also to cover any environmental damage caused. Failure to obtain the relevant permit and insurance for such places leaves the crew open to prosecution in their home country, and may even result in more draconian legislation or restrictions on yachts wishing to visit in the future.

But Where To Find It?

And it won’t be cheap, nor will it be available off the shelf, as there are few insurers who are prepared to cover remote areas. In some cases, it might not even be available at all. Pèlerin has been insured since day one with Pantaenius, probably Europe’s most respected insurer amongst long distance sailors. With a well earned reputation for straight dealing and comprehensive cover, we have always found them a reassuring partner, but when we outlined our plans to visit some of the West African countries they simply pointed out that they wouldn’t cover us, citing the remoteness of the locations and costs of repair or recovery. As we’re unwilling to change our plans, it’s therefore been a case of finding an insurer that will cover us or go uninsured – and for reasons I’ve already explained, that’s not an option.

So I emailed all of the UK based insurers I could identify with an outline of our itinerary, and not one even bothered to reply, which may say as much about British conservatism as for their disinterest in potential new business. But we got an instant response from the one French agent we contacted, Alain De L’Assee in La Rochelle, with a financially acceptable offer of coverage from 60º N to 40º S with French insurance giants Groupama. Possibly this is a reflection of the fact that more French boats travel to some of their old territorial possessions like Senegal than from any other nation, but we’ve also encountered Dutch and German boats heading in the same direction who obtained coverage at home, so it can’t be that alone.

It’s a little daunting to change to a ’foreign’ insurer, though, and reading the small print in the proposal has to be done in bite size chunks to avoid mental collapse. But it seems to be the only way to go at this stage, so we’re getting used to the idea. What Bill Tilman would have made of such pathetic concerns is debatable, but equally what he would have made of his old country in these times perhaps even more so. And if he were around and wanted to repeat his arctic voyages, the chances are he’d have to go through the same process – to his astonishment and contempt, I don’t doubt.

Subscribe
Join Us To Comment ("About" on menu)
30 Comments
Oldest
Newest
Inline Feedbacks
View all comments
≡ Menu
This is a guest wpDiscuz
This site uses cookies: Find out more.