An Analysis Of Boat Heating Systems 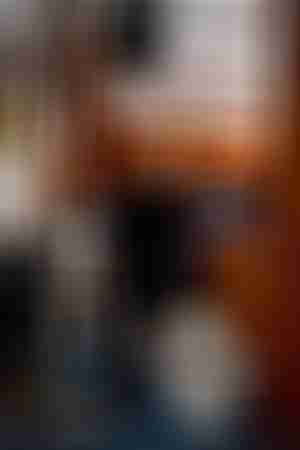 We have long heard the praises of the Danish Refleks diesel drip heater sung by the many expedition sailboat owners that have them, but since we simply don’t have a good place for one, or its chimney, on Morgan’s Cloud, we had never had the chance to use one before the month we spent on Polaris in Greenland.

During that month, the Refleks heater burned 24/7 with total reliability and perfect combustion, with no smell of diesel or smoke, despite some strong and gusty winds.

The Refleks has many advantages over the Eberspacher (Espar) bus-type diesel hot air furnace that we have long used on Morgan’s Cloud including:

The Refleks is a fundamentally simple piece of gear. About the only major spare you need is a regulator. Contrast that with the Eberspacher and Webasto heaters, which are complex computer-controlled furnaces with scores of parts, the failure of any one of which can bring the whole system down.

On Morgan’s Cloud we have pretty much a whole spare heater in parts. Having said that, I have to admit that in the 12 years and the approximately 6000 hours it has run since we fitted it, the Eberspacher has never let us down—but read on to learn about the cost of this reliability.

Ideally, the Espar (Eberspacher) and Webasto heaters should be completely stripped and cleaned, as well as having the glow plug and some other small parts replaced, every one to two years. Although I have taught myself to do this from the service manual, it is not a process for the mechanically faint of heart.  In fact, I dread it enough that when we are near a dealer I trust, I delegate it to them. Worse, the fan units in the Eberspacher only last some 2000 hours and are a real pain to replace.

The result is that we tend to replace this part on a preventative basis before the end of its life, further adding to the cost of operation.

The Refleks requires more frequent cleaning but this is a simple process that uses no expensive parts. Michael (owner of Polaris) informs us that the cleaning requirement is monthly for the Refleks when running continuously and more often when used intermittently since the lighting process dirties it more than continuous operation.

By far the biggest advantage is that the Refleks uses absolutely no electricity in contrast to the furnaces, which are hogs. Our Eberspacher can eat through 70-100 amp-hours in a 24 hour period when it is really cold.

The Refleks is not only a source of heat; we used it to melt snow for water, dry clothes, and cook on. Turned up it will boil a kettle in just a few minutes and turned down it will nicely simmer a pot of porridge.

Having said all that, diesel furnaces are not without some advantages:

There is nothing like the instant heat at the flick of a switch, particularly at sea, that our Eberspacher gives us, in contrast to the partial disassembly and messing about with fire lighters that getting the Refleks going demands.

The furnaces have forced draft exhausts, rather than chimneys, that can be routed in fairly complex ways and that are not subject to the drawing problems that natural draft heaters like the Refleks can suffer from.

Polaris had a large diameter and tall chimney installed for the winter, but this would be impractical if sailing and Michael tells me that they have had the heater blow out in gusty gales with the smaller chimney installed.

Also, even the small Refleks chimney is very vulnerable to a stray sheet, unlike the furnace exhausts which can be placed well away from such hazards.

This vulnerability of the chimney, and the blow back problem, means that I have met several sailboats in the Arctic with Refleks heaters that cap off their chimneys at sea, thereby depriving themselves of heat at the very time it may be most needed to thaw out a chilled watch-stander.

The forced air furnaces distribute heat nice and evenly throughout the boat, which the Refleks does not. However, while the Refleks on Polaris is not so fitted, they can be ordered with heat exchanger coils that will feed registers in other parts of the boat. This often requires the addition of a small circulating pump, although, if one is really canny with the installation, convection in the water lines will do the job, doing away with even this small electricity user.

The Refleks draws its combustion air from the cabin, which requires sucking in quite a bit of cold air through the ventilators to replace it. This is both good and bad; good because it clears stale moist air from the boat, bad because it is less efficient than the partial or even total recirculation that a furnace can be set up to do.

On Morgan’s Cloud we can adjust various vents to vary the amount of outside air brought in by the Eberspacher: more in humid conditions, less when it is cold and dry.

In summary, both systems have their pros and cons. I think that if we were fitting out an expedition boat from scratch we would have a Refleks with a heat exchanger and registers, and an undersized Eberspacher hot air system; the first for long periods in port or at the anchor and the second to knock the chill off at sea and on brisk mornings.

As both Polaris and Morgan’s Cloud have, I would also install a heat exchanger hot air blower off the engine cooling system, since this delivers what is essentially free heat whenever the engine is running. This is a lot of mechanical stuff for one function, it is true, but being cold in the high latitudes is at best a trip spoiler and at worst dangerous.

Subscribe
Join Us To Comment ("About" on menu)
55 Comments
Oldest
Newest
Inline Feedbacks
View all comments
≡ Menu
This is a guest wpDiscuz
This site uses cookies: Find out more.