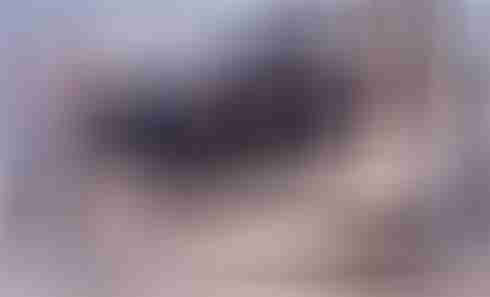 A fire aboard ship has to rank near the top of the “Things that Terrify Skippers” list. Fire is rare enough, and scary enough, that many of us might prefer not to think about it.

Can we make a boat fireproof?

The closest we could get would be an unpainted, uninsulated aluminum boat with no interior and no powered systems. Pretty much all wood-based products, most composites, most plastics and most fabrics are at least somewhat flammable under some conditions, not to mention the fuel for the engine and the stove.

We can, however, do a pretty good job of preventing a fire from starting, and if it starts, preventing it from spreading. These prevention measures form the single biggest component of the ABYC rules and the rules of the various class societies. There are far too many of them to repeat here, but they basically boil down to: Install equipment properly and never cut corners.

Even on a perfectly rigged boat, though, accidents can happen. If a fire does break out, you’ll want to be prepared.

We’d be mad to go to sea without a few fire extinguishers on board, and it’d be a fine idea to bring the correct ones for the materials on board our boat—there is, after all, quite a wide selection to choose from. Extinguishing agents are classified by the type of fuel they’ll work on. Fortunately for the globe-trotting skipper, these classifications are pretty close to universal.

Class A extinguishers will work on ordinary solid fuels, like wood and fabric.

Class B extinguishers are for liquid fires, such as gasoline, stove alcohol or cleaning chemicals.

Class C in North America, or an Asian E rating, is for electrical fires.

Class D rating indicates a specialized extinguisher for metal fires, such as those that can be started by damaged lithium batteries.

Classes K or F indicate a dedicated galley fire extinguisher, designed to work very well on cooking oil and fat (although a class B will also work on these materials).

We can see that the common 1A:5BC extinguisher, carrying 2.5 pounds of ammonium phosphate, will be woefully inadequate for any fire that couldn’t be killed with one bailing bucket. Its double-size sibling, the five pound 2A:10BC, is perhaps a more appropriate choice; it packs enough punch to knock out a stir-fry gone wrong, or perhaps a cleaning chemical spill on the electrical panel.

For a battery, stove or tank top fire, though, there’s no substitute for the big guns: a 10 pound 4A:60BC or a 20 pound 20A:120BC. That last one is a $200 beast that stands two feet high, and is heavy enough that some lightly-built crew will have a hard time handling it. Several smaller extinguishers instead of a single monster one might be a better choice.

An engine room fire is another beast entirely. Even with the relatively cramped engine rooms of many modern yachts, you might empty a couple of those 20-pound brutes through the extinguisher ports in the hatch and still not kill the whole fire. Permanently plumbed fire suppression systems, which flood the whole engine room with a combustion-inhibiting fluorocarbon such as FM-200 or FE-36, are arguably the most effective way to control a major fire. On any boat with a price tag in the high six figures or above, you’d have an awfully hard time justifying the omission of such a system. They are, unfortunately, far beyond the budget of most of us.

Where should they go?

Let’s say we’ve settled on five- and ten-pound ABC dry chemical extinguishers—a popular and logical choice, albeit far from the only option. How many should we have, and where should we put them?

We’ll want an extinguisher at hand as we’re leaving each space that contains a fire hazard. That puts one at the entrance to the galley, one outside the engine room hatch, one near the battery bank, one near the electrical panel, one near the top of the companionway, and one beside the propane and outboard gas lockers. If we have a walk-in engine room, we’ll also want one or two in there. Fires grow incredibly quickly, and you might have only a few seconds in which to kill one; running to another part of the boat to get an extinguisher wastes precious time.

This little exercise also settles the question of “how many”. By the time you’ve put an appropriately sized extinguisher everywhere you would expect to need one, you’ve probably exceeded the number you’re legally required to have by a factor of three or more. Not incidentally, this means that a second person can always be ready with a second extinguisher in short order if the first one’s not enough.

How do you use them?

Now we get to the important part, and it’s the part I’m not going to fully answer. Instead, I’m going to say: Go talk to the nearest fire department.

The basic “how to” is something we all know. Pull the pin, aim at the base of the flames, squeeze the trigger, sweep the spray over the fire. You’ll have about ten seconds of spray time in which to either put the fire out or cut it back enough for a second person to get there with another extinguisher. But that’s far from all that we, as skippers and crew, need to know when we have no-one else to call on.

So go to the local fire hall or Coast Guard dock. See if one or two of the guys would mind swinging by your boat for a beer after work. Ask them things like “if this stove went up, where would be the best place to hit it from?” Or “How could I get this into the battery bay without opening the lid and causing a flare-up?” If you’re really feeling hardcore, ask them if anyone knows where you can take an STCW 95 shipboard firefighting course.

It’s also a very good idea to get some practice fighting fires in a controlled environment, so you won’t panic when you have to do it for real. The fire department in my hometown had a big shallow water tank on a trailer, with propane injectors under it, to train random civilians on how to aim and fire an extinguisher. I think every kid in the district had proudly put that thing out by the time they were ten years old. Failing that, it’s not too hard to set something up with a few old pressurized water extinguishers (cheap and easy to refill), a local extinguisher serviceman, a few friends, and a nice big campfire.

Hopefully you’ll never need to use it, but what’s $400 of equipment and an afternoon making friends at the fire hall compared to the possibility of losing the boat and everything on it?