We consider it a great honour to be recognized by the Cruising Club of America (CCA) and the Ocean Cruising Club (OCC), both of which are composed of many members who are also deserving of recognition, having chosen a voyaging lifestyle with all its joys and challenges.

The Geoff Pack Memorial Award is given to a member or non-member who, by his or her writing, has done most to foster and encourage ocean cruising in small craft.

The OCC gave us the award in recognition of this website and also for the Norwegian Cruising Guide, which we publish.

2008 Far Horizons Award from the CCA 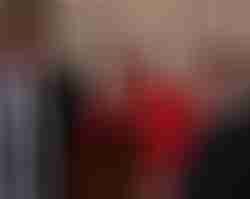 The Far Horizons Award was established to recognize members of the Cruising Club of America for a particularly meritorious cruise, or series of cruises, that exemplify the objectives of the club.

The CCA gave us the award in recognition of our northern voyages on S/V Morgan’s Cloud, including our numerous cruises to Greenland, Newfoundland and Labrador, and our two winters living on the boat above the Arctic Circle in Norway.