I rarely attend major boat shows these days, and sincerely don’t regret it. In the past I spent many a day on stands for whoever it was that I was working for, or supporting, at that time, generally in the foul aired mausoleum that housed the late, lamented (?) London Boat Show at Earl’s Court.

Not only was it a trial physically, but even then there didn’t seem to be much to get excited about, and that was in the days when the likes of Swan still attended and displayed, and money seemed to be far more plentiful. But now?

Regardless of the era, it’s obviously the case that boat shows offer the interested observer an insight into the direction that the market (and indeed yachting in general) is going, so when I get the chance I’ll still turn up.

Attending the recent La Rochelle Boat Show gave me a golden opportunity to catch up on ‘the industry’, and see where we’re currently headed, and if I’m correct in my analysis, it isn’t the direction I think we’d all like to see.

Designing an offshore cruising boat is an iterative process with many steps.

Some time ago I posted here with my views on the suitability of spade rudders for offshore cruising. Having lost a spade rudder that looked to be in A1 condition, naturally my thoughts at the time were coloured by that disaster. Despite the fact that I had up until that time owned three yachts that had spade rudders, had covered tens of thousands of miles aboard them, and but for a bad case of metal fatigue might never have had a concern about their use, my immediate reaction was to rule out having one on our next boat.

This chapter is a slightly humorous but oh so important demonstration, in the form of a mock pub (bar) argument, as two experienced cruisers argue and compromise about what to fit into a 40-foot offshore sailboat and what to leave out. As you search for a boat you will be having the same arguments with yourself and your spouse. This chapter will give you a good framework to settle on what really matters in the boat you buy.

There was an age, not all that long ago in the grand scheme of things, when technological progress was a slow, measured affair. Revolutionary new developments in materials science, in hull design, in manufacturing processes and in many other engineering fields were few and far between. The “state of the art” progressed at a pace that allowed everyone to catch up before the next new development hit. 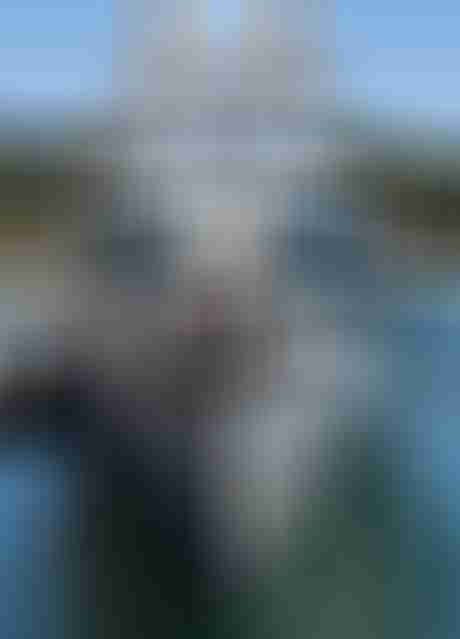 A fundamental fact of yacht design is that if you want to move a given displacement—which is the only sensible way to compare boat sizes—through the water without planing, the most efficient hull form is long and thin, as demonstrated by Steve and Linda Dashew’s 83-foot motorboat, Wind Horse. A boat that can move her nearly 50 US tons (45 metric tons) at 13 knots using less than 200 hp. Drop the speed to 11 knots and she uses around 120 hp.

I got to take a ride on Wind Horse today and was very impressed. And if you think she is extreme, read on. 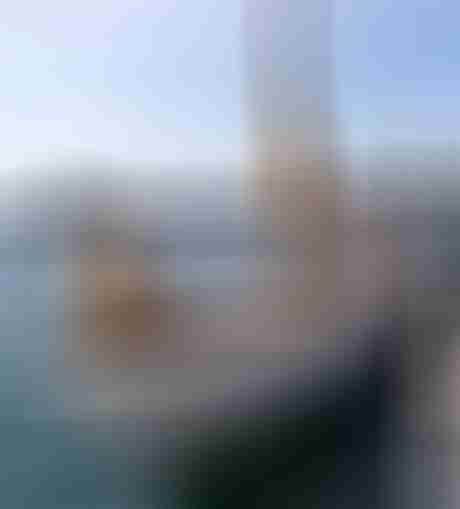 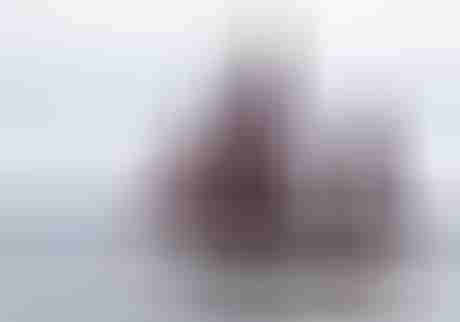 Question [edited for brevity]: I was perusing the boats for sale on the web and came across a number of ferro-cement hulled boats and I was wondering what you thought of that material in general for use in a cruising boat. Is it ever a good idea or is it a matter of manufacturer and current condition? Since I haven’t heard of any companies using it these days I thought it might be an indication that it was an experiment that didn’t show a lot of promise.

Considering buying a steel boat? If so, you owe it to yourself to read Colin’s chapters that examines a beautifully built steel boat and shares what it really takes to do steel right.

Many of you will be aware of the sinking of the sail training vessel Concordia off the Brazilian Coast last year. The Canadian Transportation Safety Board (TSB) have now completed their report. I see lessons in it for all of us that go to sea, albeit rather different ones than those trumpeted in the media.

When we arrived in Lagos, Portugal, I recognised a very smart looking cutter berthed near us as belonging to people I knew, so when I could see there was someone aboard I wandered over to say hello. After a brief chat, I was told that this obviously ocean-ready yacht was now up for sale due to a change of plans. Somebody’s going to get a great boat here, I thought, and this got me thinking about our own experience.

Pèlerin, an Ovni 435 from the French builder Alubat, is our fourth yacht, and the first new build that we’ve ever owned. And that hadn’t been our intention at all, as we’d been dead set on finding a nearly new boat, fully kitted out if at all possible. It was only when that proved too difficult (we simply couldn’t find a boat close enough to our spec at a sensible price) that we decided to go for new. And that has had its good and bad sides, as may be expected.

Whenever we lift our OVNI out at a boatyard, she soon attracts a lot of attention. Partly that’s due to the sight of a sizeable boat (seemingly) without a keel, sitting on her bottom, but especially the rudder in its kicked up position, pointing out behind her.

There’s no mistaking the profile of certain boats, so it was easy for us to recognise the red yacht transiting the Caledonian Canal one day in early April, despite the near blizzard conditions at the time. Vagabond is a well-known yacht in polar circles, and there is really nothing quite like her visually.

After nearly 20 years of going North, our decision for 2010 was to head South in search of new horizons and the sun. Last year in the Hebrides was wonderful, but when the weather broke in August we were glad to move on, and we know we’ll be back one day. 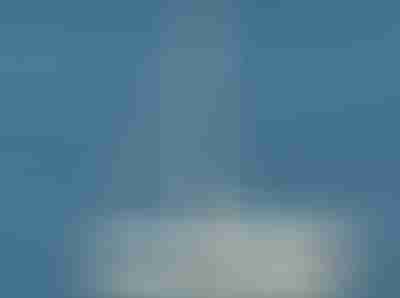 [We just got a great comment by Lawrence Trimingham from Bermuda, on our post on a late season crossing in a MacGregor 65, that we thought was so interesting that we are putting it up as a post. Lawrence has literally lived with the boat “man and boy” since his father bought Bermudian Escape 20 plus (?) years ago. He not only addresses the boat’s suitability for the crossing planned by the original questioner, he has also provided a really good overview of this very interesting cruising boat.]