Question: Would you, if you had the chance to refit free of cost considerations, stay with your slab-reefing system, or would you yourself seriously consider in-boom reefing? If so, why?

Question: We are looking at sonar options for use in areas with poor charts and low visibility. Our interest is primarily for checking anchorages and narrow passages, looking for obstructions. We have a small plotter/sounder in the dinghy, but nobody wants to go out in the dink when it is cold and rainy (and warm and dry on the big boat!).

I have heard a rumour that you guys have an EchoPilot unit:

In 2005, KVH abruptly stopped supporting the Quadra system, which had served us well for many years, albeit after its own set of teething problems. After considering most of the options and nearly settling on B&G, but finally being put off by a sudden and substantial increase to their already, in our opinion, ridiculously high prices, we settled on a NEXUS system from Silva Marine, a Swedish company.

In 1999 our trusty old Furuno combination weather fax/navtex machine died after many years of faithful service. We decided to use our PC for weather fax and buy a dedicated navtex. We selected a unit from ICS.

For the last few years we have been using TurboCAD for visualizing and designing projects on Morgan’s Cloud. TurboCAD is a great value, with much of the functionality of systems costing many times more, at just US$150, and you can often get it discounted to as little as US$80.00 by shopping around on the Internet.

Question: We want to replace the current inoperable depth sounder on our aluminum boat with a forward looking type (EchoPilot or Interphase), but we have run into the dilemma that the transducers suitable for our hull have bronze stems.We have been advised that bronze stems can be installed in aluminum hulls if the stem is well isolated from the hull and an aluminum donut is installed as well. We would appreciate any information you could provide us and what your experience has been, especially if you did install a bronze stemmed transducer on Morgan’s Cloud.

Question: Do you have bronze sea cocks in your aluminum hull and if so what level of corrosive activity have you seen?

Question: You call painting an aluminum hull a mug’s game yet you painted your hull?

Question: What advice and cautions would you have regarding buying older aluminum boats? I have been told to pay particular attention to the area under the heads and engine and around the through-hulls. Is there anything else you might be wary about in an older aluminum boat?

Question: Would you cruise the high latitudes in a fibreglass hull?

Question: We’re preparing our boat for cruising in the North. Do you advise a dedicated stern-anchor system? Lots of Scandinavians sail around with one. Danforth, CQR or SPADE? Right now our main bower is a 60lb CQR on 100 meters of 12mm chain. Our spares are a 60lb CQR and a 30lb Danforth on board. We have a spare 150lb Fisherman at home.

Our Tank Tender from Hart Systems is 20 years old and one of the few pieces of original equipment left on Morgan’s Cloud. 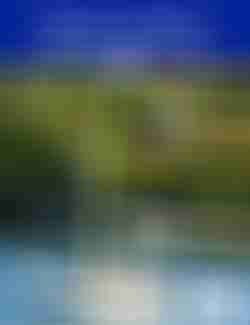 Question: The cruising guide for Iceland contains a list of Icelandic charts. Comparing that with the US chart catalog, the Icelandic coverage is much more extensive. Is it practical to expect to purchase charts in Reykjavik for the remainder of our Icelandic sailing? Are they in stock? Reasonable cost? Or would you recommend that I order all the coverage I need from the US catalog and add a few detail charts on arrival as I see fit?