This post was originally written months before Erik designed the Adventure 40 but it is still worth reading because it defines the goals for the hull form that we are working toward.

The number one criteria for the Adventure 40, that will trump all others, is that she must be sea-kindly. Why? Because this is a boat to cross oceans, not sit in marinas. And if she is comfortable offshore, that single attribute will contribute more to a successful and enjoyable cruise than all the wiz bang gear and condo-like interiors in the world.

So what does sea-kindly mean?

The Adventure 40 will be fast. Why is that important for a cruising boat? Because speed is one of the biggest contributors to safety and enjoyment offshore that a boat can have.

An Adventure 40 sailed by a middle aged couple will be able to make Bermuda in under five days in most any conditions, short of near-gale or more on the nose. Contrast that with a dumpy boat of the same weight that would take at least six to seven days to make the same passage. And then only if the wind does not go forward and she does not need to heave-to. In the more likely scenario, where one or both happen, the dumpy boat could be out there taking licks for two weeks or more—it happens every year.

Let me illustrate what a truly fast offshore boat is with an example: In the 1994 Bermuda race, if memory serves, eight boats from the drawing boards of McCurdy and Rhodes placed in their respective classes. This was no fluke. Last year Carina won the race for the third time. Over the years McCurdy and Rhodes boats have won silver in the Bermuda race with a far, far higher frequency than the percentage of those designs entered in the race would lead you to expect.

What’s happening here? How can these boats consistently beat boats that are much younger, more modern, and theoretically faster in a straight line? Simple…when the going gets tough the sea-kindly boat keeps going, while the more modern competitor is reefed and slowed down because the crew can’t take the violent motion and pounding. And that’s with tough racing crews aboard. Imagine the effect of the same conditions on a cruising couple.

And it does not take a gale to make this happen either. In just 20 knots of true wind forward of the beam, the crew of a sea-kindly boat will have the pedal to the metal and be having fun, and probably eating a good cooked dinner too, while the boat with a U-shaped bow and flat sections forward will be knocking its crew’s fillings out. Trust me on this, I have raced to Bermuda on both types. 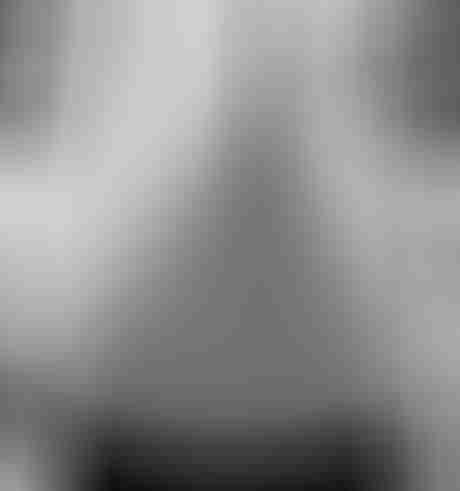 In my opinion, when these large flat areas start to connect with a short steep Gulf Stream or Bay of Biscay sea, the fun is going to go out of sailing on this boat in a big hurry. Not only that, although an owner of a sister ship to this boat assures us that she is too strong to be damaged by sea action (see comments), the pounding can be so bad that there will be a real possibility of significant structural damage on other boats with this hull form. We blew the bulkheads and furniture right out of a boat shaped like this on one rough race to Bermuda. Oh yes, and get five gallons of water in a shallow bilged boat and you will be living with it…in your bunk.

I can hear many of you saying “wait a minute” most cruising takes place on downwind routes, so why this emphasise on a boat that sails well with the wind forward? Three reasons: 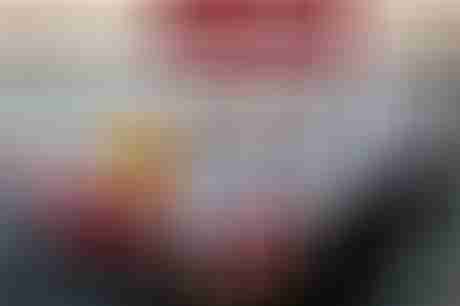 This hot racing boat would blow the doors off an Adventure 40 in a down wind race, particularly with a tough racing crew aboard. But put two Mom and Pop crews on the boats and send them off from Newport to Bermuda, a passage where the wind is likely to be from forward of the beam, and I’m betting on the Adventure 40. And even if the Adventure 40 loses, her Mom and Pop will keep going round the world. The Mom and Pop on the boat above will be buying a farm in Nebraska.

The Adventure 40 will be easily driven, meaning that the short handed cruising crew will be able to keep her going fast and comfortably without having to:

like you would have to do in lighter and more extreme boats.

By the way, old heavy boats can be hard to sail too. My old Fastnet 45, designed in the sixties, needed high heel angles and frequent sail changes to keep moving. She was also really twitchy to steer.

The Adventure 40 will be easy to steer with a wide groove going up wind and down, and little tendency for the helm to load up when she heels. She will also be able to broad reach and run in big breeze and waves without broaching.

I can hear some of you now. What about safety? What about stability? And of course you are right, that stuff is vital. But I have not got into those areas in this post simply because, in my experience, boats that satisfy these four basic criteria are both stable and safe.

Can It Be Done?

So, all of this seems like a pretty tall order. Can it be done? Sure, I have sailed a boat that has all these attributes for some 20 years and 130,000 miles, our own Morgan’s Cloud.

Let’s look at some of the things that make her hull great for offshore: 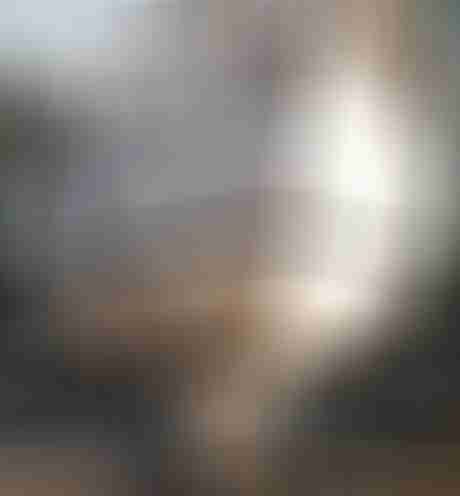 In summary: moderation in all things.

Don’t get me wrong, I’m not saying that the boat must be designed by McCurdy and Rhodes. Also, I’m not implying the Adventure 40 will be a small Morgan’s Cloud.

I’m well aware that naval architecture has made huge strides forwards (and some back) since the hull and appendages of our boat were designed back in the seventies, or Selkie’s in the eighties. And I fully intend that the Adventure 40 will take advantage of those advances. For example, replacing Morgan’s Cloud’s keel, with its sharpened lower edge, with a modern keel would make her more close-winded without increasing her draft.

So here is the bottom line: The Adventure 40 will be designed with an absolute dedication to seaworthiness and sea-kindliness (the same thing, really). No criteria will be allowed to intrude into the specification that will have any negative effect on the attributes detailed above.

That means that the hull form will not be influenced in any way by the need to shoehorn in a particular interior layout or a bunch of equipment. And that single commitment will make the Adventure 40 a better offshore cruising boat than most anything out there on the market.

I’m pretty comfortable with the contents of this post, which has also been checked out for technical accuracy by a real naval architect. Having said that, if you have comments, questions or suggestions, I’m all ears.

* OK, there is a bit of hyperbole here. But I’m serious that an Adventure 40 that pounds will never see the light of day, at least not with me involved.

Next: Adventure 40, It’s About Displacement and Righting Moment