We had an interesting to-and-fro with a reader who thinks that the benefits of carbon fibre for cruising yacht masts are trivial and that the same benefits could be realized in easier and cheaper ways. To understand why this is not so, and why carbon fibre as a mast material delivers such astounding increases in performance and comfort, we need to delve into a little simple—it better be simple since I’m really reaching here—engineering and yacht design. 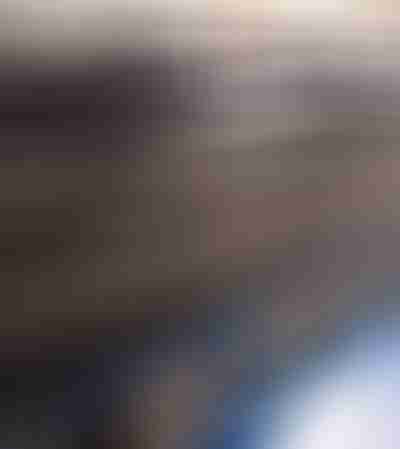 When designing a voyaging boat the naval architect must balance, among many other factors, the following needs:

Leaving out the stability provided by hull shape, to satisfy the above needs the designer is faced with balancing the force of the wind on the sails together with every ounce of weight above the center of gravity (hull, decks, fluid in tanks, mast, rigging, and on it goes) against the weight and depth of the ballast in the keel and any structure or fluids below the vertical center of gravity. Wait, it gets worse: as the designer adds more sail to get good performance he or she must make the keel heavier (we are assuming a fixed draft), and that then makes the keel bigger and drives the boat down in the water, increasing the drag from wetted surface, which in turn requires a bigger rig, which requires more ballast, which requires…you get the idea, a vicious circle.

However, going to carbon fibre for the mast is a virtuous circle since the boat gets both more stable, without adding ballast, and lighter, by the weight saving in the mast. The benefits are dramatic, and more than one might expect, because the effect of weight on stability is multiplied by its distance from the boat’s vertical center of gravity. For example, Morgan’s Cloud’s new carbon mast, with its weight saving of about 600 pounds (270 kilograms) over the old aluminum mast and its lower center of gravity, is like adding about one and a half tons to the keel, but without the above-detailed diminishing returns. 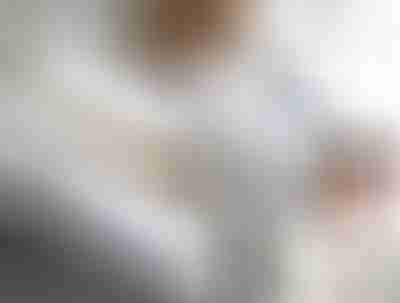 Or, to look at it another way, to make the reader’s suggestion of saving weight by buying a water maker and carrying less water equal to the effect of the new mast, it would require (assuming the water was stowed under the cabin settees) getting rid of an amazing seven tons or 1400 gallons (5300 liters), nearly six times more than we carry! (In fact Morgan’s Cloud’s water supply is in tanks in the keel stub below the boat’s vertical center of gravity and so having them full actually has a positive effect on her upwind speed and stability.)

Photographs of carbon fibre masts being built are courtesy of Hall Spars, and no, we have not sold our souls—we truly believe Hall Spars made us a great mast.

I haven’t read all in this online book yet, but can already say that I like it. I have to say that I think many read about the 600 pounds (270 kilos) saved in mast tube weight and let “common sense” tell them that since it’s less than 2% of the total weight of any cruiser that size, it can’t really matter. This topic must be just for the perfectionists.

Reading the next: (To equal that mast tube weight reduction by carrying less water requires) “…getting rid of an amazing seven tons or 1400 gallons (5300 liters)…” I think many think this must be a huge exaggeration. How can 270 kilos equal 5700 kilos? Well, it’s explained well in the article above.

I just wanted to give my testimony that this is no exaggeration at all. It’s pure math. Undisputable facts. I’ve sailed several boats that did the transition to carbon mast, before and after. This is very obviously not only numbers, but translates into a boat that behaves better, especially in waves. The change is just as dramatic as the numbers indicate.

The readers here are most likely on average much more pure sailors, and competent ones too, than the average sail boat owner, but I still have to mention that I liked the little kick towards a lot of “sailors” that frustrate me sometimes: “—that is, if the owner wants to sail and is not really looking for, as many are, a disguised motorboat.” 🙂

Hi
I’m writing to ask your sage wisdom. First of all congratulations upon the sale of your cherished Morgan’s cloud. I understand too well the bittersweetness
I own a Hinckley sou’wester 51, deep keeled competition model. I’m replacing her mast with a carbon rig from offshore spars
There are covid related delays and the mast won’t be complete in time for the marion Bermuda race. That was to be a new rig shakedown before a planned Newport to Scotland transatlantic crossing in early July
The rig will only have some local sailing about Newport once the mast arrives.
Is it prudent to depart for the crossing on a new and relatively untested rig?
Or…..delay a year
Many thanks. I recall your 6 month advice about new equipment

Hum, that’s a hard one that only you can decide. If it were me and the mast got me to Bermuda without issues, I would call it good and head across on the theory that racing to Bermuda would probably stress the new mast more than a trans-Atlantic, at least unless it was a very easy race.

I guess the greater question is would I do the Marion race with the new mast? I would say yes, as long as I was first able to take it out in big offshore waves and drive it hard for a few hours. That means getting out of the bay and offshore in swell in >25 knots wind and driving her hard to windward for at least a couple of hours to see what does not work. This is particularly important since the greater stability is going to stress everything on the boat at a higher level: winches, sheets, tracks, turning blocks etc.

Many thanks for tour comments. I’ll let you know our plans so dependent upon the rig’s arrival date

Hi
So far the mast has increased the yacht’s stiffness and made her ridge more gentle. Lumpy seas making some crew unsettled now are more settled. The yacht increases speed quickly with puffs
The spar maker left off the former baby stay of the old rig. The marine architect who designed the original aluminum
Mast feels the carbon is so much stiffer that the stay is not required. I’d appreciate your thoughts
The new rig is 450 lbs lighter than aluminum
Many thanks
Paul

If the mast and boat designers say no baby stay is now required, nothing I, or anyone on a forum can say has any value. Decisions like that must be based on engineering calculation, not guess work from afar.

For example, a lot would depend on the stiffness of the mast and that in turn depends on diameter and wall thickness. Point being there are a lot of variables here!

Anyway, enjoy your new rig. As Eric Hall is want to say, “a carbon rig is the cheapest new boat you can buy”.